If you look for pictures of Italian Tornados taken few seconds after take off you’ll find a few showing what appears to be a fuel leakage (similar to the one posted below) that many describes as “fuel dumping”.
Actually, that has nothing to do with the fuel dump, as the Tornado’s jettison outlet is located at the top rear of the fin. Instead, it is reheat drain: when reheat is cancelled, there’s a temporary overpressure caused by unburnt fuel (accumulated in the jet pipe, upstream of the nozzles, after being injested by the fuel injectors when the Afterburner ignitor is no longer functioning) that is automatically relieved by venting some 30 Kg (66 Lbs) of fuel through valves located underneath the jet pipe. 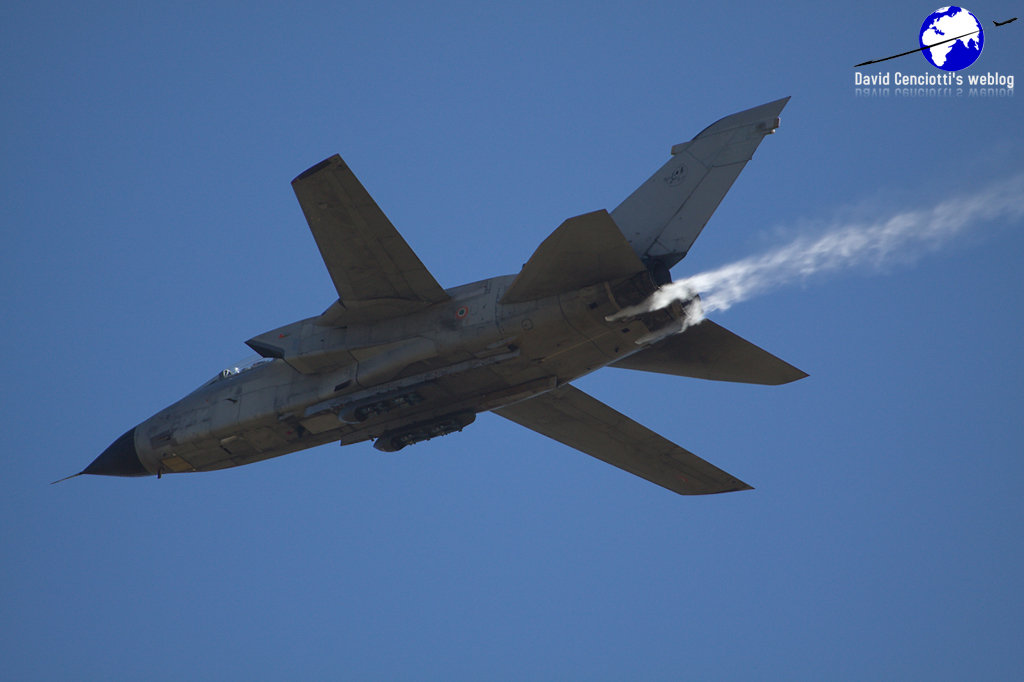 As usual, even in April 2010, 4 Dutch AH-64s of the 301 Sqn of the KLu (Koninklijke Luchtmacht), the Royal Netherlands Air Force, deployed to Frosinone airbase, home of the 72° Stormo of the Aeronautica […]

A new role for one of the most advanced combat jet trainers that is also a candidate of the U.S. Air Force T-X advanced trainer program From Feb. 4 to 12, two T-346As (Italian Air […]