In spite of the current situation in Libya (120 dead, fights all around the country, Benghazi airport closed, etc – for a live update I suggest following the story on Twitter using the hastag #feb17 or #Libya) Afriqiyah Airways flight 8U 00947 from Rome to Tripoli flew regularly on Feb. 19, 2011 (with 1,5 hrs of delay). I took this picture of the Airbus 319 registered 5A-ONI at 15.00LT immediately after take off from RWY25 at Rome – Fiumicino airport. 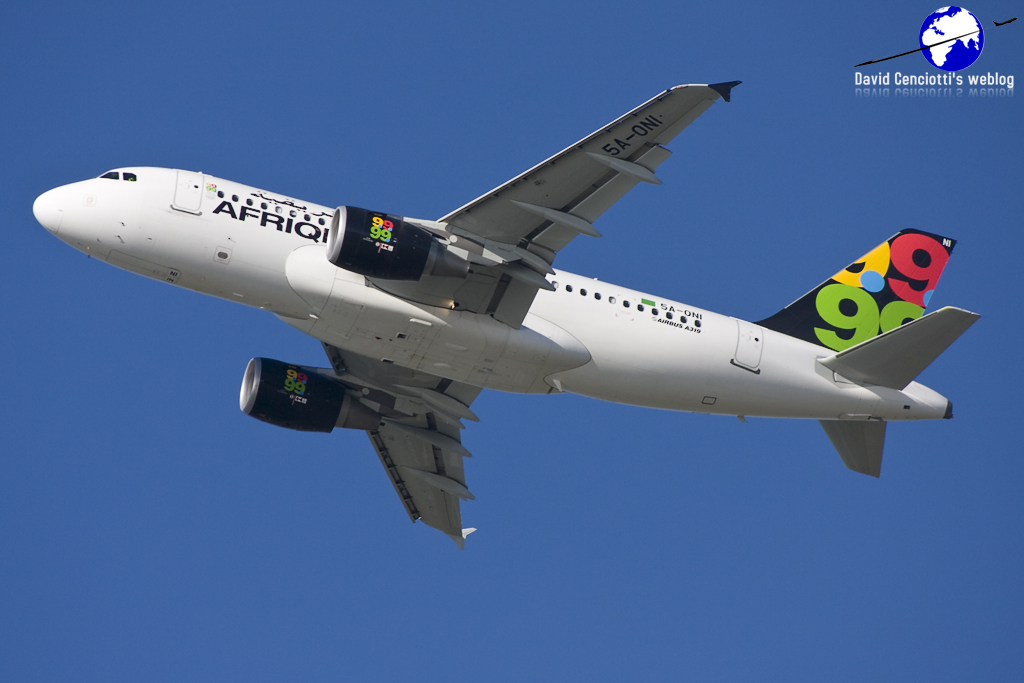