Follow Gulf Air 521, an Airbus 320 A9C-AE from Doha to Manama, as it performs the ILS for runway 30R at Bahrain International Airport in a video made by Mauro Redaelli, an Italian Gulf Air pilot. 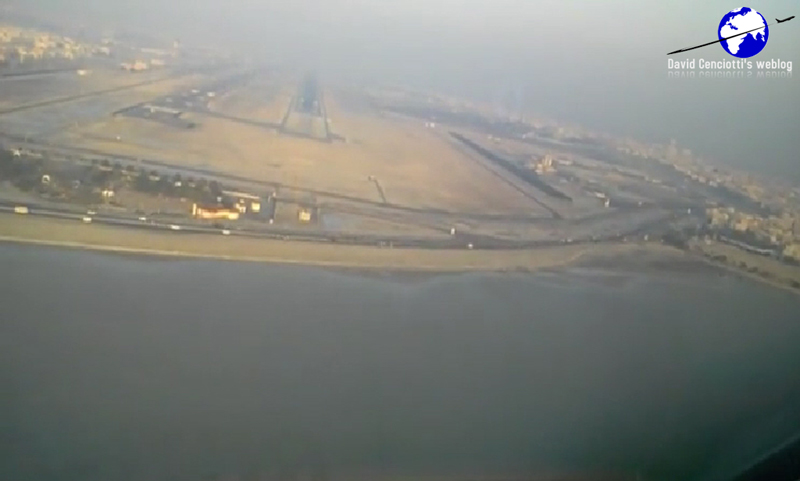 In addition to act as a hub for Gulf Air and Bahrain Air airlines and serve 60 destinations worldwide with 460 weekly flights of 39 international airlines, the airport is also the homebase of the Combined Task Force 53 ( CTF- 53) of the U.S. Navy, a department that is responsible to ensure the logistical support of allied land and sea pilots in the region by managing the fleet of aircraft and ships destined for this task. I took off from BIA on board a VRC-30 C-2 “Greyhound” to reach the USS Nimitz, operating off the coasts of Pakistan. The CTF-53 “Logistics” is just one of the 13 Task Forces (TFs) that make up the operational structure of the 5th Fleet, the command based in Manama, which is responsible for ensuring  deterrence capability  in an area of vital importance to U.S. interests, large about 13 million square kilometers and embracing 27 countries across the Red Sea, Arabian Sea and part Indian Ocean. Italian readers will find my special report about 5th Fleet, USS Nimitz (covering also Operation Enduring Freedom support) and Anti-piracy operations in the Somali basin and Gulf of Aden annexed to the March issue of RID.

Runway incursion of a B747-400 in Rome Fiumicino

The Italian Aviation Safety Agency (ANSV), will investigate in a runway incursion that took place on Jan 8, 2009, at Rome Fiumicino airport. A Thai Airways B747-400, with registration “HS-TGZ” departing grom Rome to Bangkok […]