Let’s make it simple. According to aircraft designers (often accused of copying from other projects….), modern fighters are similar one another because computers model more or less in the same way the shapes required to achieve the requested performances. Maybe. At the end of the day, although showing a certain degree of similarity at first glance, depending on the way a computer uses the law of physics and aerodynamics to solve a common problem, at a more in-depth look, each fighter shows its own peculiarities, as a consequences of the “personal touch” of the designing team.
Below you can find an image that compares a profile picture of the Chengdu J-20 and the profiles (both courtesy of Aviationgraphic.com) of the PA FAK (by Tom Cooper /ACIG.org) and the F-22 (by Ugo Crisponi). 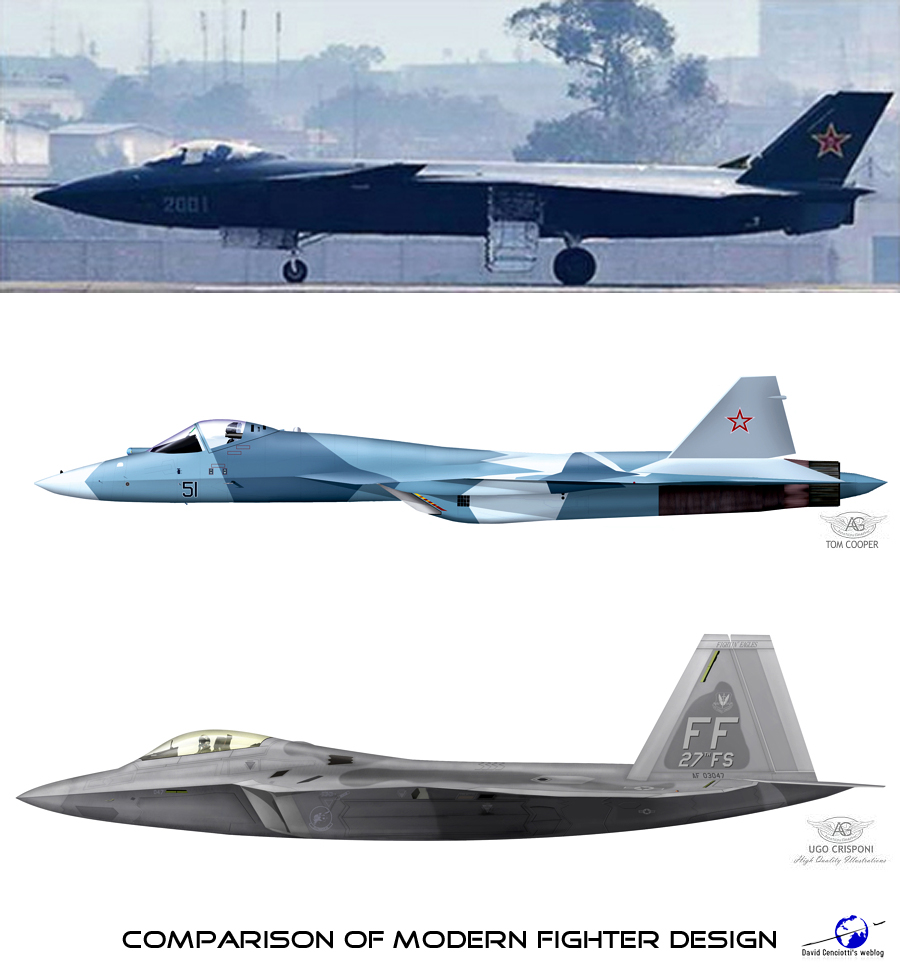 Whistleblower pilots who did not want to fly the F-22 now ready to resume flying the Raptor!

Here’s another chapter of the F-22 oxygen problems saga. According to their attorney, Frederick M. Morgan Jr, who talked to The Daily press on May 9, the two F-22 pilots who were among those pilot […]

Italian version available here Hydrazine is a colorless liquid (for more info click here) that feeds the electrical systems and the EPU (Emergency Power Unit) in case of engine failure. Should a flame-out occur, hydraulic […]

On Apr. 18, two F-35C Lightning II carrier variant aircraft launched together from Naval Air Station Patuxent River and conducted formation flying for more than one hour. The mission flown by the two aircraft, known as […]