The following images I took at sunset of Sept. 10 (just a few hours ago) show the MB.339s of the Frecce Tricolori lined up at Rivolto airbase for the night preceeding the 50th Anniversary airshow (10° Raduno Piloti Pattuglie Acrobatiche, Aerobatic Team Pilot Reunion). 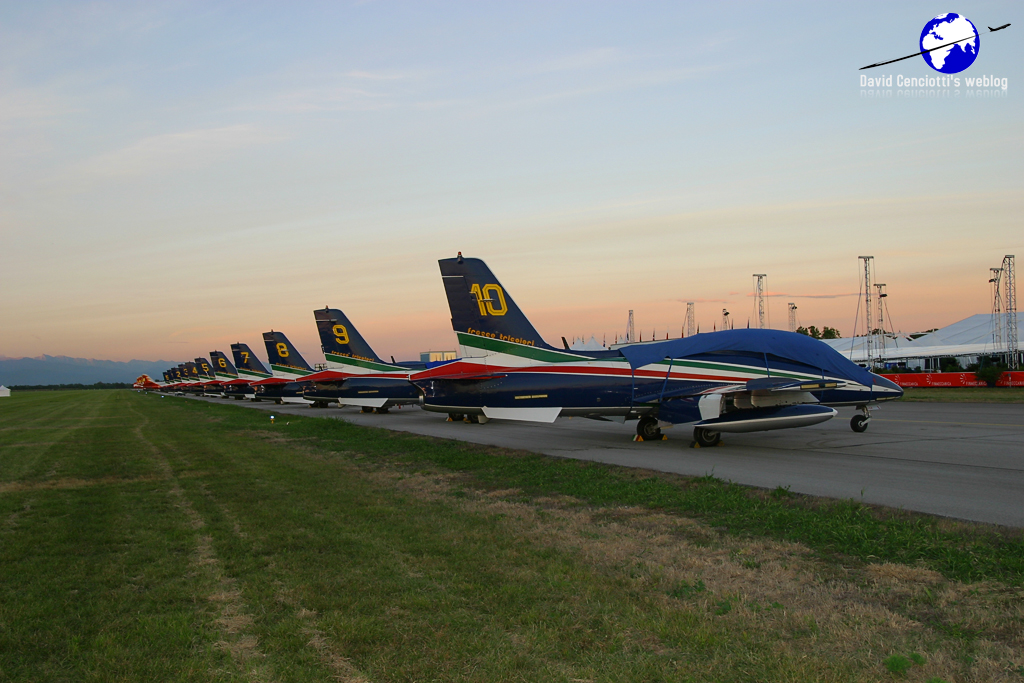 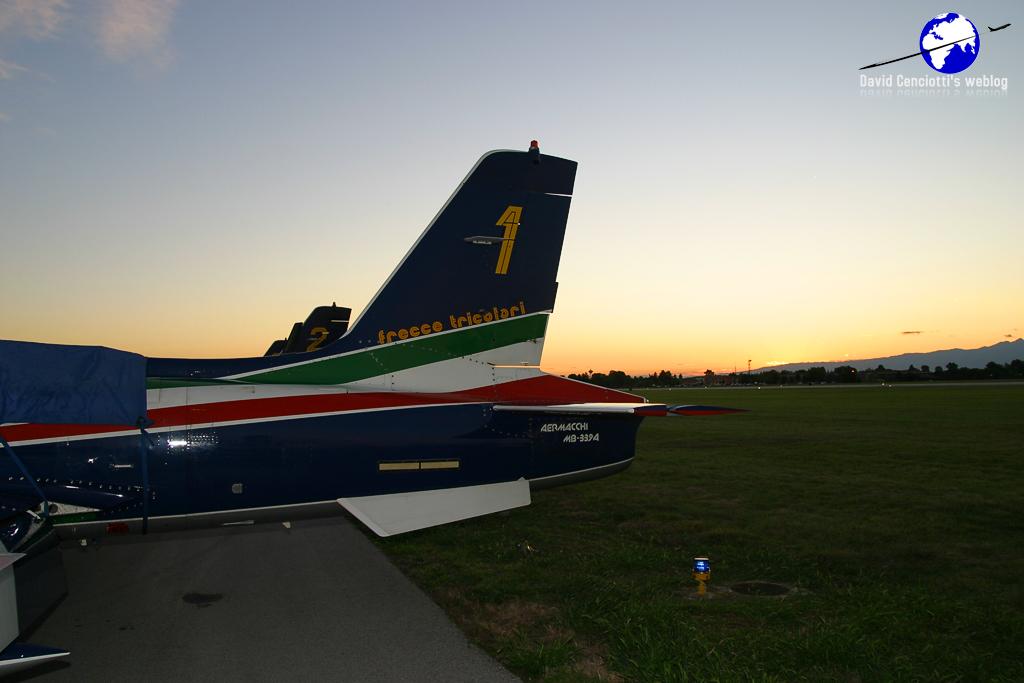 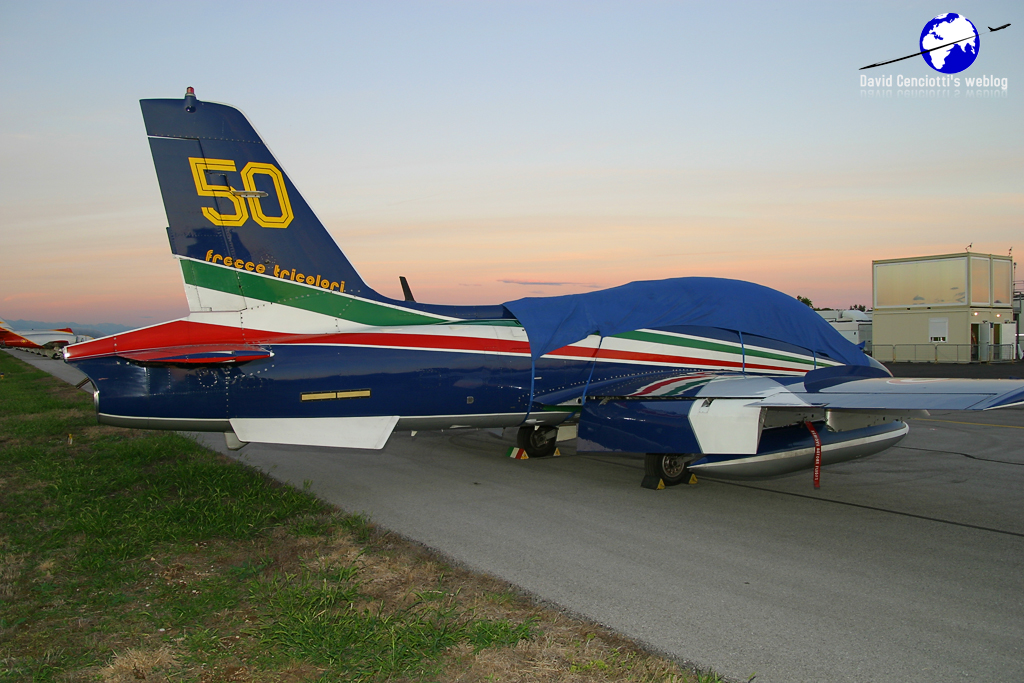