On Jul. 29, 2010, the Emirates A.380-800 “A6-EDG” flying as EK93 made its maiden Dubai-Milan Malpensa flight for the official presentation of the Milan Football Club shirt, sporting the Fly Emirates sponsor, made by Adidas, whose image appeared magnified on the left hand side of the fuselage, aft of the front door on the main deck. For the moment, the aircraft will not be used on a daily scheduled service between Dubai and Milan even if it be used on routes to Milan and Rome Fiumicino in the future. Actually, the Emirates one, was not the first A380 to land in Italy (it was the first revenue flight with the Super Jumbo): on Jul. 14, 2010, a Lufthansa’s one had already made a stop in Malpensa during a test flight from Germany.
Simone Bovi, took the following picture of the Emirates A380 departing as EK94 from Malpensa airport. 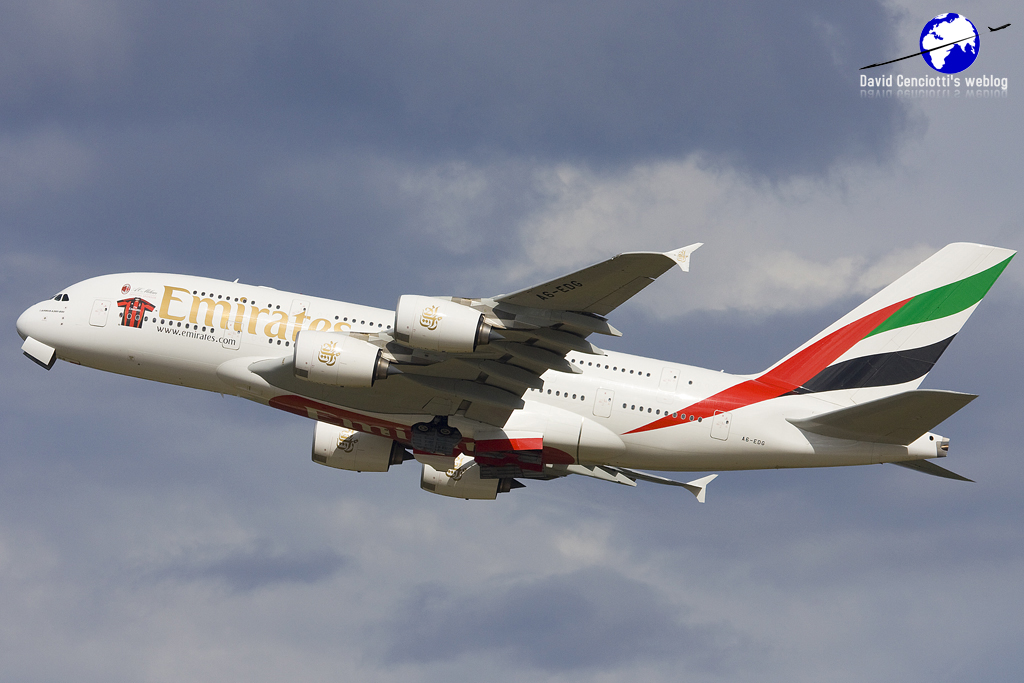 Anyone see something strange in this picture?

I took the following picture on Sept. 30, 2010, in Paris, France, at 16.47LT. Can you see something strange? If you open it you will notice what seems to be a small aircraft above the […]

Ajira Airways is a fictional airline, which appears for the first time in the episode 6, titled “316”, of the 5th season of the most famous American serial drama series “Lost”. The airline has a […]