On Nov. 23, 2009, around 14.10 LT, a C-130J belonging to the 46^ Brigata Aerea, crashed in Pisa, next to the active runway (more or less here) causing the death of the 5 POB (People On Board). According to the eye witnesses that saw the aircraft crashing into the ground, the aircraft had just taken off from RWY 22L (even if some sources reported that the aircraft had just performed a  Touch & Go)  and was performing a left turn (for a right downwind?) when it lost altitude, hit the cables next to the nearby railway line and hit the ground. The reasons of the incident are obviously unknown. The two “black boxes” were immediately recovered and will be analysed to determine the root cause of the crash. The aircraft was performing a training sortie that foresaw a certain number of touch and go) and nothing can be excluded so far: for sure, with such a large aircraft, a human mistake (a stall) or a catastrophic failure (loss of hydraulic pressure, structural failure) during a low level close pattern could have a disastrous effect. I tend to exclude an engine failure since the C-130J is a 4 engine aircraft; a dual engine loss is extremely unlikely.
The aircraft involved was MM62176 “46-41” depicted in the picture below (that I took on May 23, 2008, at Pratica di Mare airport); it was a KC-130J, a tanker capable of performing air-to-air refueling of various types of receivers. 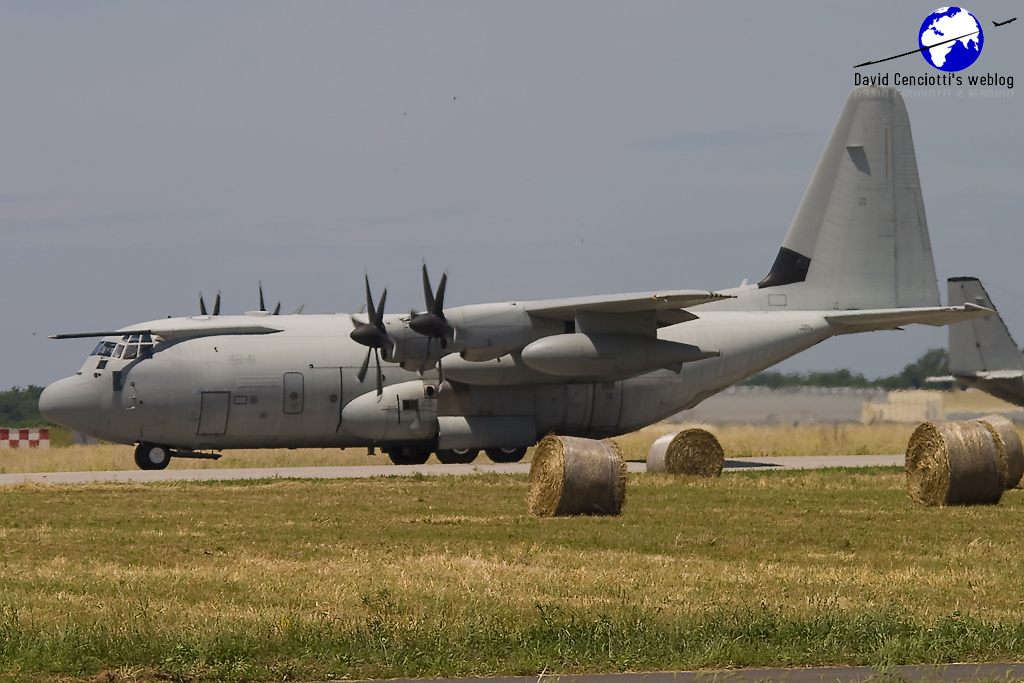