I recently explained how approaches to RWY 13 in Hong Kong Kai Tak airport could be spectacular, thrilling and somehow dangerous, especially with crosswinds.

I’ve often discussed crosswind (xwind) approaches (type “crab” in the search box to find the related posts) and explained that a common procedure used with xwind components, the aircraft is “crabbed” (meaning that a WCA, Wind Correction Angle, is applied by aligning nose and tail with the wind direction while the aircraft is following a different course).

Just before touchdown, the pilot usually reduces the WCA angle in order to prevent landing gear damages; however the “decrab” is extremely important on dry runways, because of the side load that could stress the gear on the gear, while it is not that important on wet runways.

Decrab is the phase of the landing with xwind in which the airplane is vulnerable to the gustings and for this reason, all aircraft have to apply cross-controls: left rudder, right aileron (if wind is coming from starboard) meaning rudder and aileron in opposite directions.

This doesn’t mean that the aircraft has always to lower the wing on the upwind side, but this may be required to keep the aircraft on the runway even though many experienced pilots landing on dry runway are able to land with levelled wings.

Crab and decrab must be applied by all kind of aircraft. People often thinks that only civilian wide bodies have to apply a WCA but also small fighter plane have to aling the nose with the wind direction as the following images, taken by Giuseppe Ferraro, show.

Giuseppe visited Trapani in July 2009 and took some interesting photographs of the local based F-16s landing with crosswinds. 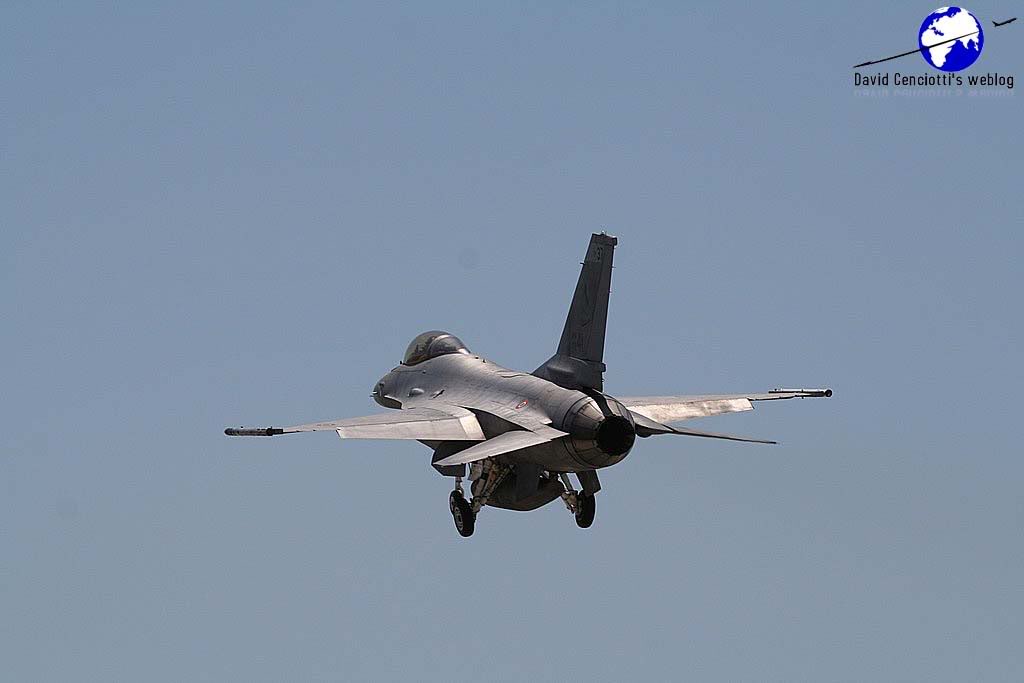 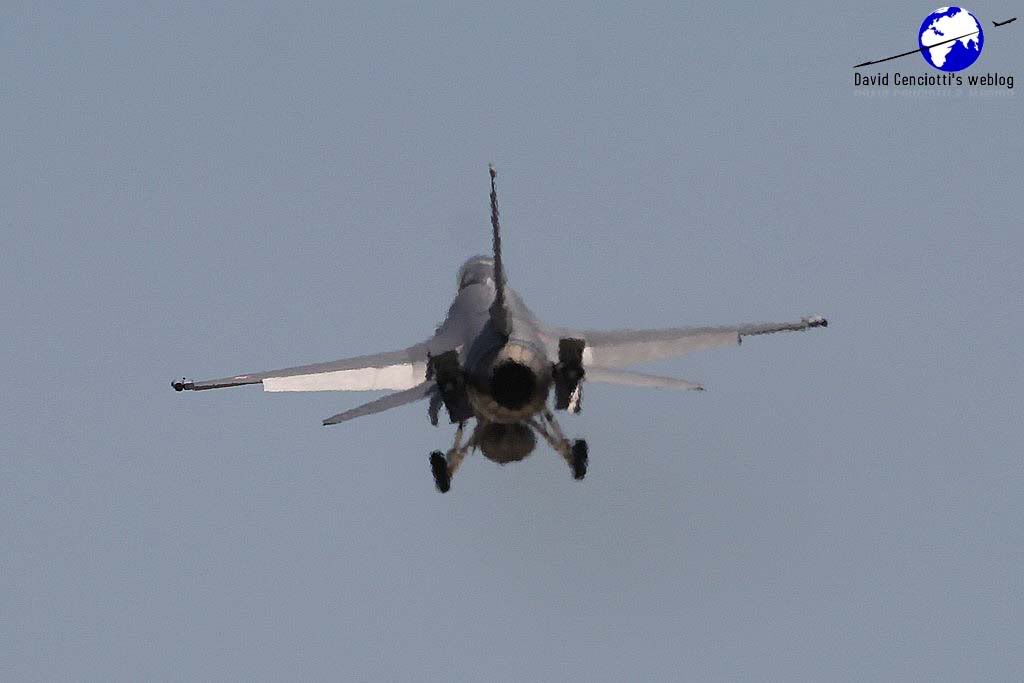 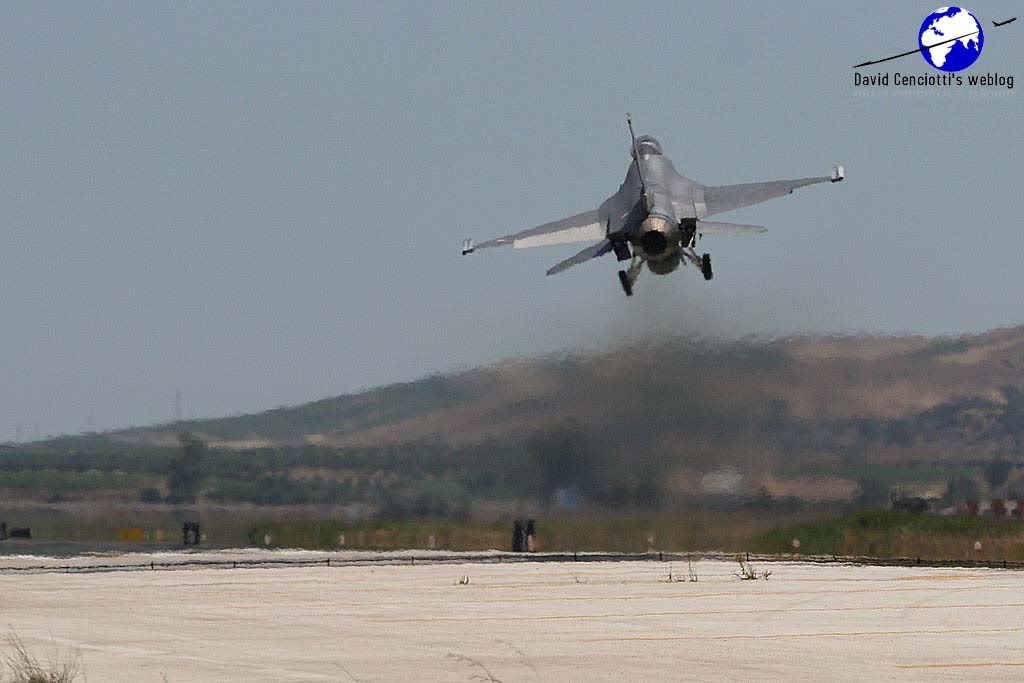 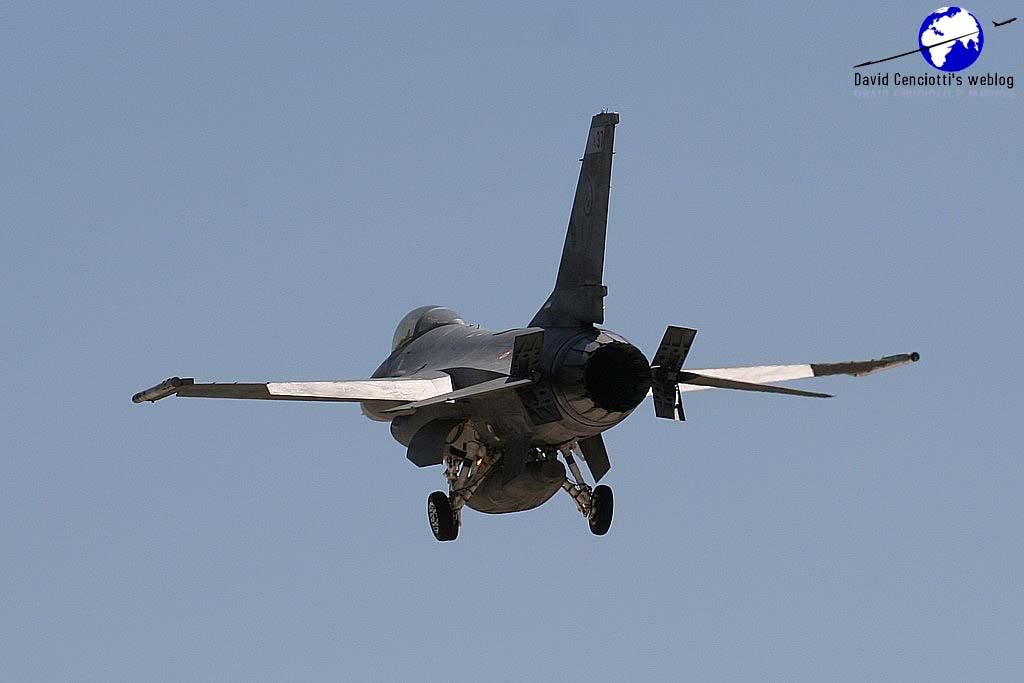 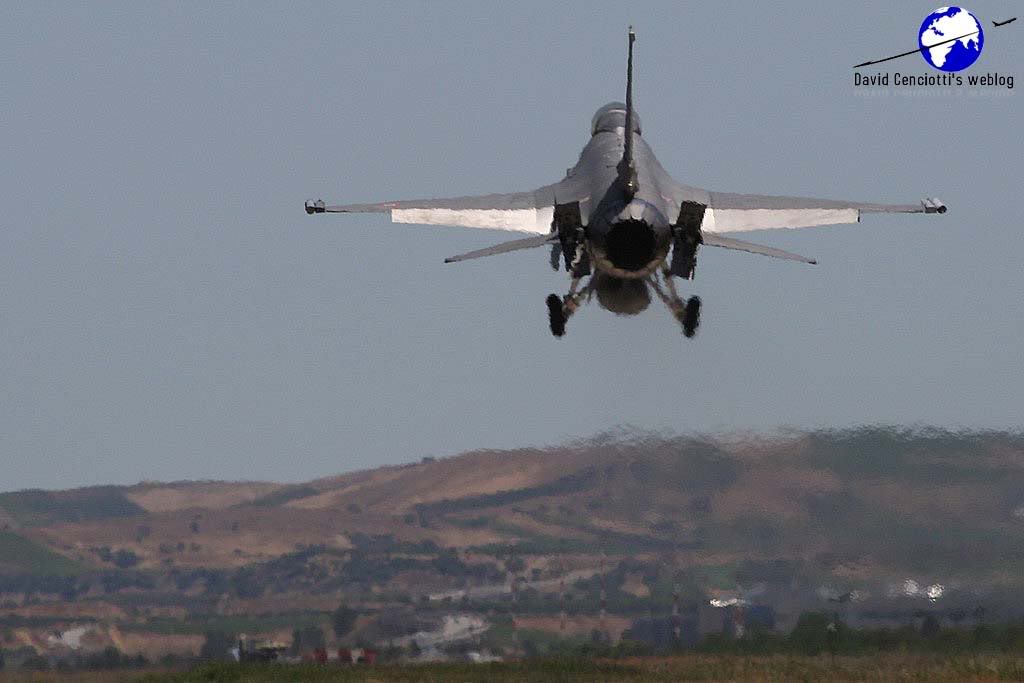 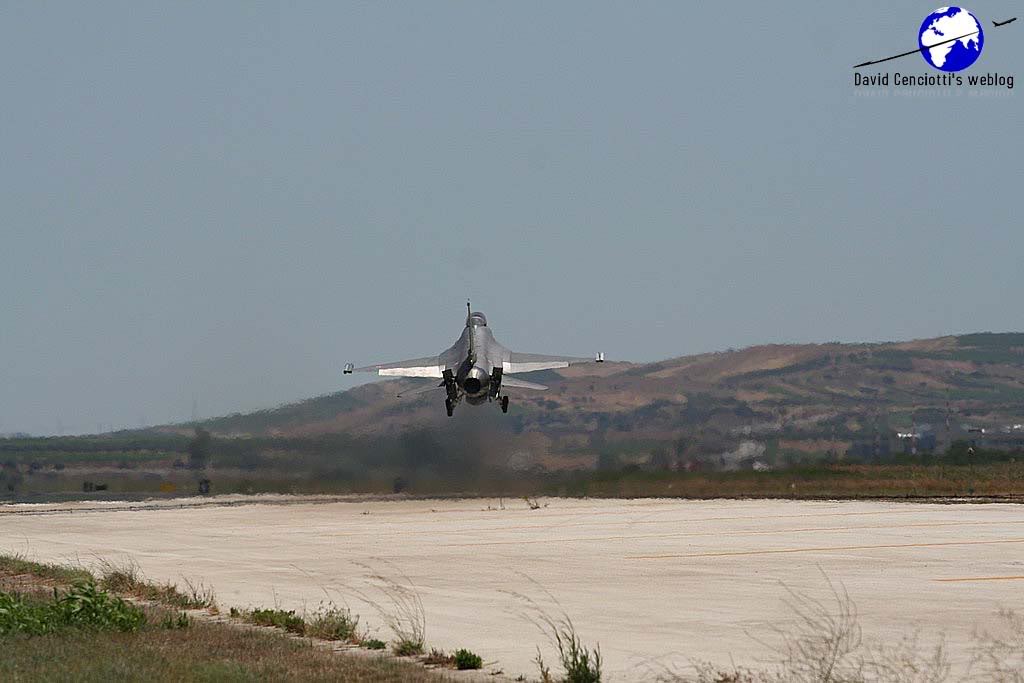 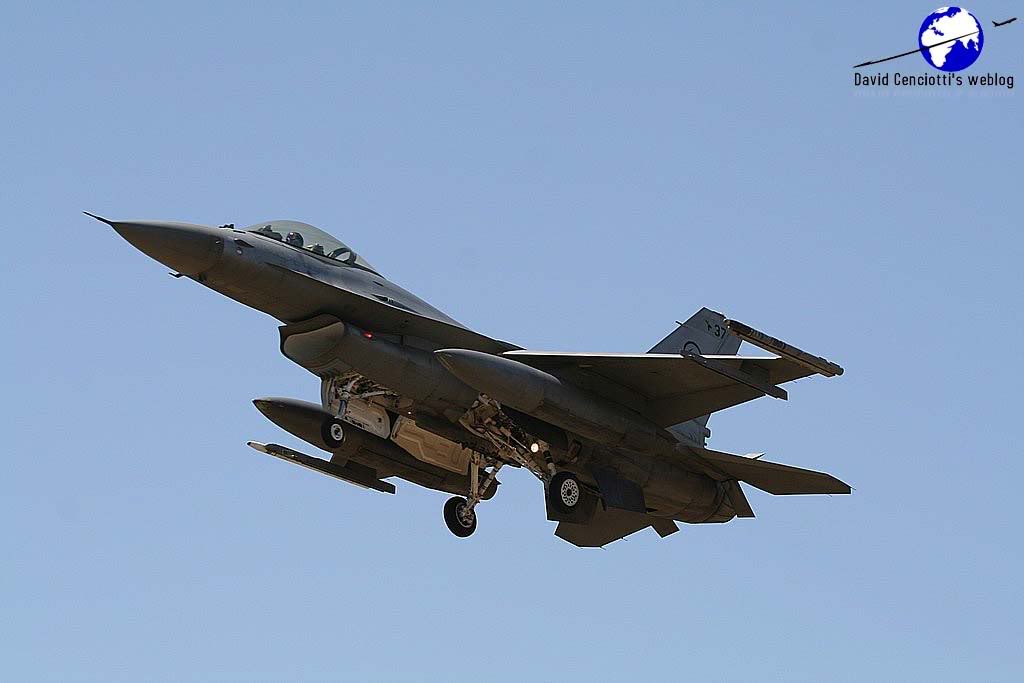 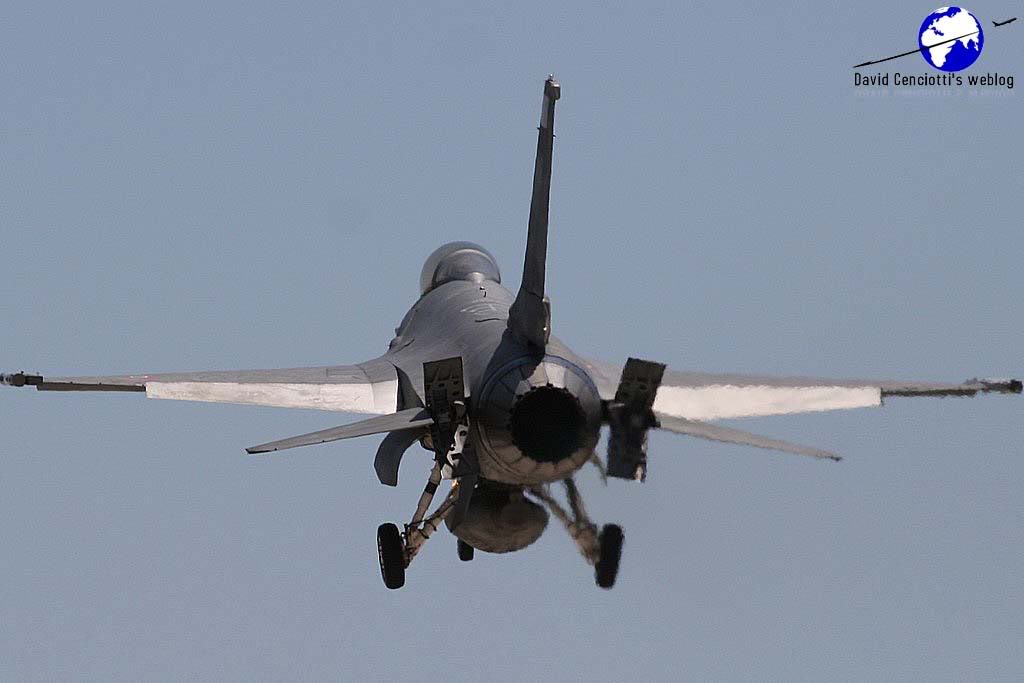 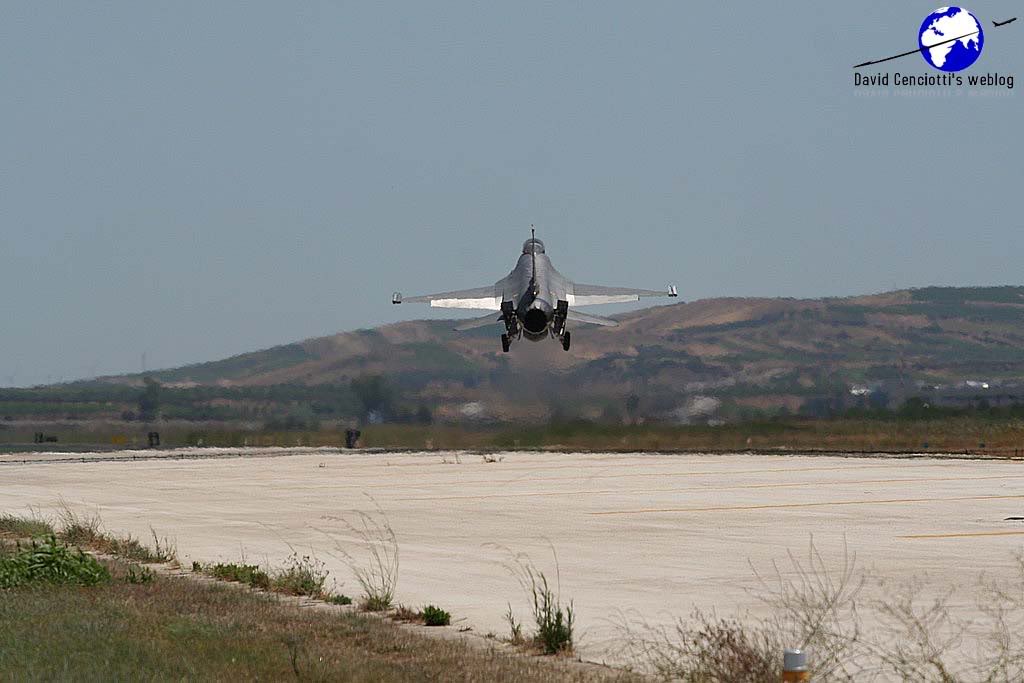 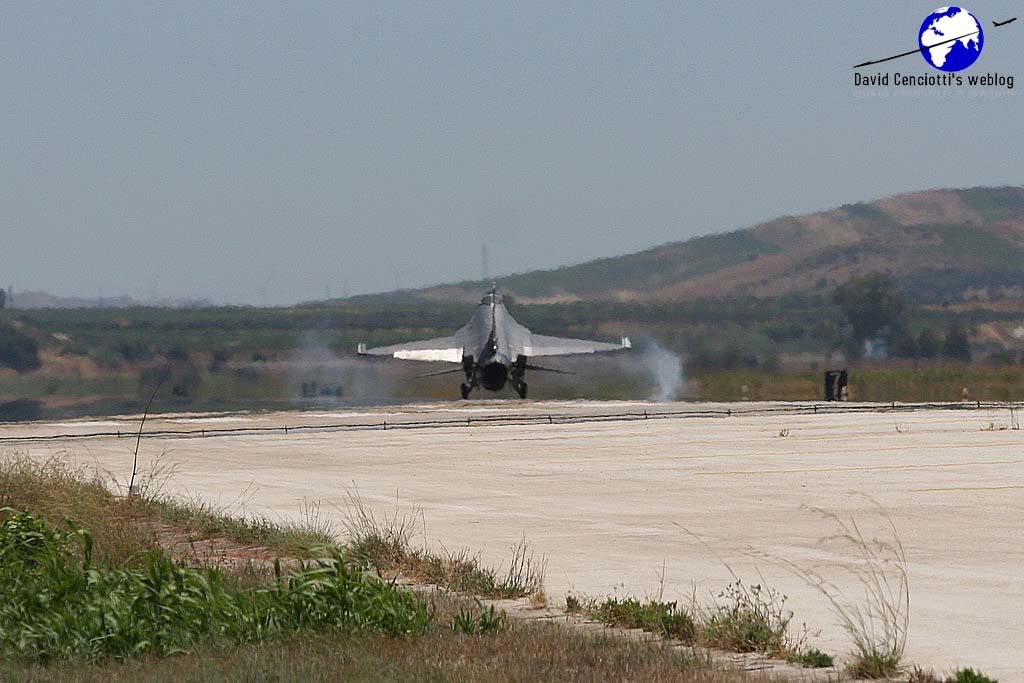 The following pictures are not crosswinds-related but show the 37° Stormo operations in a normal day of activity at Trapani – Birgi airbase. 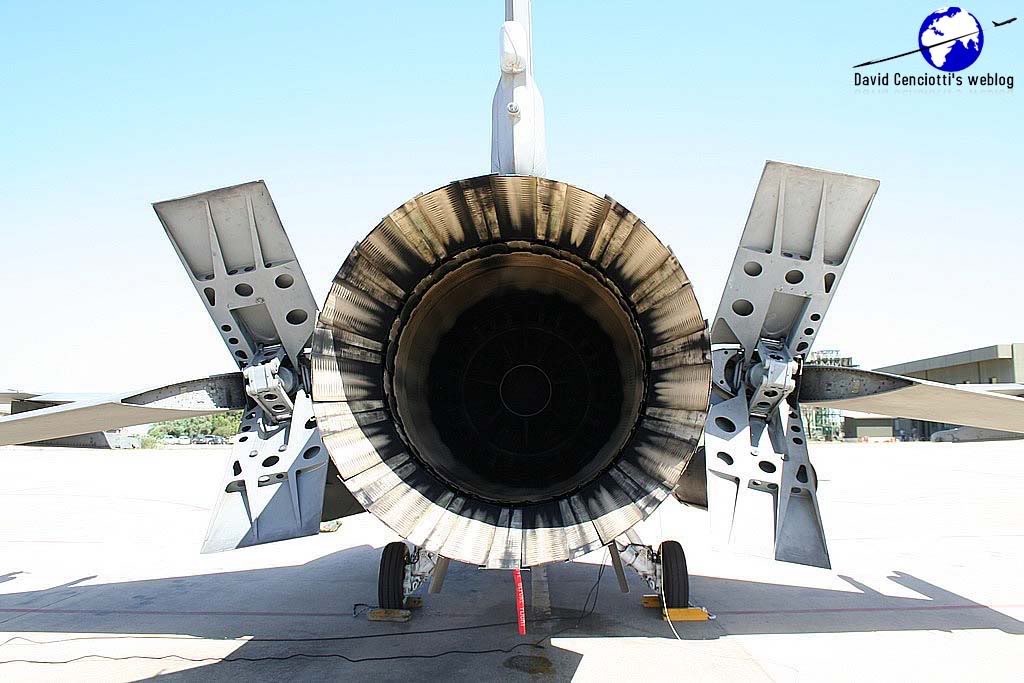 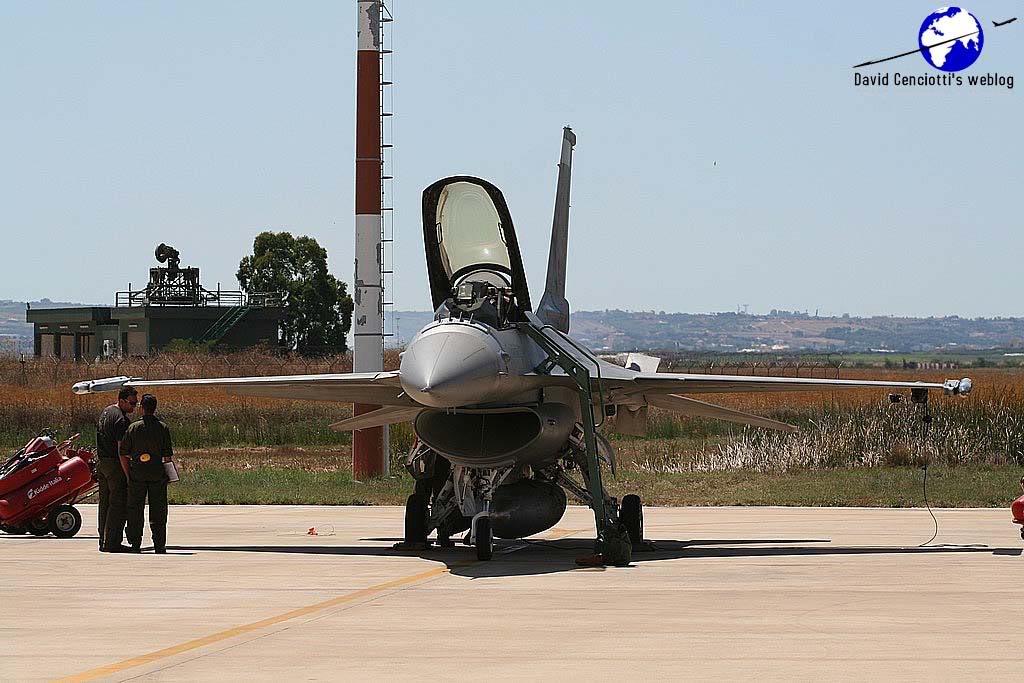 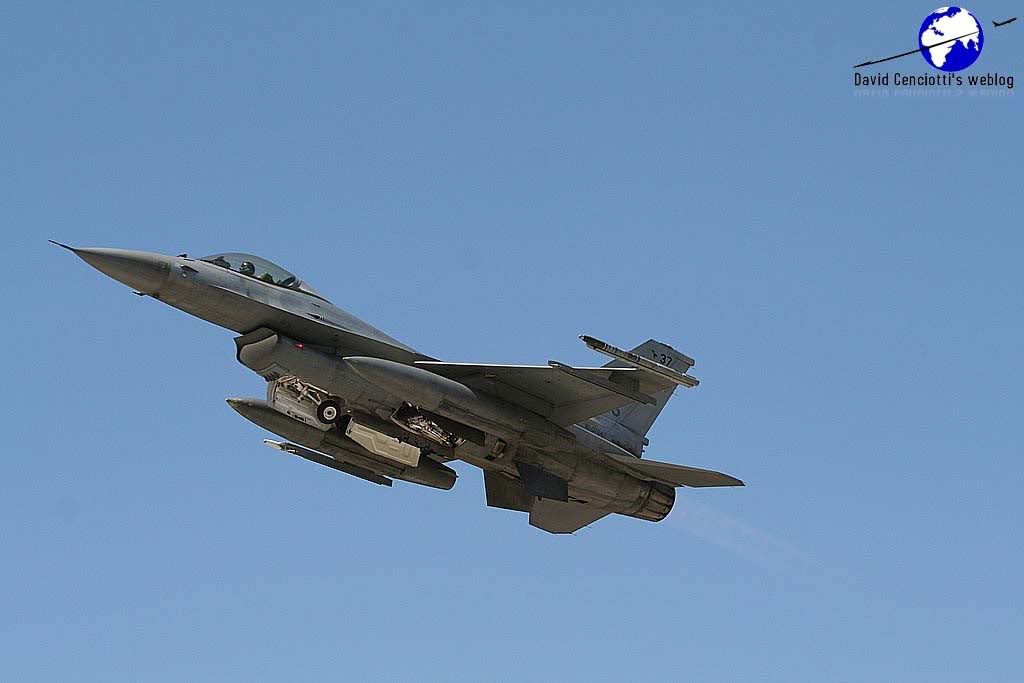 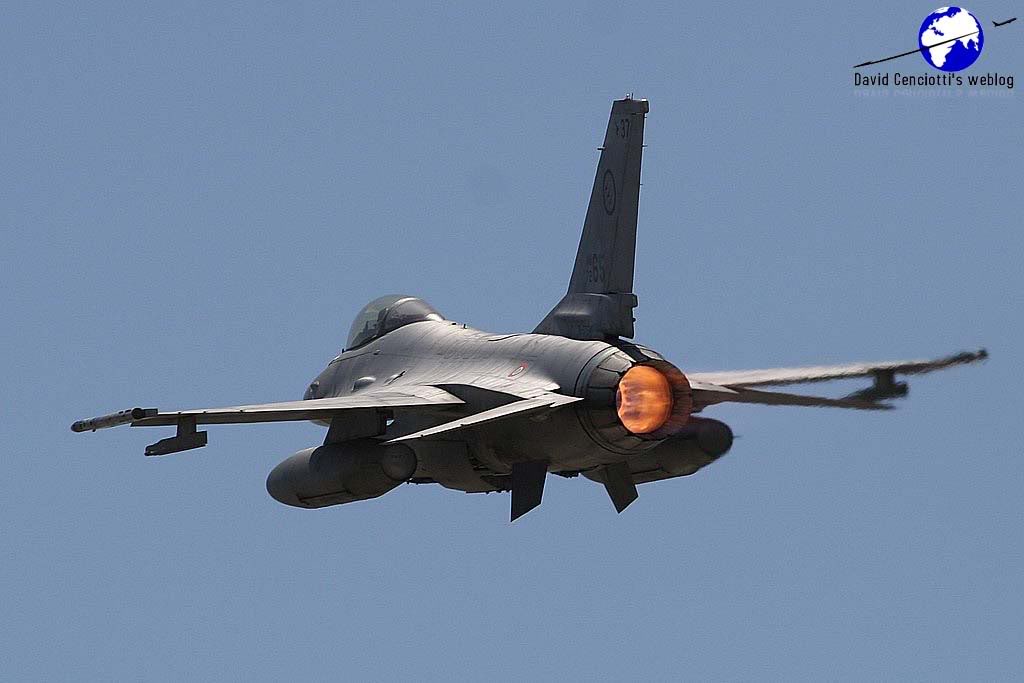 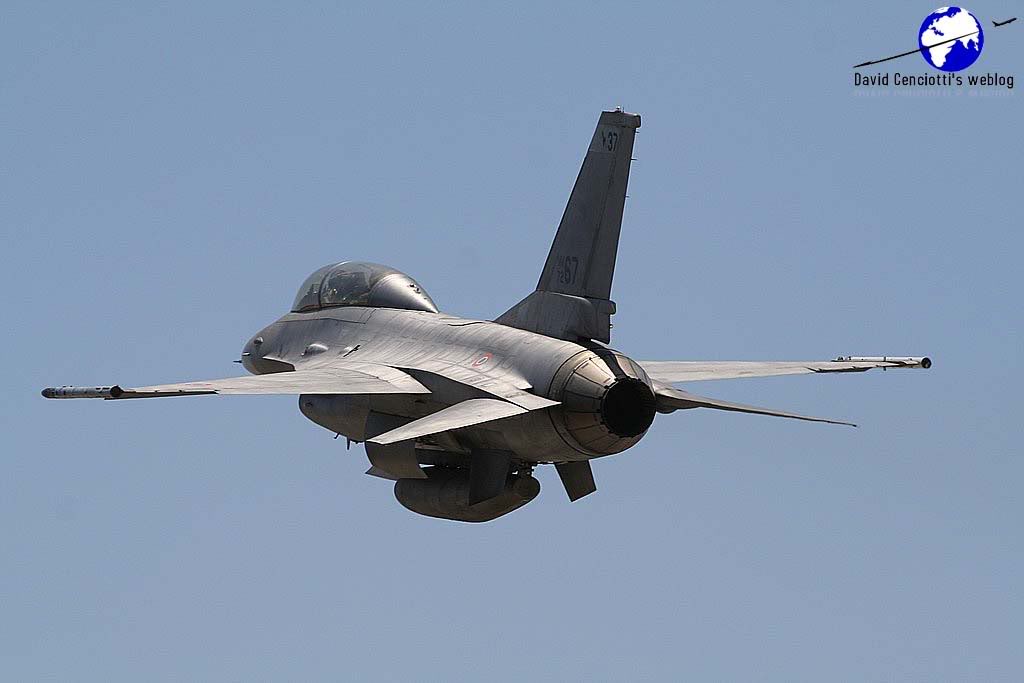 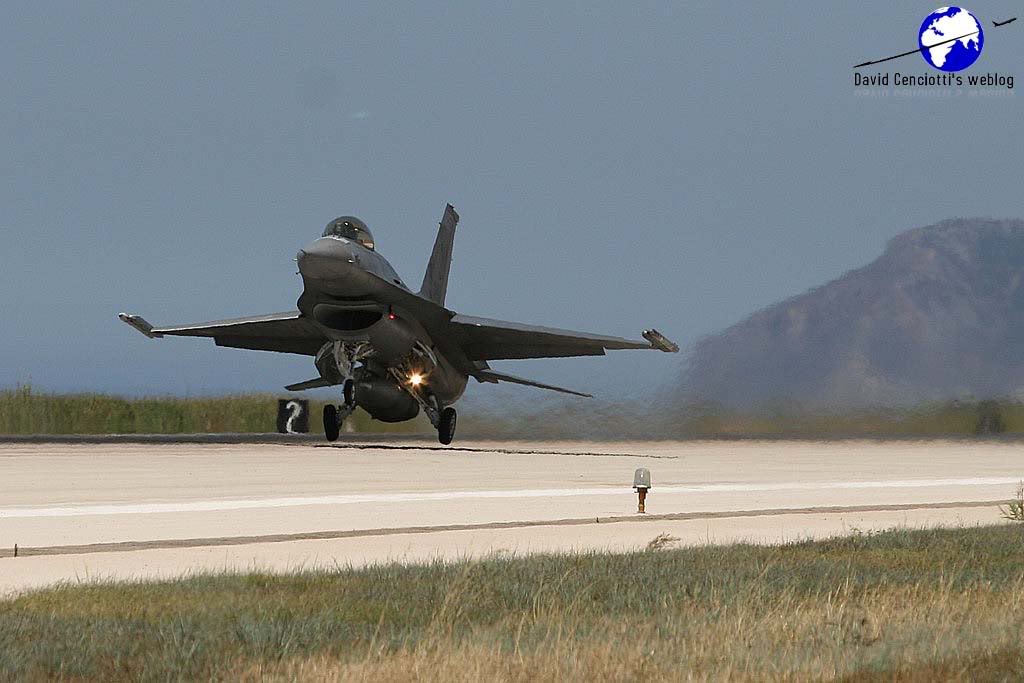 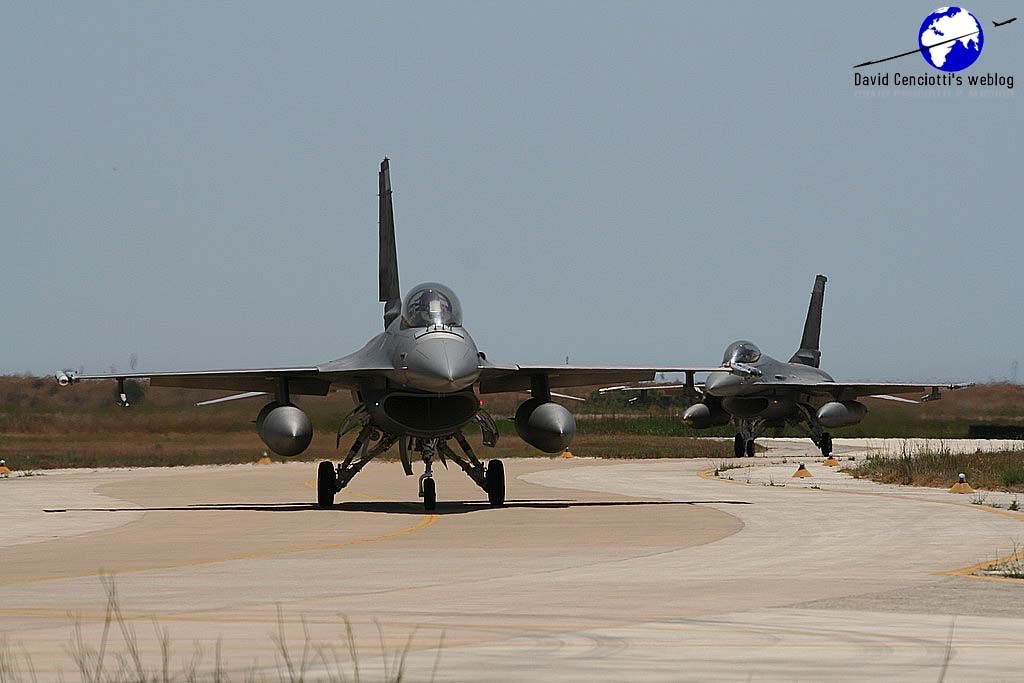 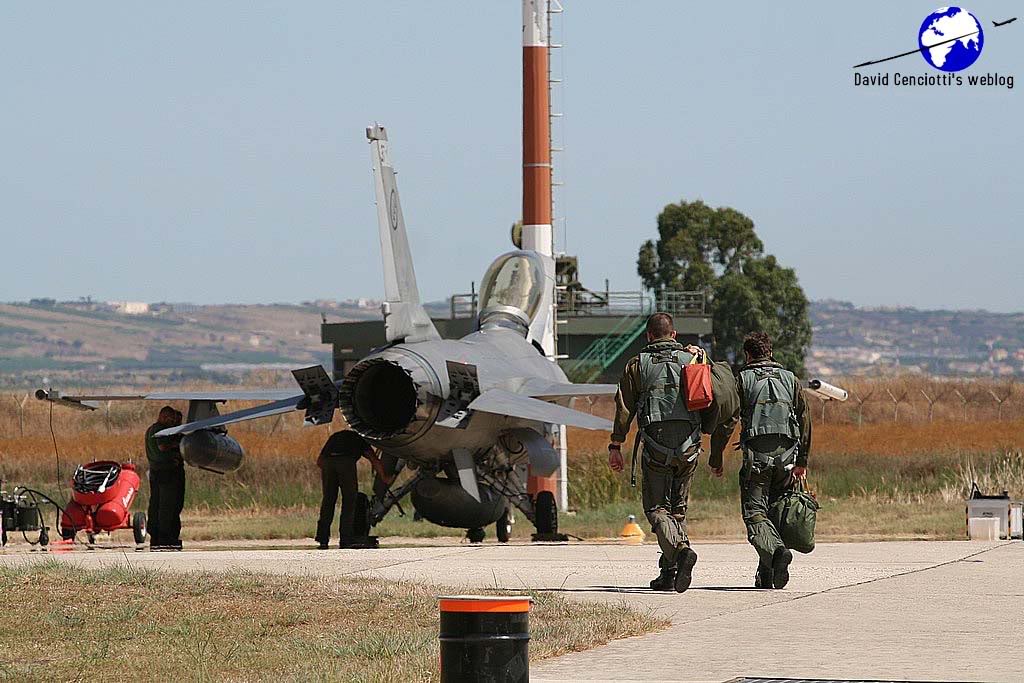 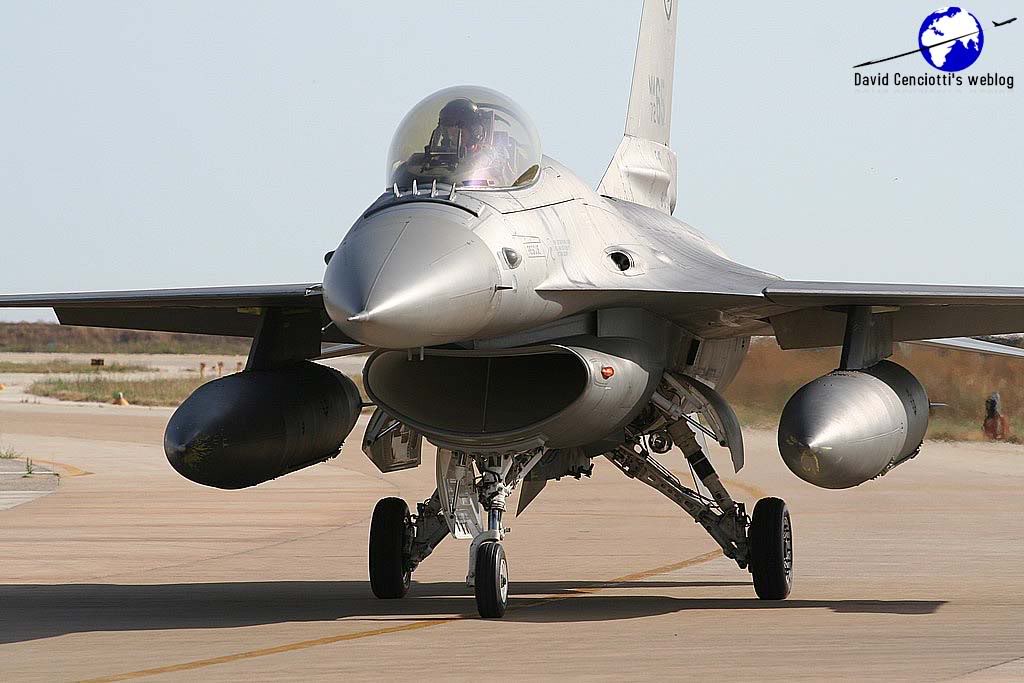 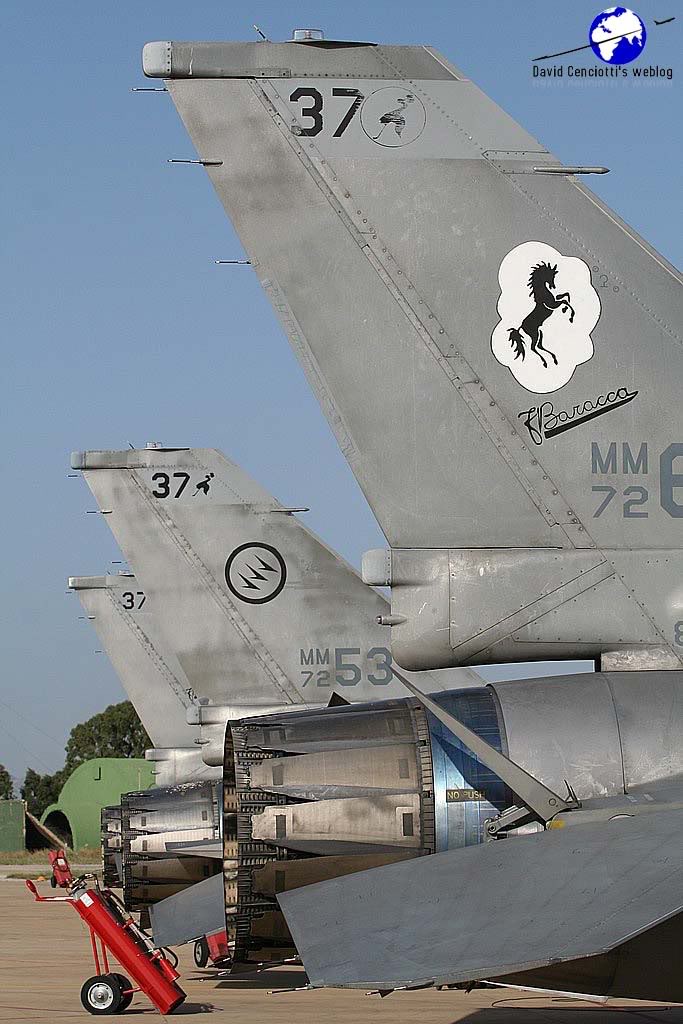 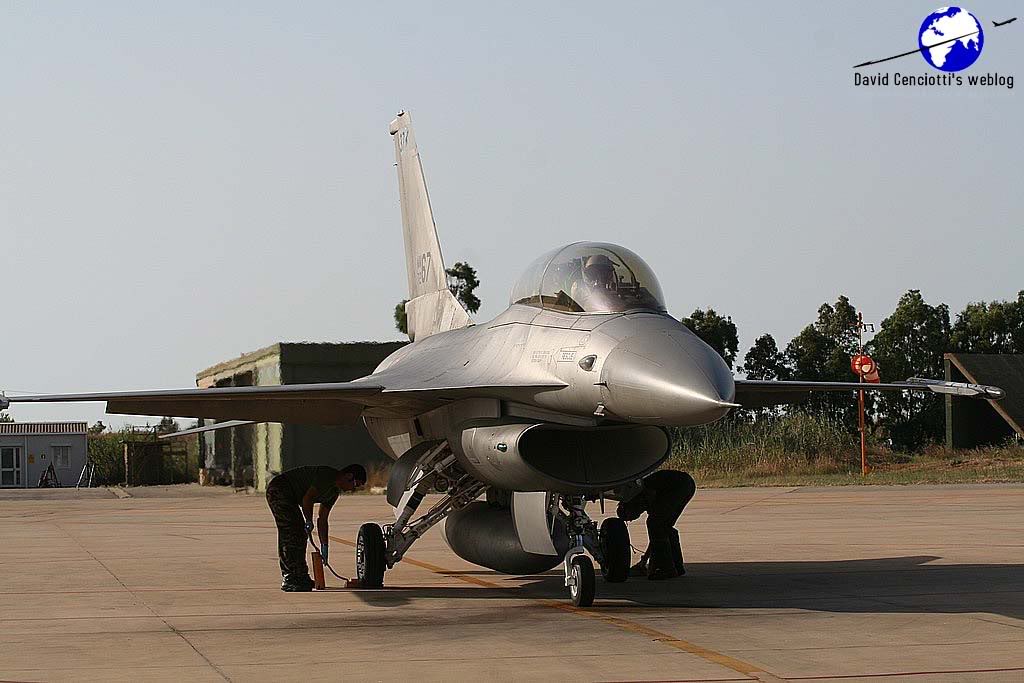 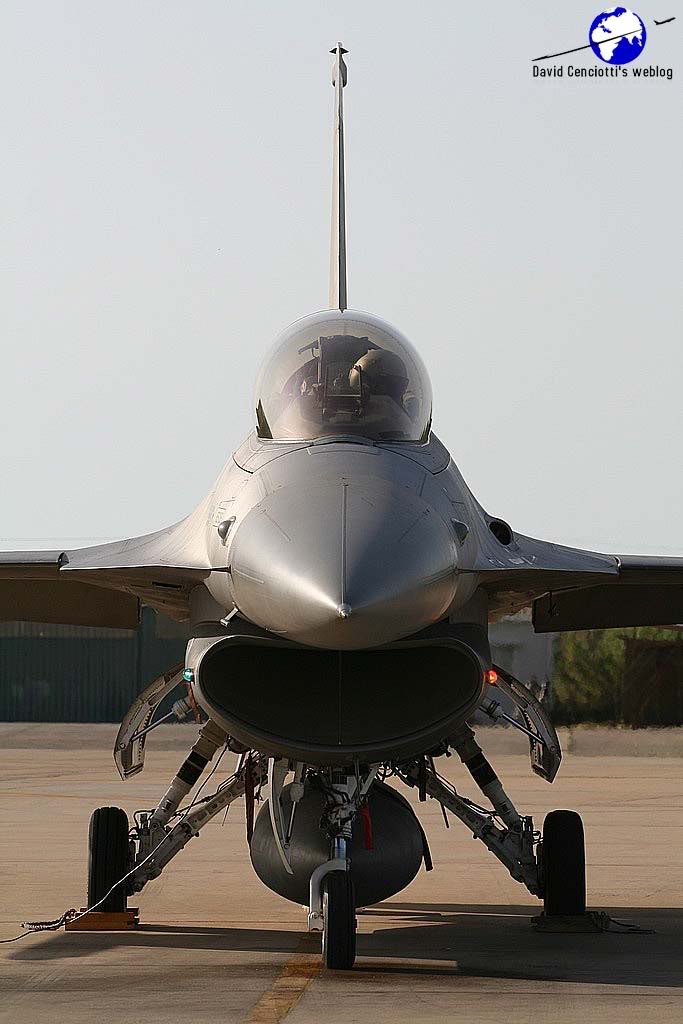 "Turkish F-16s now able to hit Israeli planes": since when IFF can prevent a fighter from firing a missile?

Last week an article titled “Turkey F-16s can now hit Israel targets” made the news and spread quite quickly on the Internet. According to the article, Turkey has developed a new IFF (Identification Friend or […]

Top Aces Aggressor F-16 Flies For The First Time In The U.S.

The former Israeli F-16 flew from the Top Aces’s facilities at Phoenix Mesa Gateway airport and is the first 4th generation fighter flown by private “Red Air”. The Canadian company Top Aces performed on May […]