I have often criticised media inaccuracy when talking about aviation matters. Usually, this happens when aviation emergencies are technically analysed, but today’s inaccuracies have nothing to do with technical details. On Jan 9, Repubblica.it website (the most visited media website in Italy) published a set of pictures of aircraft taking off or landing in the World famous Princess Juliana (SXM) airport, located in St. Maarten, Netherlands Antilles. Most of the pictures (displayed at the following address: http://www.repubblica.it/2006/05/gallerie/esteri/isola-aeroporto-antille/1.html) are among the most viewed on Airliners.net and Jetphotos.net websites, some come from elsewhere and at least another is at least weird. The picture shows a B747-400 of an unknown company (Air Pays Bas) with registration PH-RIP and with a livery that is a mixture between the Air France and the KLM ones. That picture, that is the number 19 of the series by Repubblica.it, is obviously a fake and interestingly it is an edited version of another picture, the number 10 of the series showed. 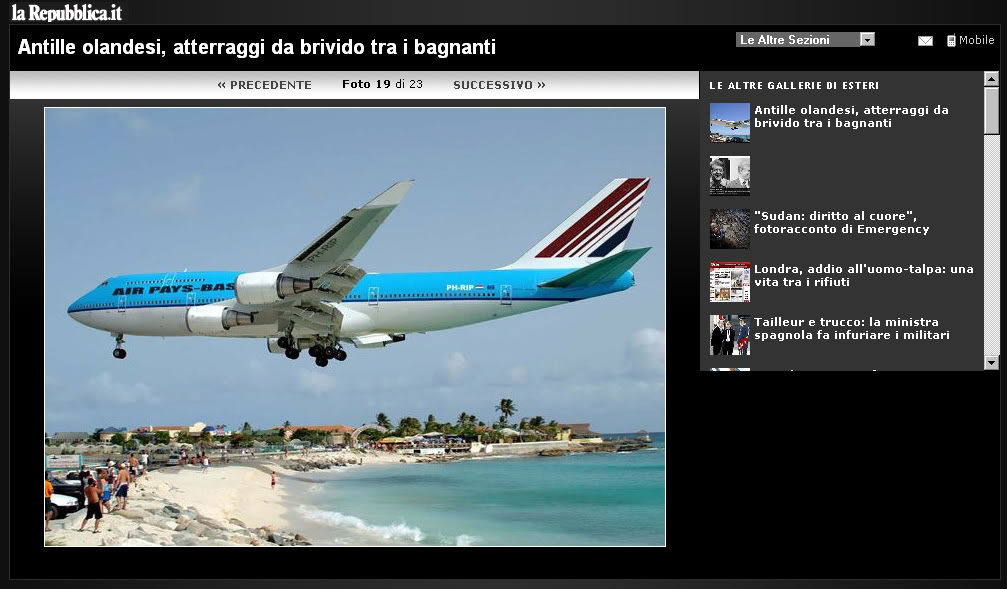 The real image was taken on Jun 26, 2003 by Aric Thalman and shows a KLM B747-406 with registration PH-BFL. How do I know this? Simply because that picture is also on Airliners.net and can be viewed at higher resolution at the following address: http://www.airliners.net/photo/KLM—Royal/Boeing-747-406/0385938/L/.
As you can see, I just provided the link to the A.net photo (the original one) here, because pics on that website are copyrighted. Airliners is clear enough on restriction for the use of the photos uploaded on that site: “You may not use these photos on any web page, commercial or non-commercial, for profit or non-profit, without written permission from the photographer. You may however link to the photos in the manner described below….”. The manner described later foresees the use of Javascript code that was not used in the Repubblica.it page so I wonder if who prepared the page did contact the photographer of each picture taken from Airliners. For sure he didn’t check whether the images were real or not (btw there are also some doubles). 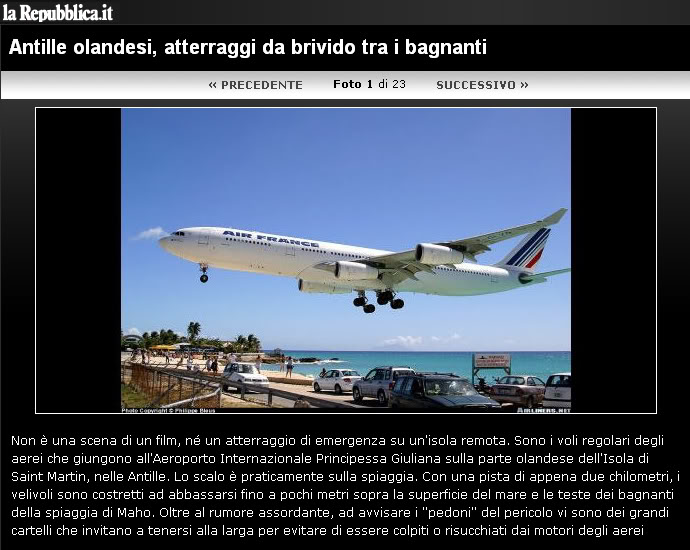 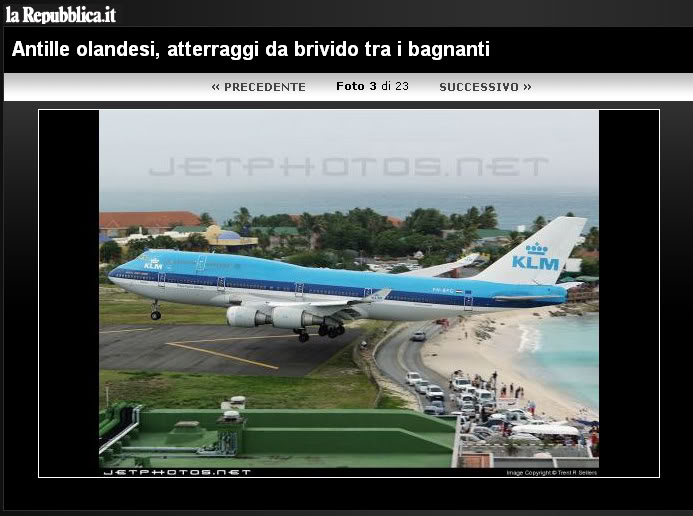 BA038, engine problems and WiFi/mobile phone interferences: is the B777 safe?

Recently, a visitor left a comment to one of my posts dealing with the B777, actually it was a question. He was worried about the crash landing of the British Airways 038 and since he’s […]