Richard J. Caruana, an established aviation author and illustrator, sent me the following file f-104-layout_low containing an interesting series of F-104 profiles. The profiles were published on MODEL AIRPLANE INTERNATIONAL no. 41, December 2008 issue, within a feature that is dedicated exclusively to operational colour schemes worn by the F-104s serving with the Aeronautica Militare (Italian Air Force, ItAF). The file also contains detailed views of the markings, stencils, roundels and bagdes of the various Italian units that were equipped with the Starfighter.

Below, a preview of one of the pages of the .pdf files containing the work of Richard J. Caruana that 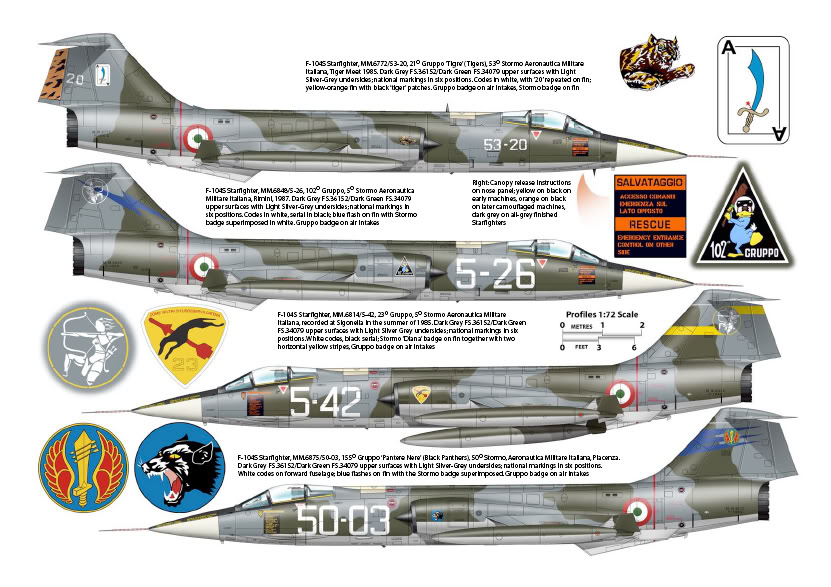 The nEUROn has conducted 12 highly sensitive sorties to verify the characteristics of radar-cross section and infrared signature in Italy. The first example of the nEUROn UCAV (Unmanned Combat Aerial Vehicle) has successfully completed its […]

Special markings to celebrate 100.000 fh of the Typhoon

In January 2011, the fleets of Eurofighter Typhoons in service since the second half of 2003 with the air forces of UK, Germany, Italy, Spain, Austria and Saudi Arabia achieved the impressive milestone of 100.000 […]