Bad weather conditions are affecting the week preceeding the May 24 – 25 week end and the rehearsals of the air display of the Giornata Azzurra. However, as soon as the weather minimums are satisfied, the test pilots of the RSV (Reparto Sperimentale Volo), the ItAF display unit, fly their display program. According to the latest release of the air display schedule, the RSV will fly the MB.339CD, the C-27J, the AMX, the Tornado, the EF2000 and also the brand new KC-130J.
Giovanni Maduli went again to Pratica on May 19, to see part of the rehearsals and took the following picture of the AMX practicing its display under a low ceiling. 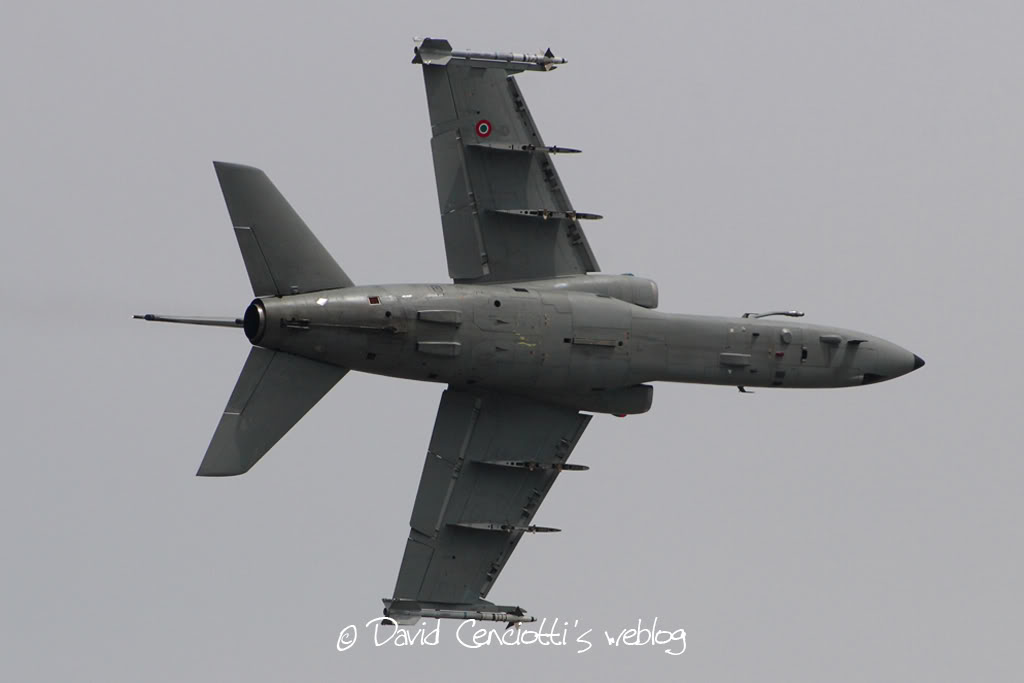