For the second time in the last 6 years, the Italian AMX fleet has been grounded by a judge for an investigation. This time the magistrate decided to stop the AMX because there would be elements, surfacing from the investigation of a 2005 crash, suggesting that the “Ghibli” (as the aircraft has been dubbed in Italy) is not safe. In particular, the investigations dealing with the accident happened on October 20th 2005 near Decimomannu airbase (with the pilot ejected safely), discovered that the cause of the loss of the aircraft was the canopy. According to the investigators, canopy faults in the past years caused the loss of many AMX (“tens” according to reports of the media) and the death of 14 pilots, statements widely “advertised” by newspapers but not correct: the ItAF has lost 12 aircraft and 5 pilots (+ 1 prototype and 1 test pilot). Decimomannu crash aside, no one was caused by a canopy opening or failure. The grounding, started on December 18th 2007, is for the moment “indefinite” since the investigators are still evaluating the aircraft and studying the technical documentation that was sequestered in 2006. The last crash occurred on September 25th 2007, in Poland, where an AMX-T of the 32nd Stormo involved in a Squadron Exchange, flown by a 51st Stormo pilot with a Polish one in the backseat (who both ejected safely), crashed after a birdstrike.
As said, this is the second time this aircraft is grounded by a magistrate: as part of the investigation of an AMX on April 15th 2002 near Ramon di Loria, 35 aircraft belonging to the 51st Stormo (132nd and 103rd Gruppo) were grounded. Even if the magistrate asked for only the Istrana based aircraft to be grounded, the ItAF decided to ground also the aircraft assigned to the 32nd Stormo (Amendola) and to the RSV (Pratica di Mare). The stop lasted for 50 days and in that period the Italian pilots flew with the MB.339 in order to keep their proficiency and qualifications. Actually, the fleet had been limited for a short period of time also in 2001, the year in which most crash were recorded (3), to fly particular maneuvers. In particular: air-to-air refueling, tight formation, ultra-low level, formation take-off and landing, take-off and landing with strong wind were denied between December 5th and December 21st 2001.
Despite proving extremely effective and reliable during its baptism of fire in the Allied Force operation (for an in-depth description of the involvement of the Ghiblis in the Kosovo war read here: http://cencio4.wordpress.com/works/ghibli-italys-amx/ 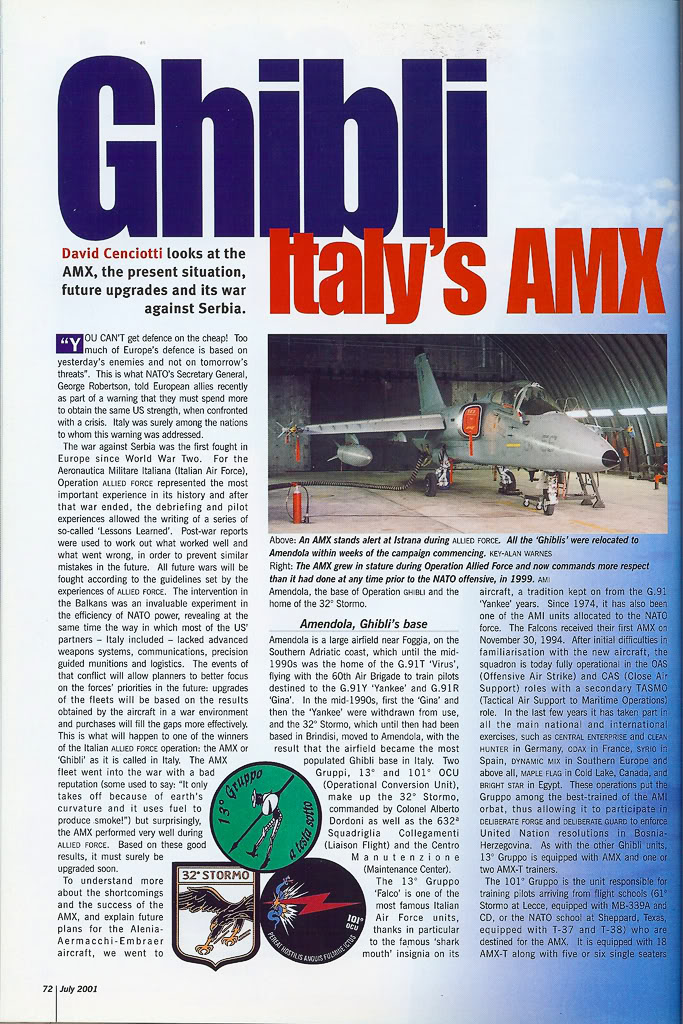 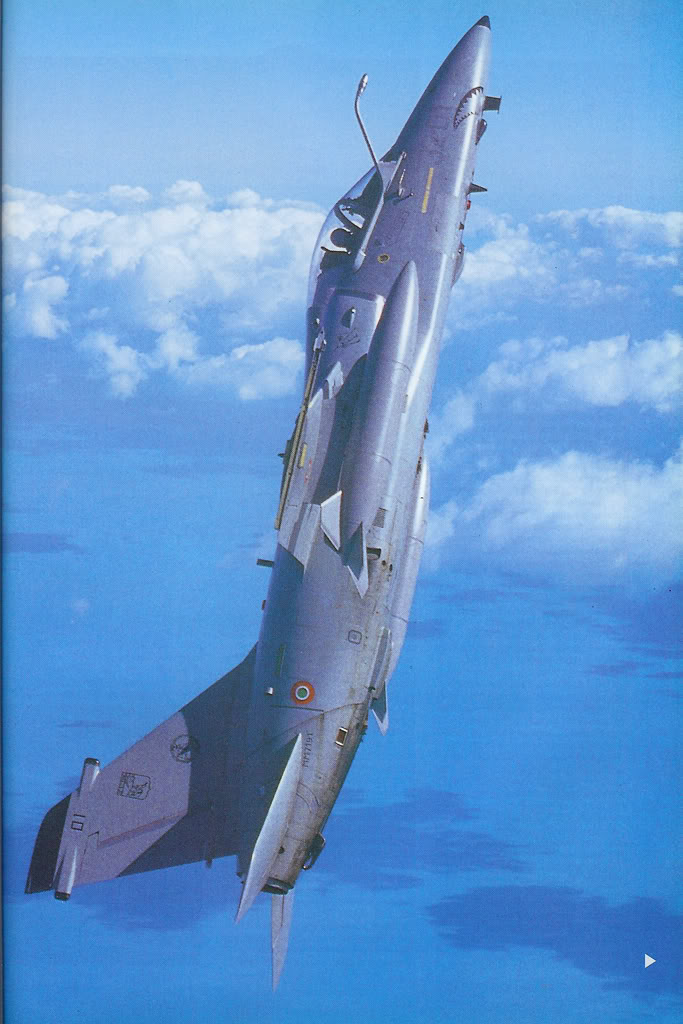 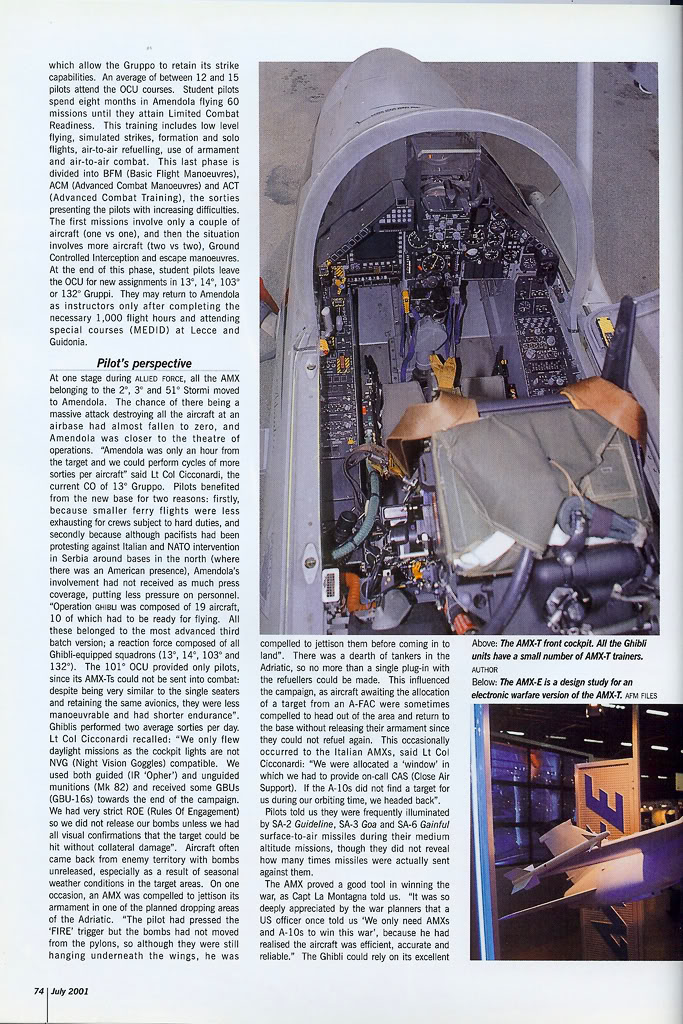 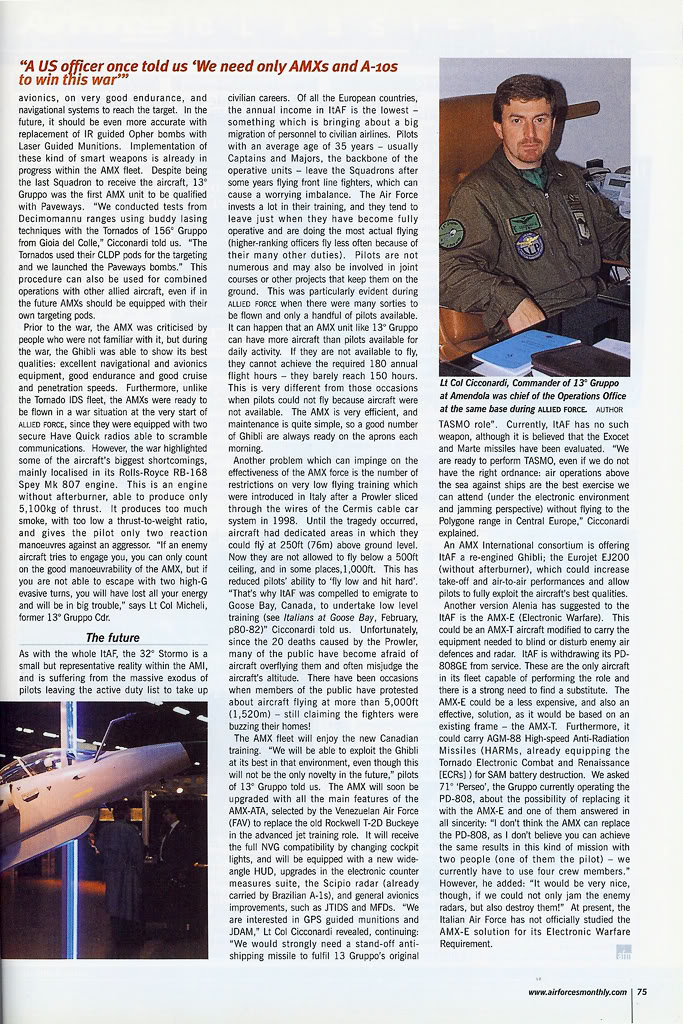 Italian readers can click here: http://cencio4.wordpress.com/works/operazione-ghibli-gli-amx-in-guerra/) the aircraft has been tormented by media (and consequently) public whose perception of the AMX was deceived by poor information and a presumed high crash rate. The AMX is still considered by the Italian pilots and experts a good aircraft (I flew with the AMX once and would fly with it again). In 2001, the aircraft’s crash rates were 0.79 aircraft losses for 10.000 flight hours (1989-2001); in 2006, the rate was 0.57 and today is 0.75, a percentage that is lower than many other NATO aircraft, like the Harriers and F-16s (Note: until today the Italian Tornado had a lower crash rate than the AMX; today an IDS of the 6th Stormo aborted the takeoff for a engine fire and overran the runway. The crew ejected safely and the unmanned aircraft remained within Ghedi airbase’s perimeter fence but the crash rate will raise as a consequence of the mishap). Furthermore, the AMX has been involved in an upgrade program in order to extend the operative life of the type to 2018, when the aircraft will be replaced by the JSF (Joint Strike Fighter). 42 single seat and 10 AMX-T will be modified to the ACOL (Aggiornamento delle Capacità Operative e Logistiche – Operational and Logistic Capabilities Update) standard that includes a new IN/GPS navigation system, NVG (Night Vision Goggles) compatibility (only for the single seats), a new MFD (Multi Function Display), enhanced HUD, a Computer Symbol Generator with Digital Map, upgraded IFF and comms capabilities, and a crash recorder. 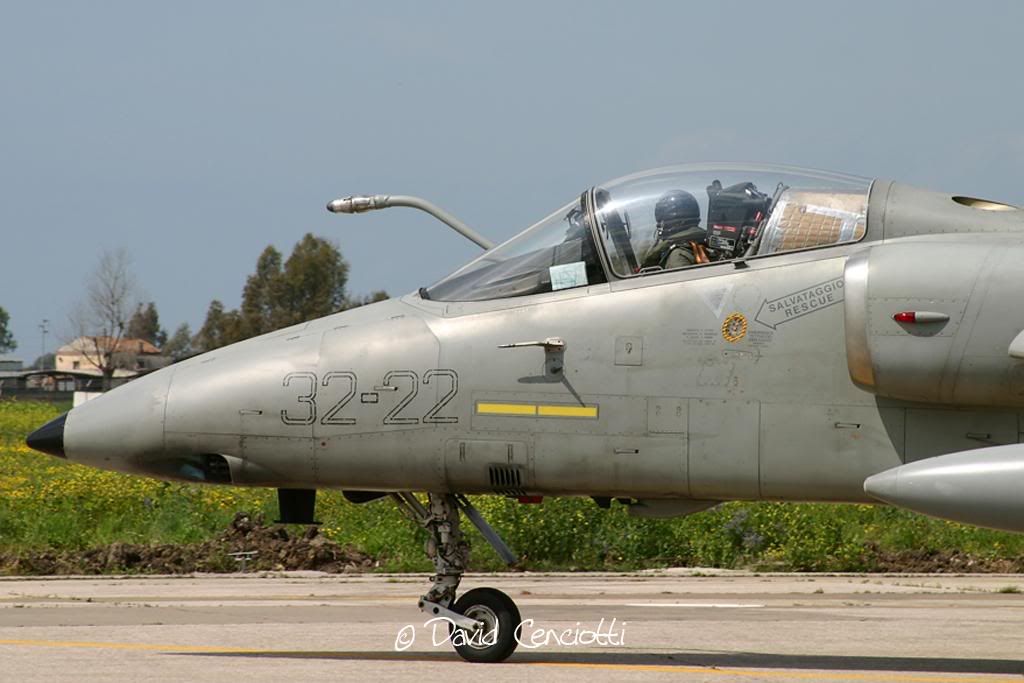 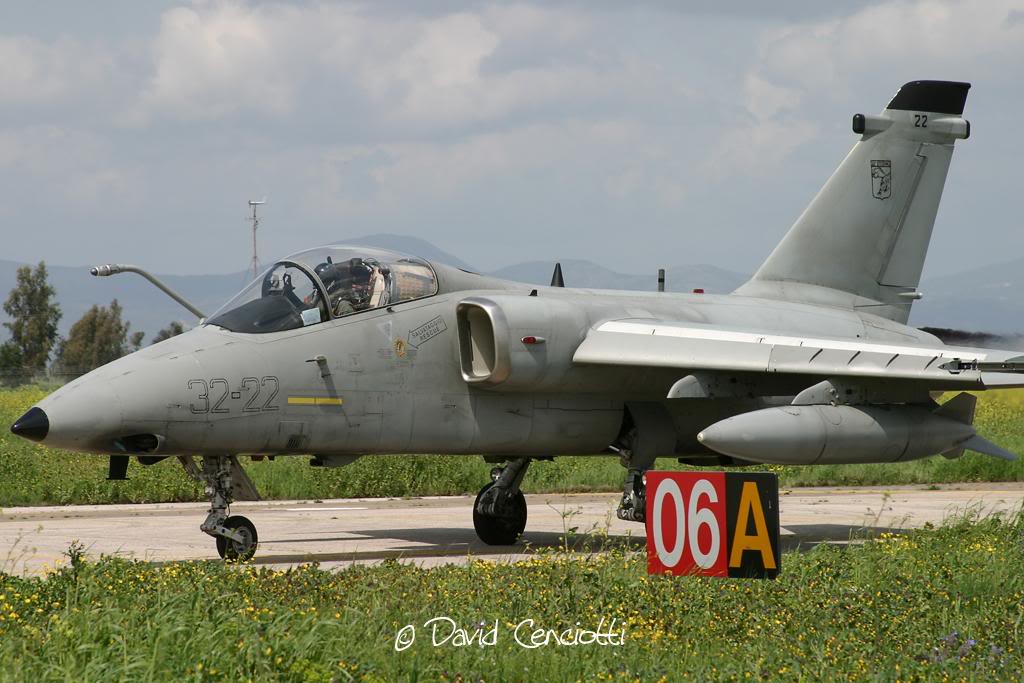 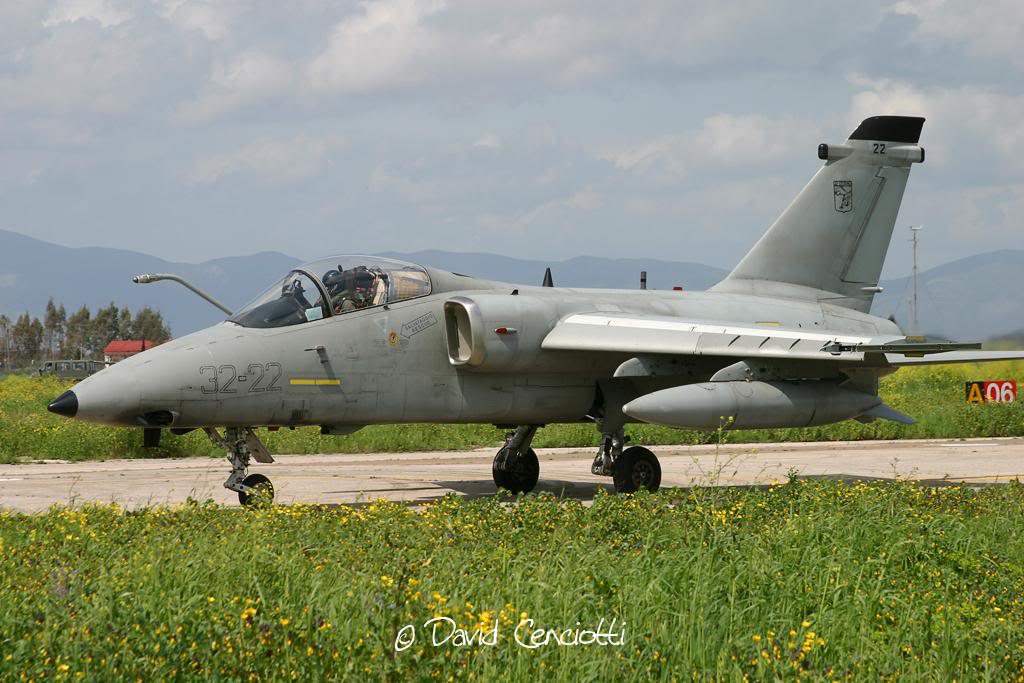 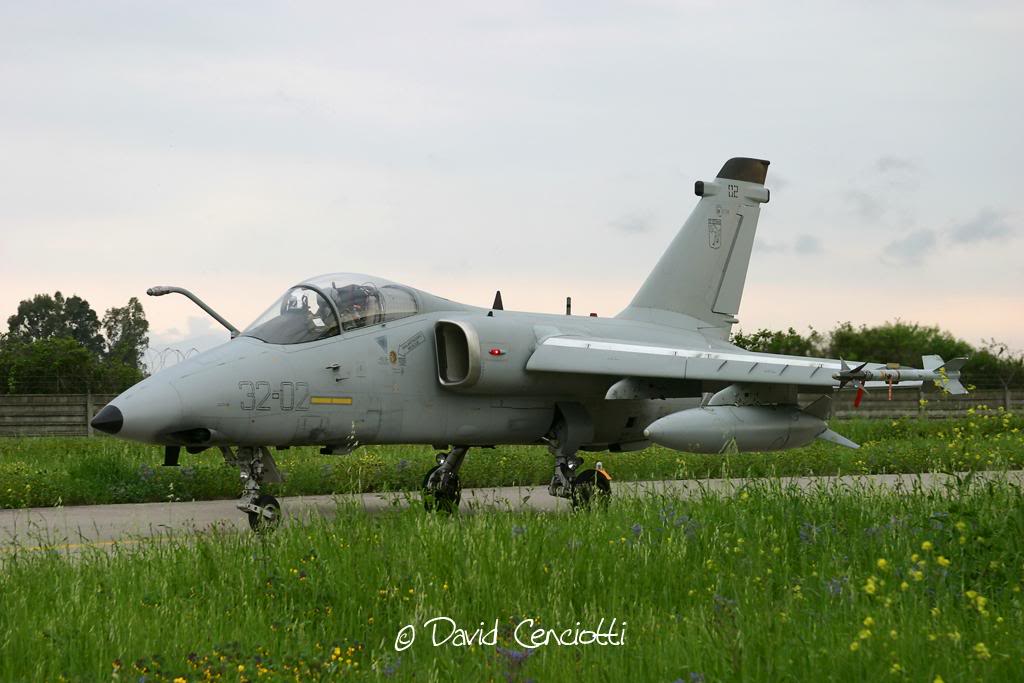 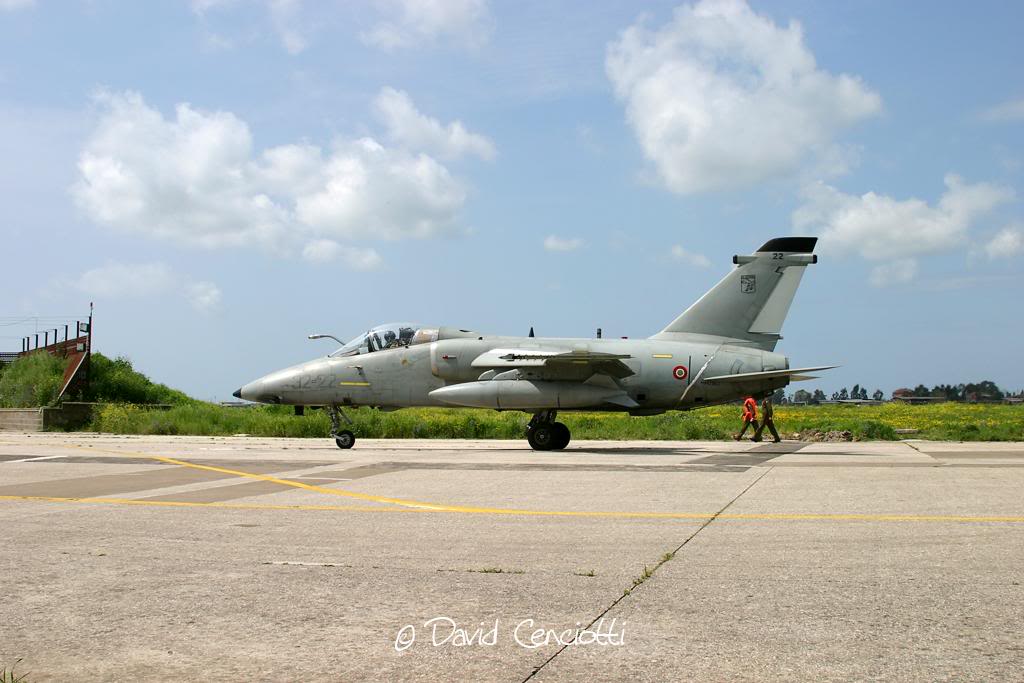 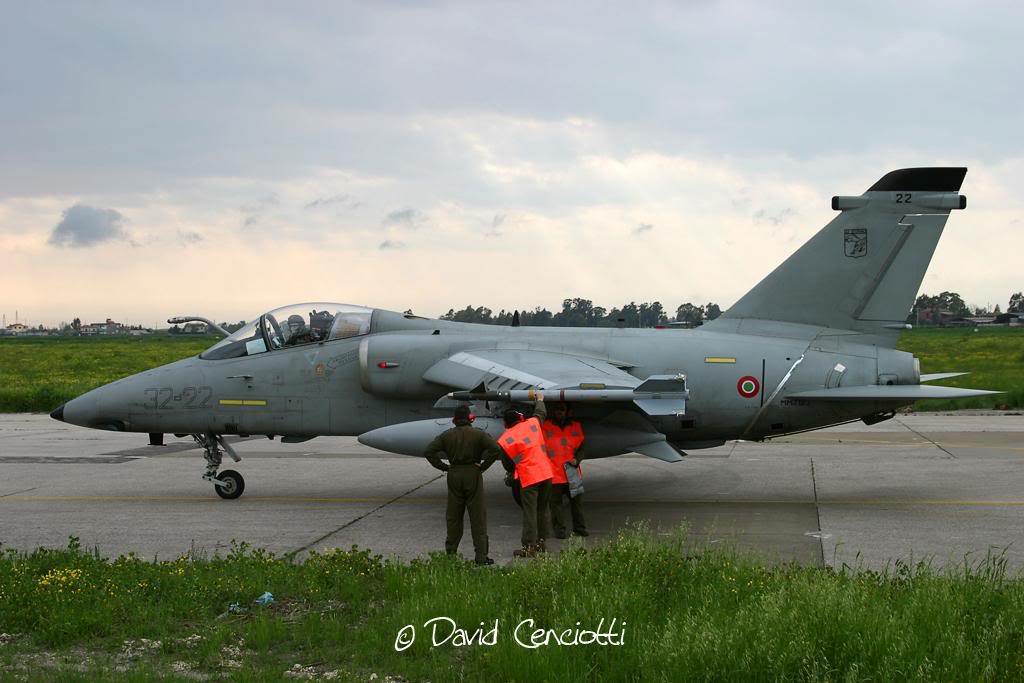 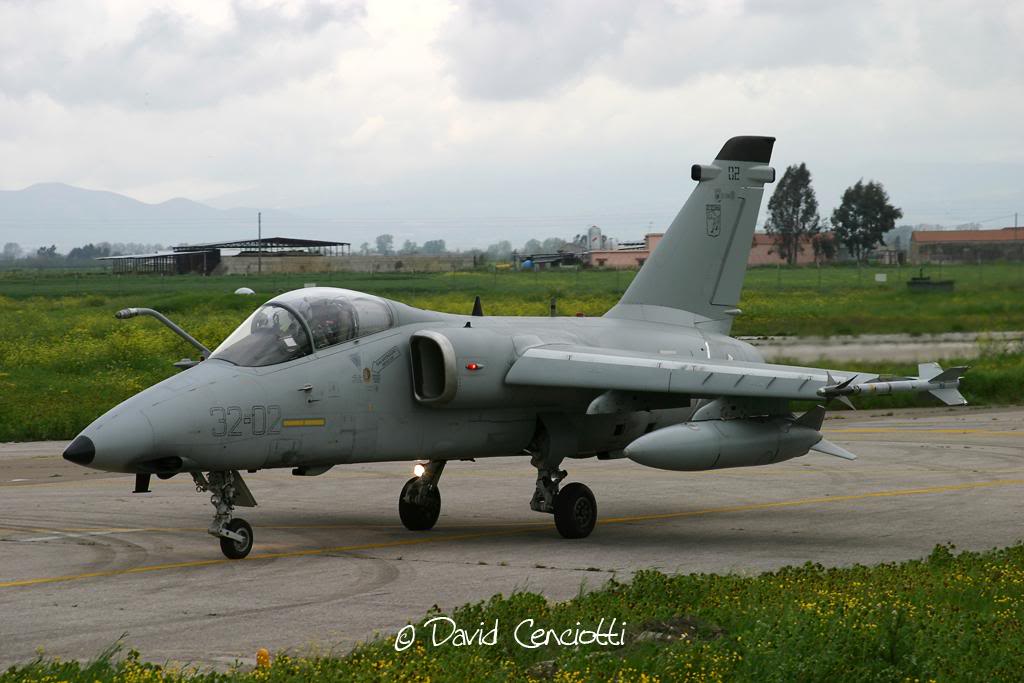 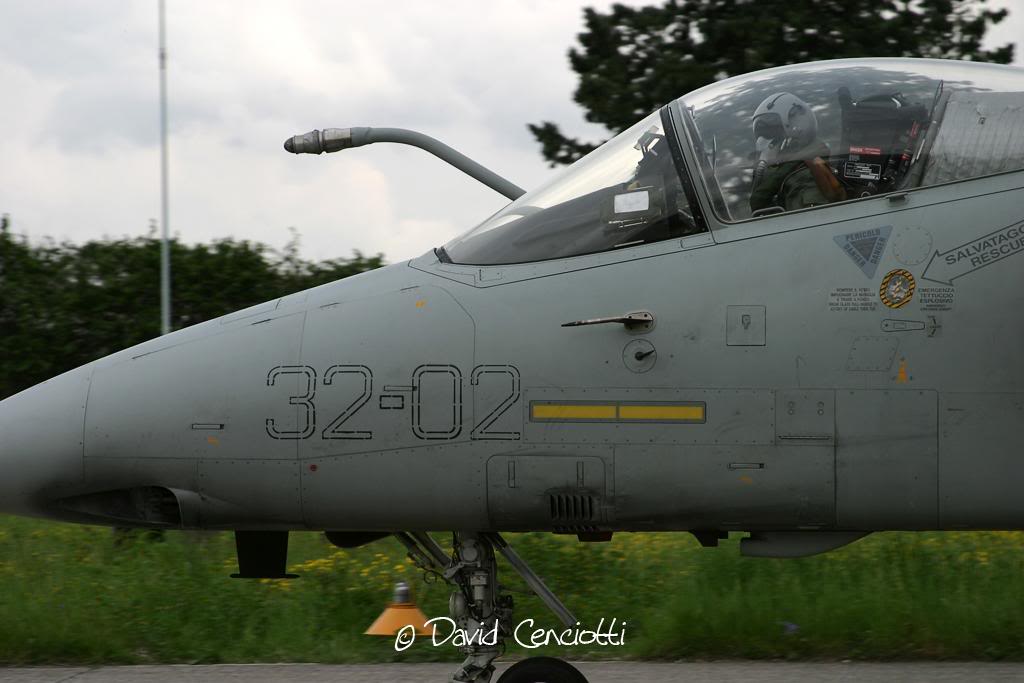 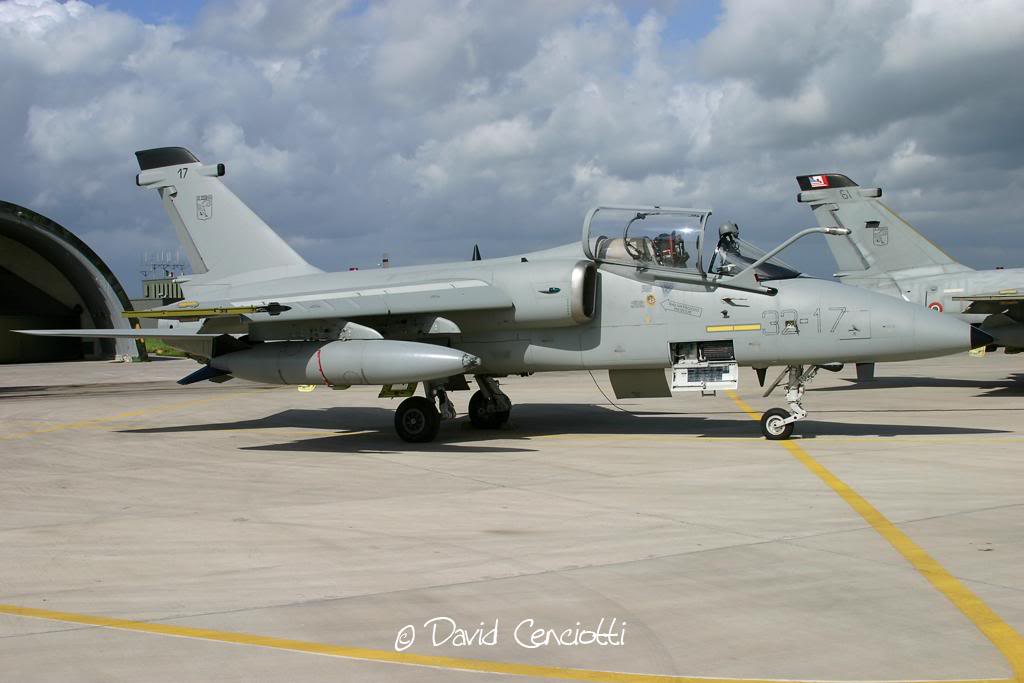 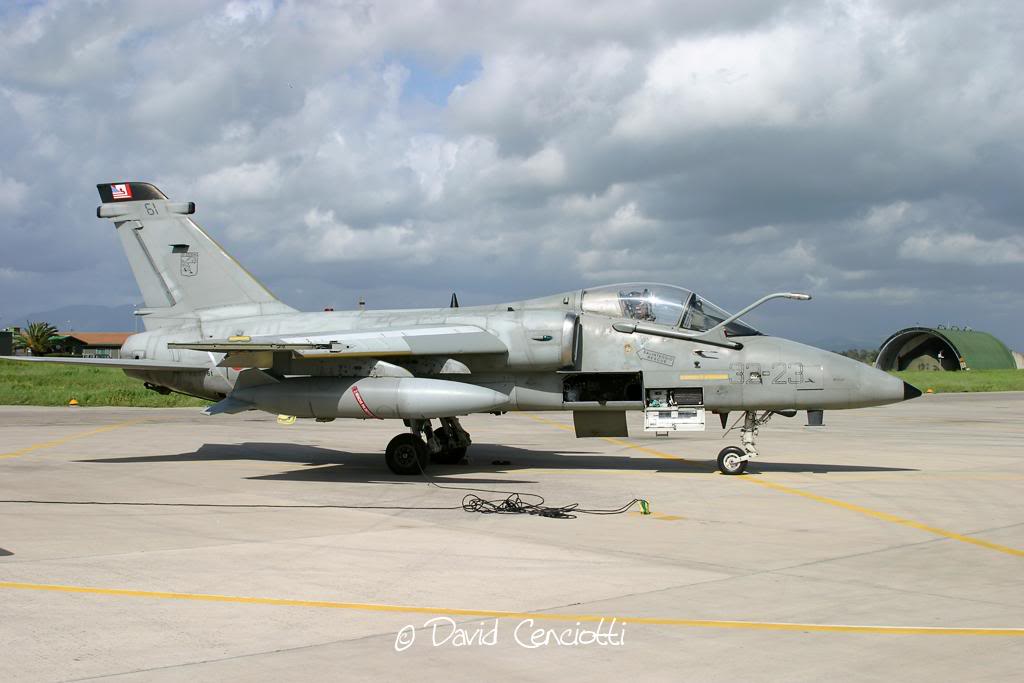 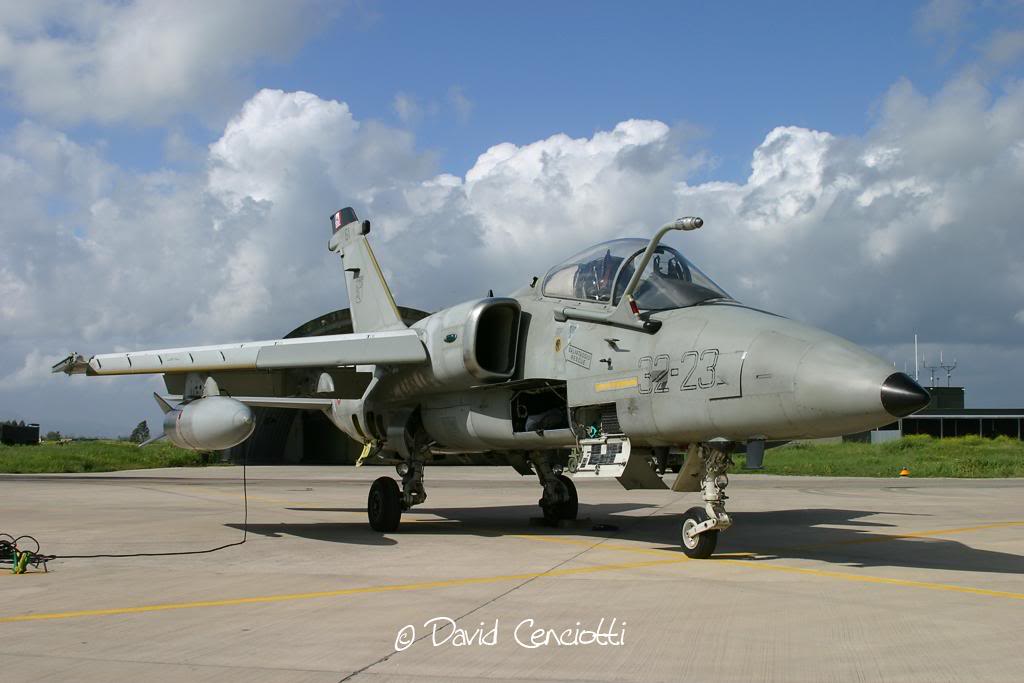 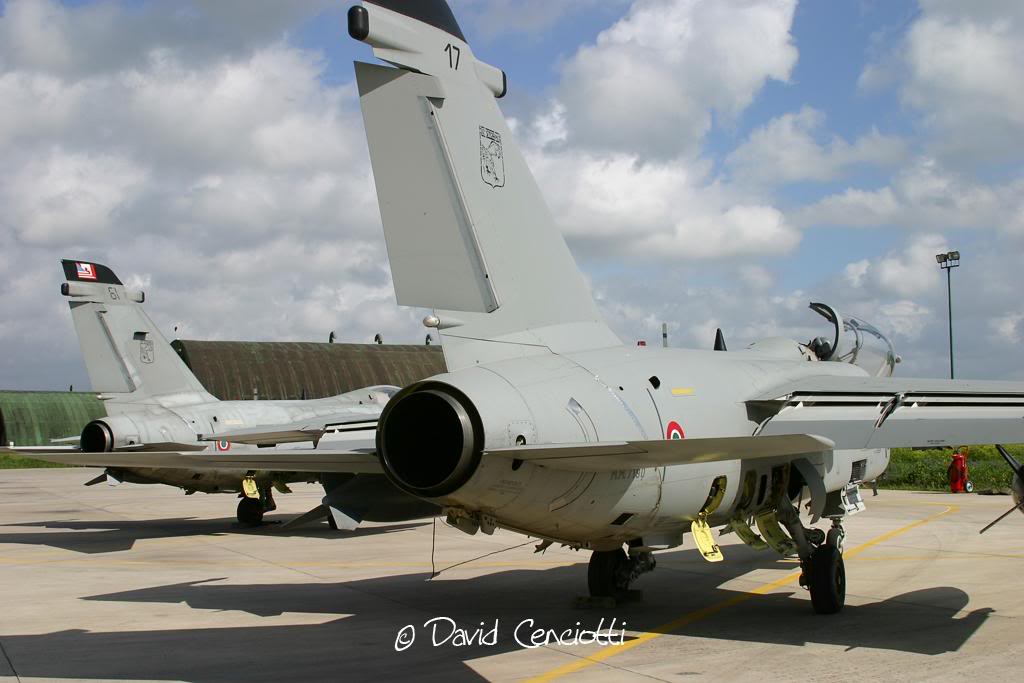 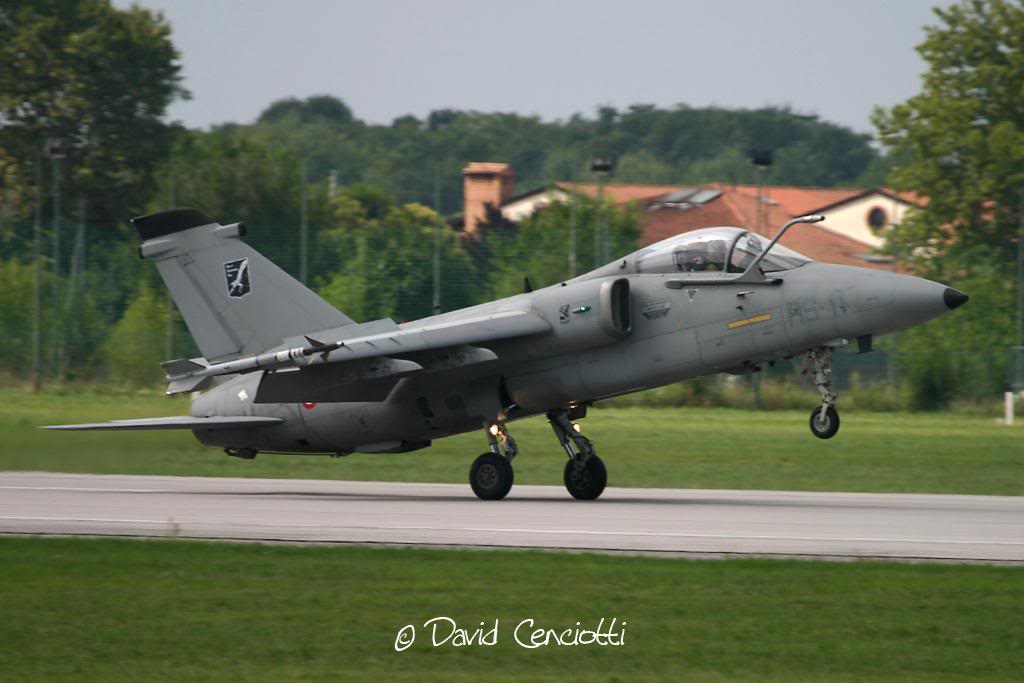 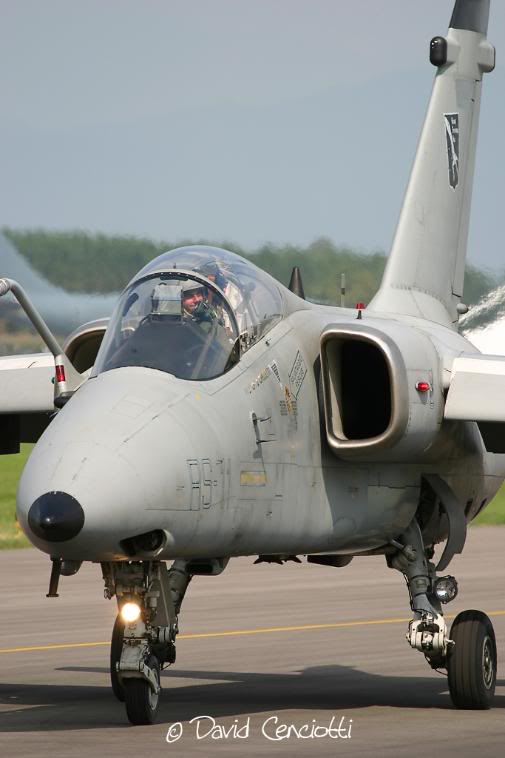 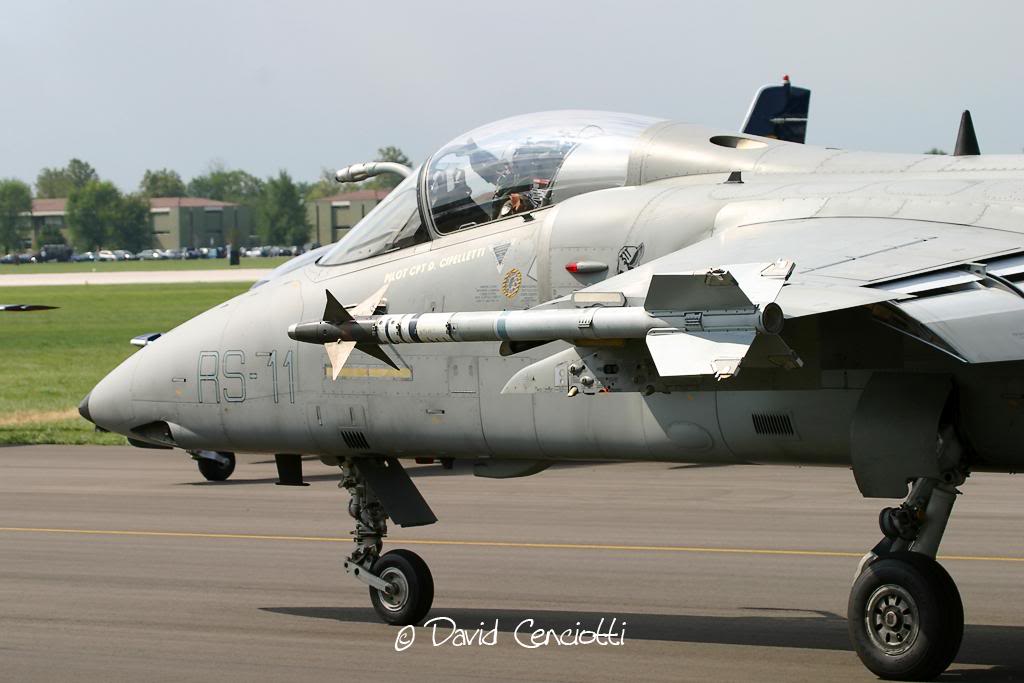 Fleet grounding has been affecting another fighter these days. Since November 3rd 2007, the F-15 fleet has been grounded after an inflight breakup of a C model belonging to the 110 FS of the 131 FW of the Missouri ANG occurred on Nov 2nd. The aircraft, tail number 80-0034, using callsign “Mick 2”, was number 2 of a 4 ships formation departed from Lambert Field IAP to perform Basic Fighter Maneuvers (BFM); during one of the engagements, at 18.000 ft, speed 450 KTS, in an offensive break turn at 7.8 Gs, the aircraft began shacking violently side to side. The pilot saw dust entering the cockpit and just levelled the wings when the cockpit section separated from the fuselage. He was able to escape with the ejection seat but suffered serious injuries. The following investigations revealed that all the F-15 but E version have fatigue cracks that could result in a structurale failure. In fact, the upper right longeron that caused the accident of the Missouri ANG F-15C 4 miles south-southeast of Boss, MO, is a critical support structure in the Eagle. The grounding ended on January 8th 2008 for a part of the F-15 A/B/C/D: around 60% of the fleet was cleared to a limited return to flight while some 180 aircraft with fatigue cracks in the forward fuselange and/or whose longerons don’t meet the original specifications remain grounded; it is unclear if these aircraft will be ever airworthy again. In this particular case, reasons for the grounding are clear and understandable. I suggest visiting the Website of the Air Combat Command and in particular the following webpage: http://www.acc.af.mil/f-15fliesagain/index.asp for extensive news coverage, images and videos. Noteworthy are the following computer generated simulations of the inflight break up of “Mick 2”:
http://www.acc.af.mil/shared/media/document/AFD-080110-018.wmv
http://www.acc.af.mil/shared/media/document/AFD-080110-028.wmv

The New F-15EX Has Been Officially Named “Eagle II”

Below, more pictures about Vega 2010 exercise taken by Giovanni Maduli in Decimomannu. Part 1 Part 2 Part 3 About David CenciottiWebsiteFacebookTwitterLinkedIn instagramDavid Cenciotti is a journalist based in Rome, Italy. He is the Founder […]