In a previous post dealing with the Air-to-Air photography, I explained just a few of my air-to-air pictures are 3/4 frontal (thus taken looking in the circular area behind the airplane, from 4 to 8 o’clock) and depicts the subject from ahead. Here are a couple of them. 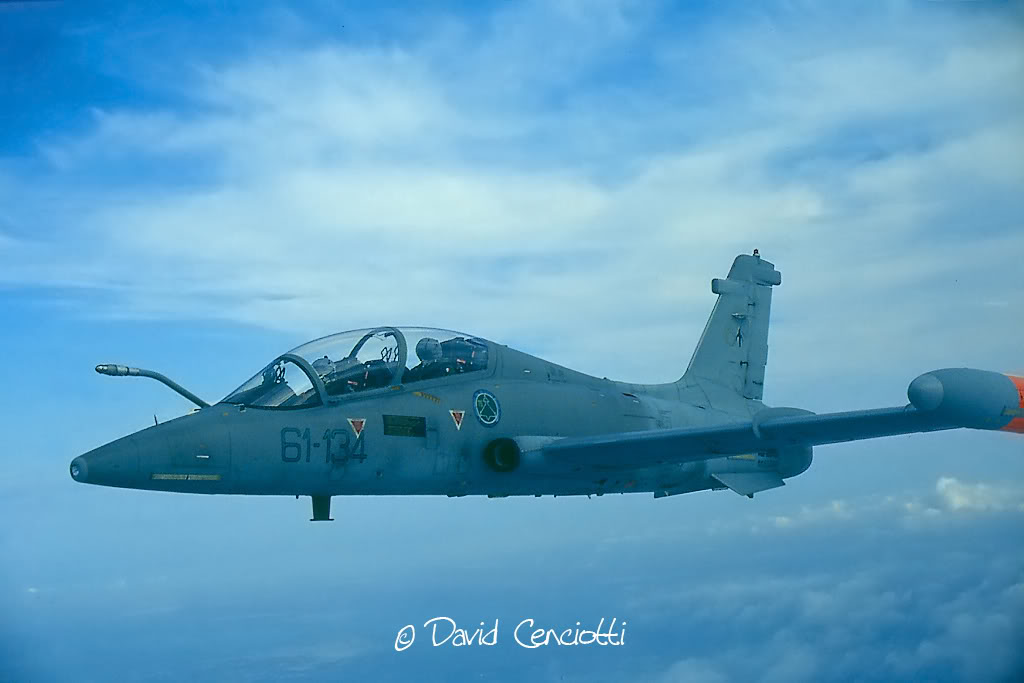 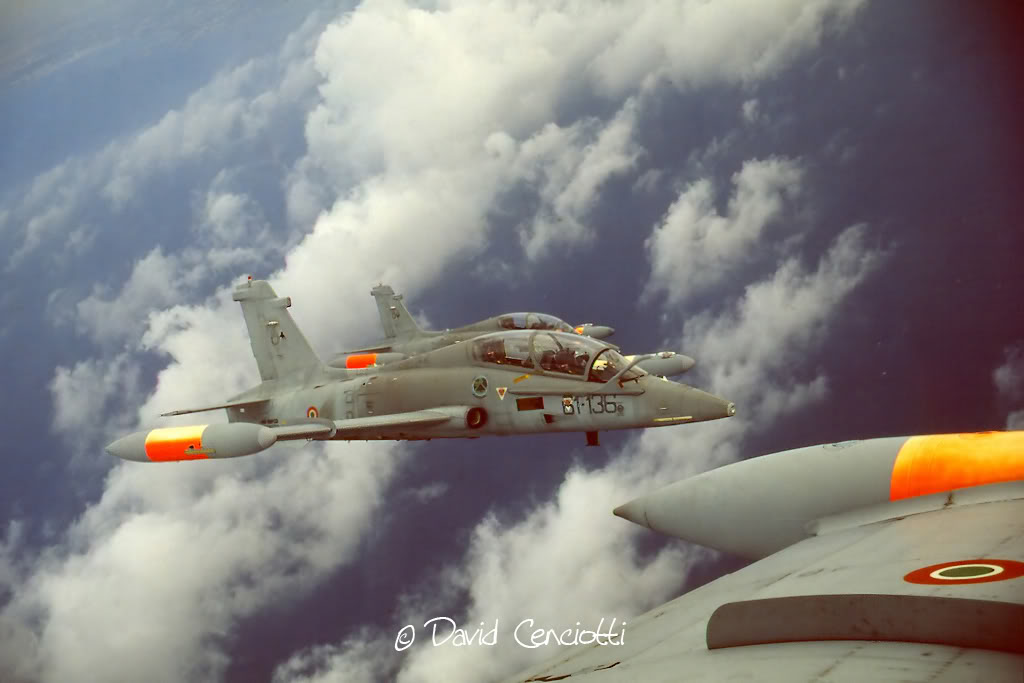 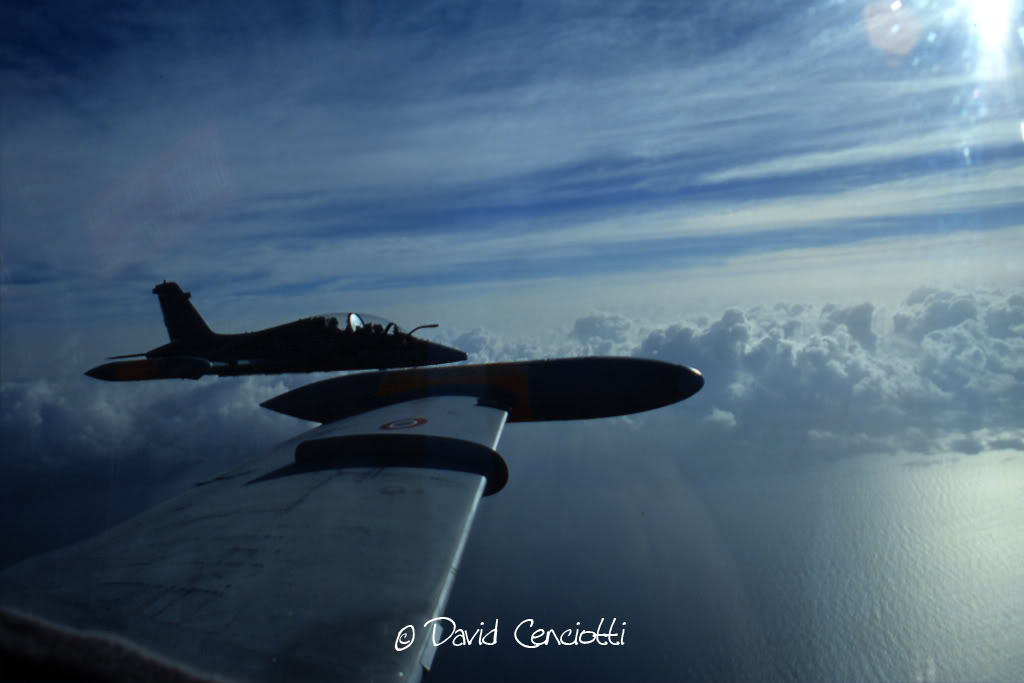 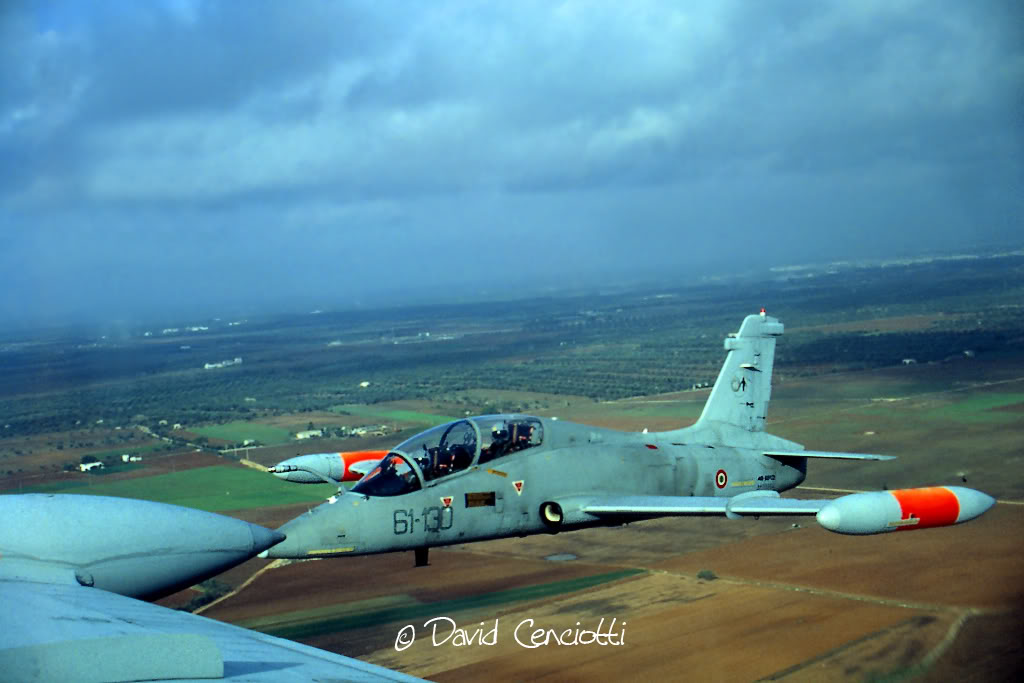 As I explained in the previous post, photographing ahead requires less strength and so is more simple under a physical point of view. The pictures above were taken in October 2000, when I went to Lecce-Galatina airbase to report on the training courses of the 213th and 212th Gruppo of the 61° Stormo. Both were taken a few minutes after departure, while flying at FL110 VMC direct to the “Fox” area, our training airspace located above the sea, off shore Gallipoli. Since it was a demanding mission, with multiple engagements and a +5G simulated dogfight, I was able to take pictures looking towards my 5 and 7 o’clock only during transit to the operative area (the only part of the flight all 4 aircraft flew together). During the engaments, the two formations splitted and flew mainly line abreast thus I just took some pics of the wingman and of the target through the HUD; then, we performed some acrobatic maneuvers and I took some pics of the formation making a formation barrel roll above S. Maria di Leuca and, finally, during RTB, I was too tired (since G forces were severe) to try to take any picture.

If you want to see some of those pictures and read the in-depth description of the flight (in Italian) click here: In volo con l’MB-339CD.

Giuseppe Scaglione is a former navigator of the 154° Gruppo of the 6° Stormo of the Aeronautica Militare (Italian Air Force, ItAF). He’s no longer in the military: he’s been working from 8 years as […]