Many aircraft enthusiasts and photographers have noticed that the majority of the air-to-air pictures I took depict the subject from abeam or astern: most of them were shot from behind looking ahead, while just a few are 3/4 frontal (thus taken looking in the circular area behind the airplane, from 4 to 8 o’clock).
This is the explaination:

1) If you fly as a passanger in a military aircraft you always sit in a position above (or very next to) the wing and so it is quite probable that the wing or part of it will interfere with your picture. At the beginning, I took a lot of pictures looking to the subject flying behind my aircraft but I noticed that most of times the wing or the tip tanks appeared in my pictures and I consequently decided to  turn my camera “ahead”, in a zone where I could better manage my shots. Furthermore, when you are working with an aircraft in close  formation you will experience vertical movements of the subject that will affect your shots. Formation flying is made of small but continuos movements that will prevent you from taking a picture of the other aircraft in the position you imagined. Your subject could be partially covered or blurry. This sort of “dance” is particularly intense when flying low level because of the turbolence. One of my first flights was with the AMX of the 13th Gruppo. “Mission 400A” was the callsign of a low level training mission starting and ending from Amendola. I took many pictures of the other Ghiblis as they rejoined the formation after take off but when I developed my films (at that time I didn’t use digital cameras yet) I discovered that many of my slides had the other AMXs covered by our wingtip’ Sidewinder launch rails.

2) There’s not so much room inside a jet cockpit. It’s easier pointing your camera and medium sized lens ahead than towards tail while wearing a cumbering flight helmet and a Secumar lifejacket.

3) Since space is limited, moving and turning your head it’s very difficult. Because you’r not familiar with that environment you have to be careful, in order to prevent any of your items from interfering with the flight controls. Seat harnesses can be slightly released but turning your body towards the tail is something difficult to deal with. I’m also 1,84 mt tall and I don’t wag easily within the cockpit.

4) Under a physical point of view, photographing ahead is a lot less difficult. Even if I’m not affected by travel sickness in normal conditions, I have experienced nausea and all others symptoms linked to the kinetosis during my flights with military aircraft (even if I have never had the need to vomit). Flying as a passenger in an unstable aircraft, during  acrobatic maneuvers, with the head always turned laterally and with a closed eye, is really demanding. A pilot, the former Commander of the 212th Gruppo at Lecce, once recalled to have experienced the same symptoms when flying as backseater with a camera! Anyway, all those symptoms intensify if you look towards the 6 o’clock (especially if you are not a military pilot used to G forces) and you seriously risk to waste your sortie if you are sick and can’t take pictures. In any case, the more you fly the more you get used to it. One day I flew a “tough” mission in an MB-339CD: a 2 vs 2 MIR with a simulated dogfight. At the end of the mission I had a strong sickness but the following day I flew an acrobatic mission without problems and I took a lot of “back photograph” of the other MB-339 flying as our wingman. There are also aircraft that are so stable that it seems to you that you are travelling in a train: the F-104 was one of them. 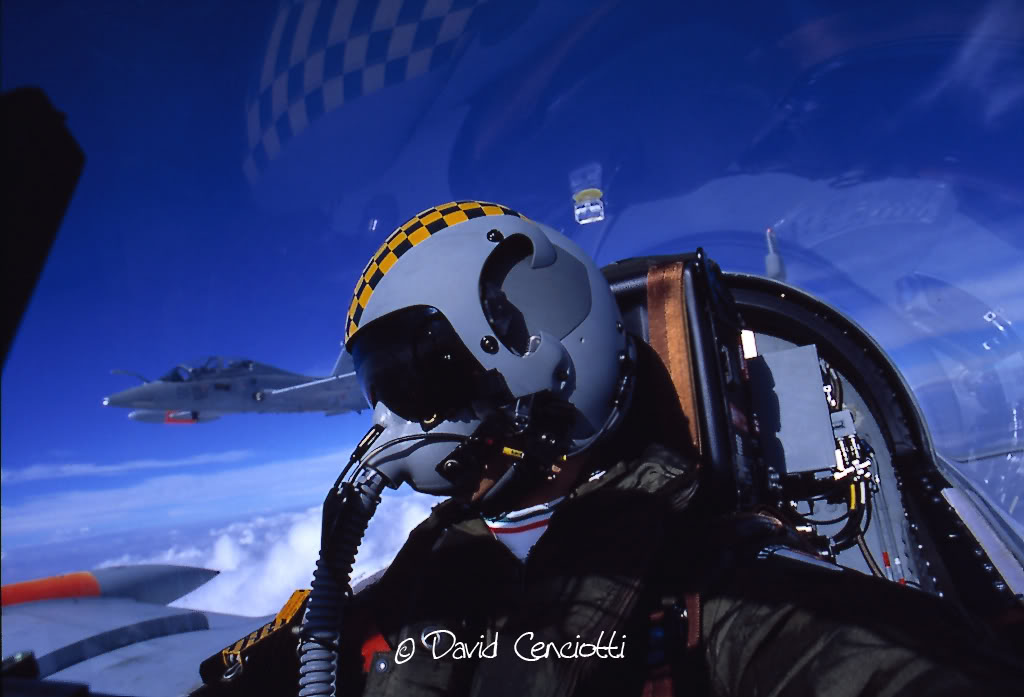 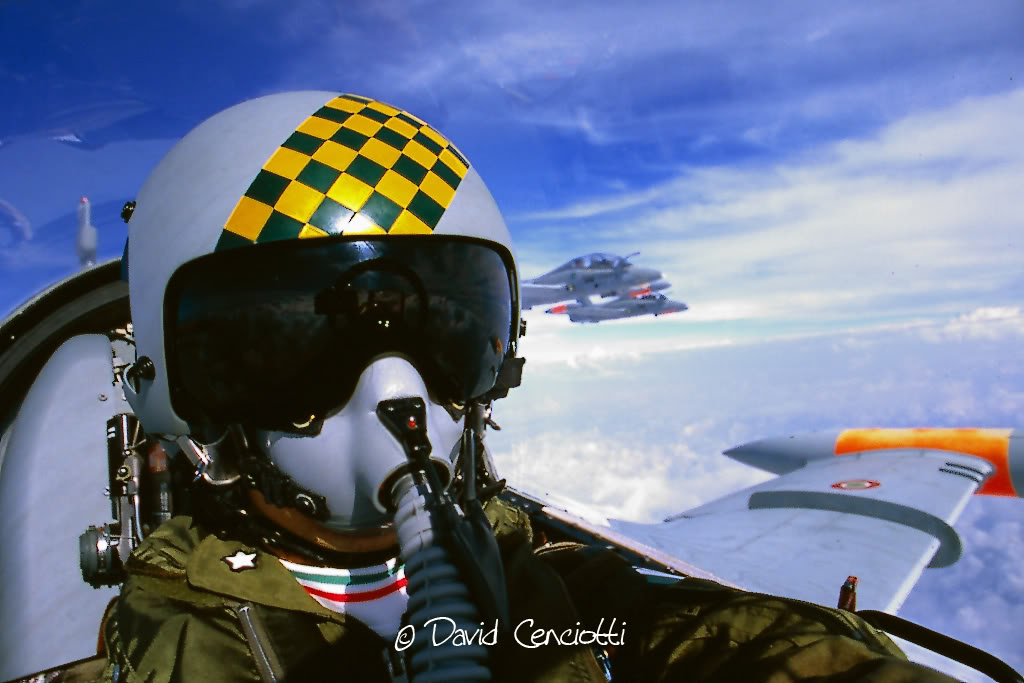 5) Usually, the photographer flies in a chase plane.  The chase can move almost freely to get the photograph at the passenger’s need. The aircraft flying as a leader has to move much more carefully in order to prevent the wingman from getting in a dangerous position or assuming a dangerous attitude. If you stay behind, you can move as you want to get picture like those published in this post or in this page: F-104 tribute. 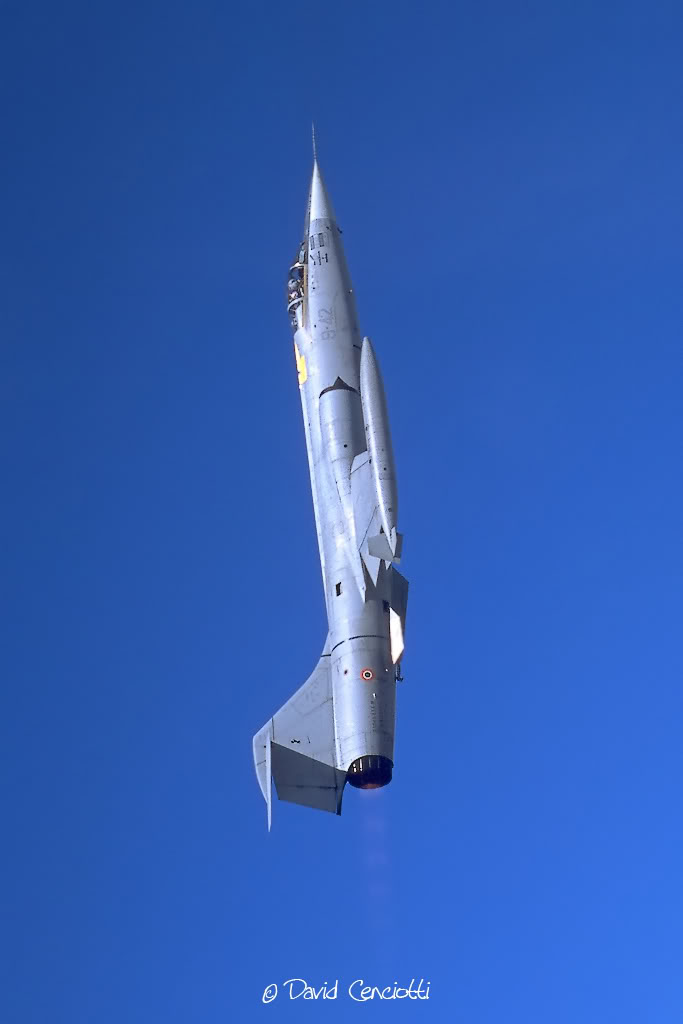 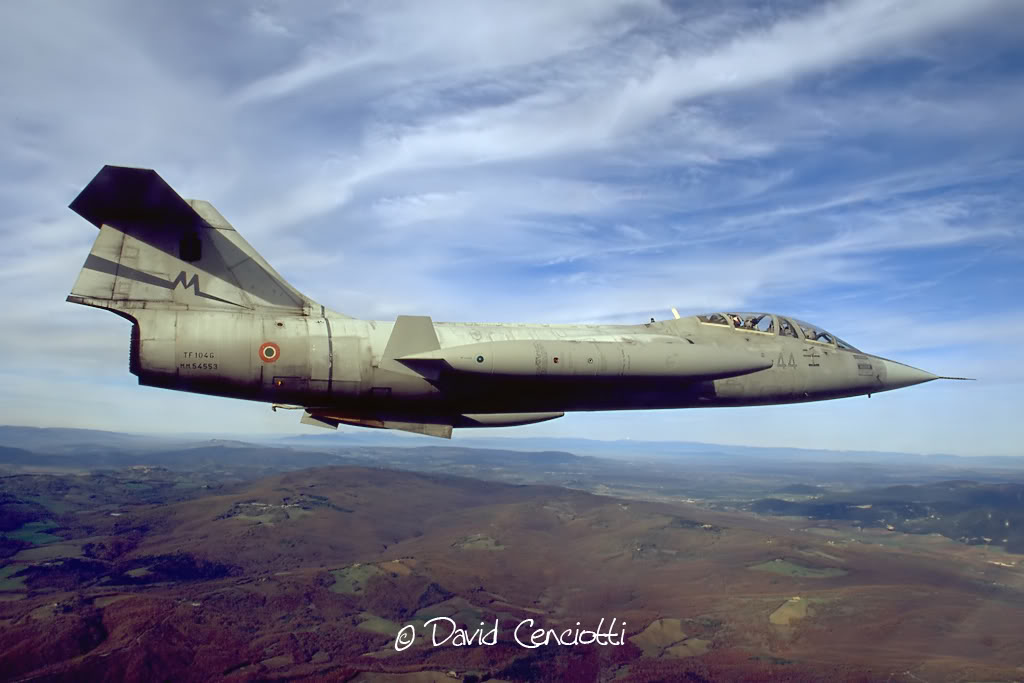 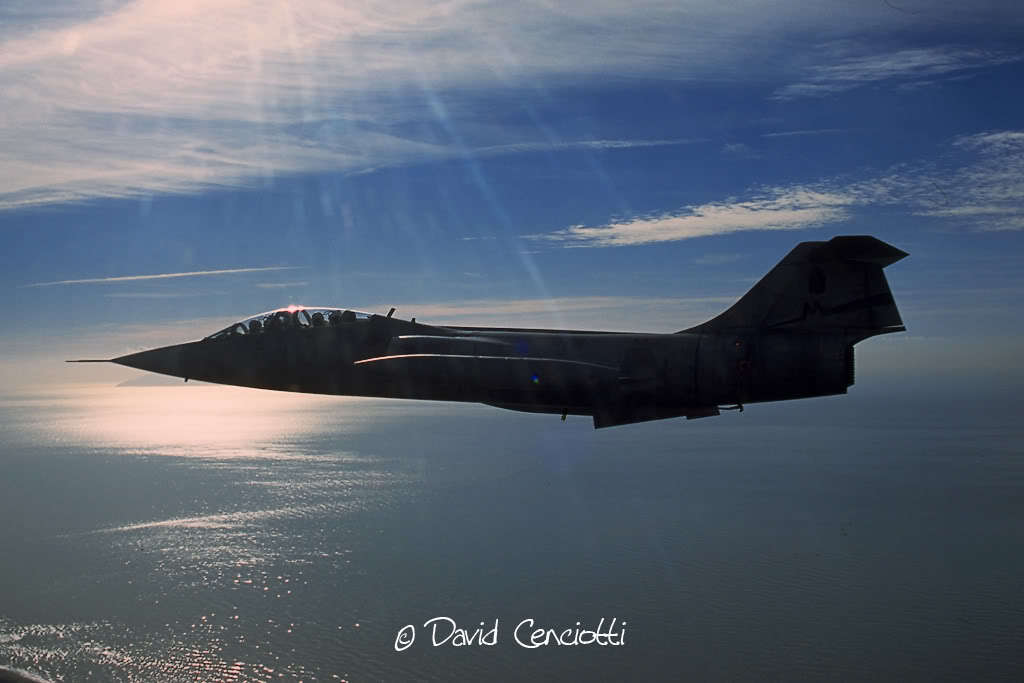 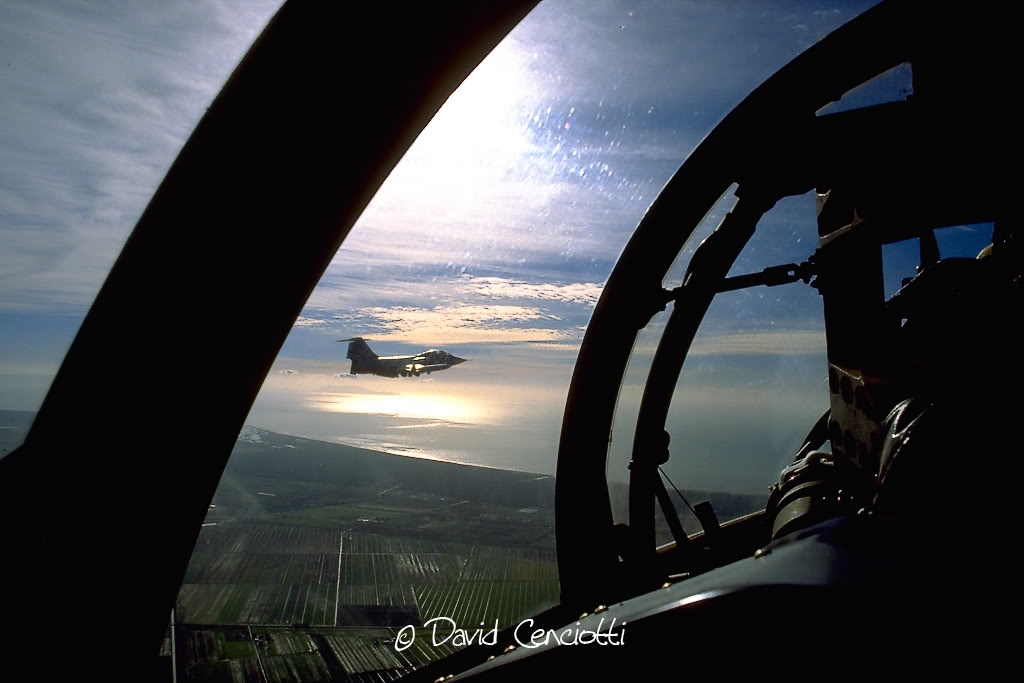 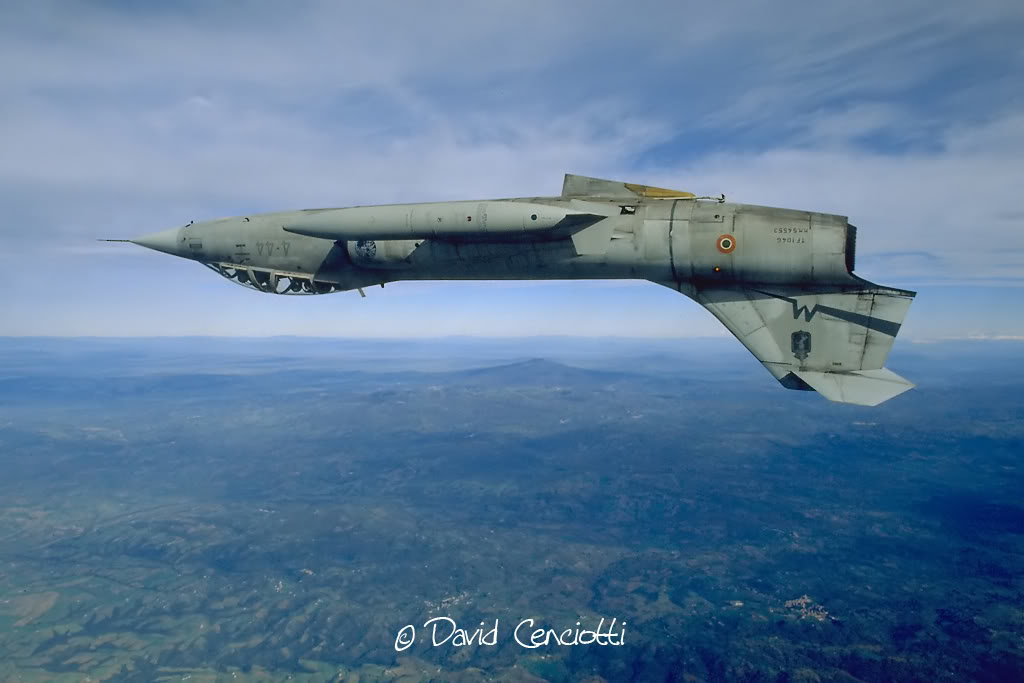 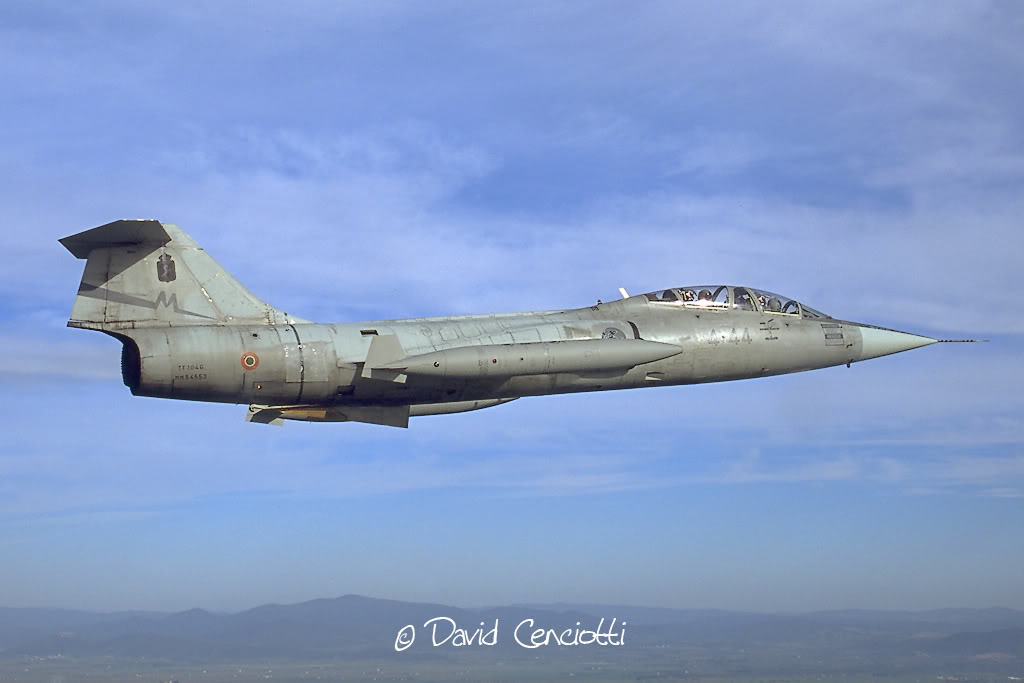 Laser Guided Bombs, attack runs and some low level flying in a cool footage featuring Brazilian Air Force A-1 light attack jets. Known locally as “A-1”, the AMX light attack aircraft is the backbone of […]