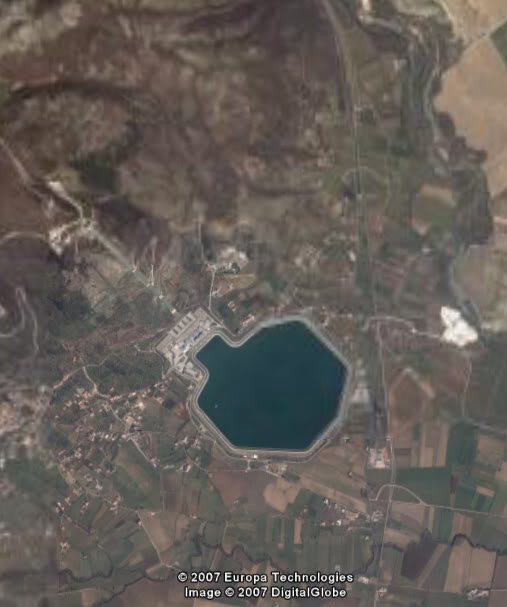 The following Reporting Point (RP) was used by Grazzanise F-104s while flying in accordance with VFR rules. It was (dunno if it is still used today since no Sqn is permanently based in Grazzanise) called “PENTAGON point”, but it is actually an artificial lake whose shape can loosely remind a pentagon.