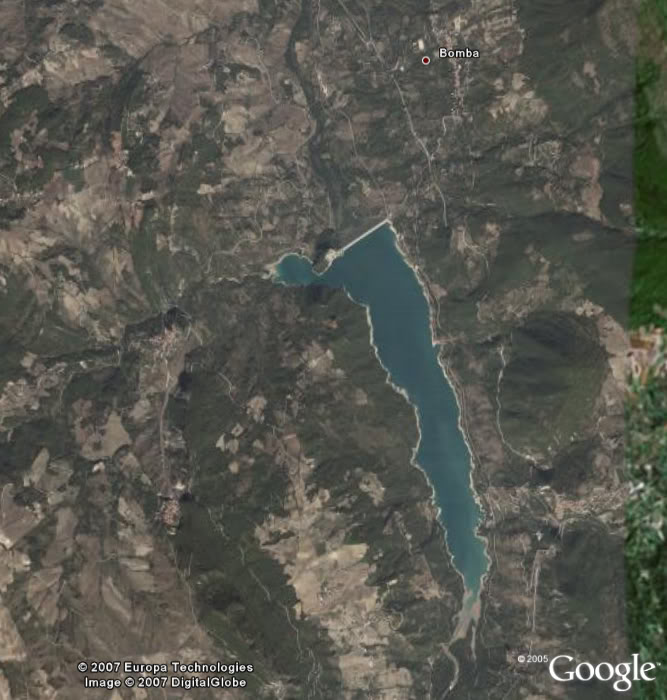 Bomba Lake is a small moutain lake located next to “Bomba” a village located inside the R-50 area. “Romeo Fifty” was one of the operative areas of the 10th Gr F-104s and Bomba lake was a Reporting Point often used a reference for Combat Air Patrols or for rejoining formations above a well recognizable point on the ground.