On Mar. 31, 2011, in my debrief “Operation Unified Protector (was Odyssey Dawn) explained (Day 13)” I used the following words:

Furthermore, it seems that the bad weather affecting the area of operations rendering targets identification difficult. Admiral Mike Mullen said that the biggest problem in the last 3 or 4 days was the weather as they were not able “to see through the weather or get through the weather to be able to do this kind of identification”. Honestly speaking, I’ve not seen any picture showing overcast conditions with complete cloud cover.

Something that appears also on the US DoD website’s article (available here: http://www.defense.gov//news/newsarticle.aspx?id=63393) in the following way:

Gates and Navy Adm. Mike Mullen, chairman of the Joint Chiefs of Staff, earlier appeared before the House Armed Services Committee in what was a full day of testimony about the U.S. role in Libya.

Coalition forces had to halt air operations over Libya due to bad weather for the past two days, causing rebel forces to retreat from areas they’d gained since operations began March 19, Mullen said.

In order to investigate on this topic, I used sat24.com to see if I could get the images of the cloud cover in the last few days. I browsed the archive and found what I was looking for. And it is quite interesting. I don’t think that you need a deep knowledge of meteorology to see that the bad weather over Libya wasn’t so bad (especially for the type of aircraft and weapons systems used in Unified Protector). Anyway, here’s an image I built to give you the possibility to draw your own conclusions. Was the bad weather the reason for the lack of airstrikes? In my opinion, No! 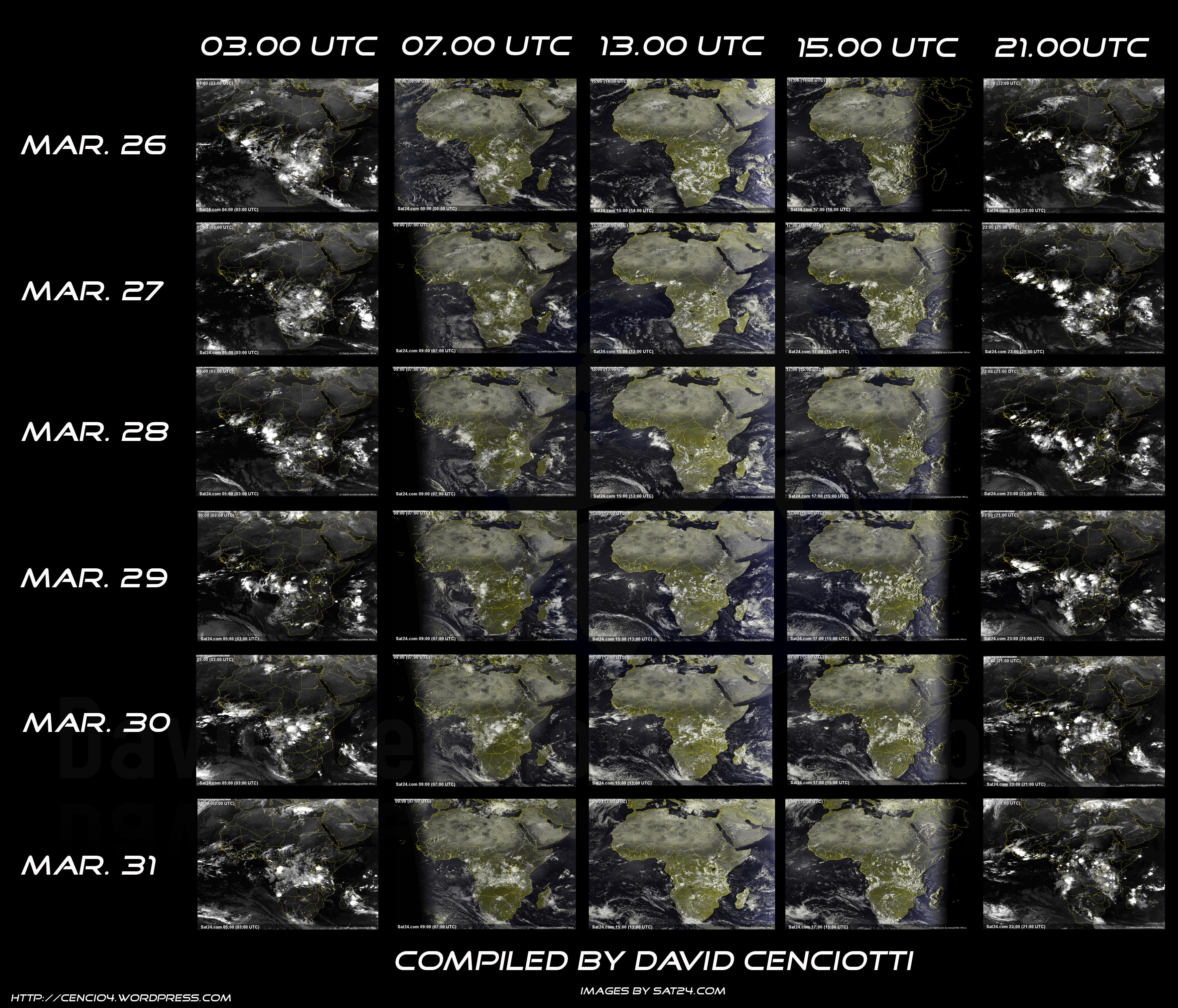