On Sept. 16, 2011, during the mini-airshow held at Grosseto airbase, the official book of the 80th anniversary titled “Al lupo, al lupo” was presented. I’m one of the authors of the new book (Hardcover, 224 pages, Italian – English text, ISBN 978-88-96723-01-2) an extremely detailed account of the recent and past history of the 4° Stormo. The book is mainly focused on the most recent years of the 80-year long history of the unit: as Col. Michele Morelli, commander of the Stormo, explained during his presentation’s introductiory speech, on the last year alone, the “Quarto” (Italian for “Fourth”) has hosted the Winter Hide 2011 exercise, has taken part in the most eastern operations of Italian tacair planes by deploying two F-2000s to Bangalore for Aero India 2011 air show, flew several sorties over Libya in support of Operation Unified Protector, and finally deployed to Iceland, for Exercise Northern Viking, where the squadron will provide air policing missions.

Send me an email if you want to buy a signed copy of this book at the very special price of 35 Euro (cover price 49 Euro) – Payment using Paypal. 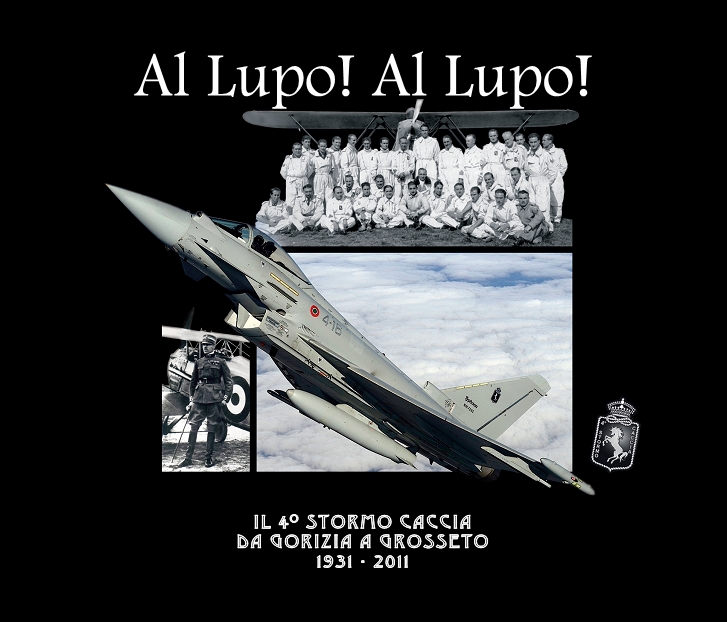