MANPADS once again lethal in Syria.

On Mar. 12, a Syrian Arab Air Force (SyAAF) Mig-21 Fishbed from Hama was shot down over Kafranboudah, Syria.

According to the Russian MoD, the aircraft was performing “airspace control tasks.”

Several video clips, shot from different points of view, have emerged of the aircraft flying over the Syrian village before and after it was hit by MANPADS (Man Portable Air Defense Systems).

Unfortunately, the footage we posted here has been pulled, but the screenshot gives a pretty clear idea of the downing.

Indeed, even though anti-aircraft artillery fire from a pickup can be seen in the above video, amateur analysts have been able to spot the characteristic smoke of the missile launch along with the missile heading towards the target as shown by the composite image below. 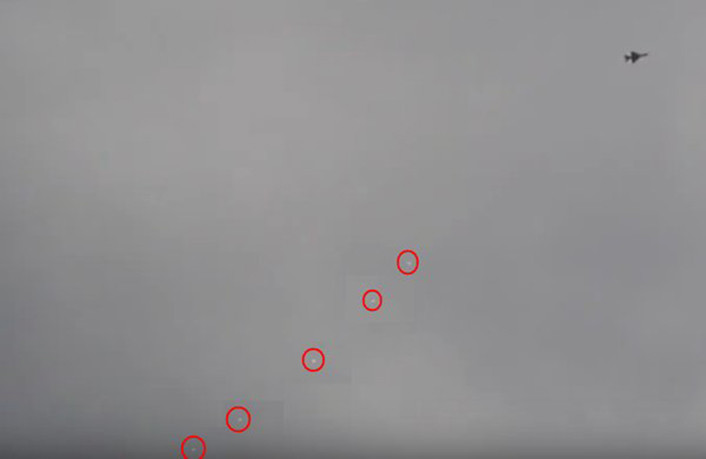 Although reports are still a bit contradictory, according to Sputnik news, the aircraft was a two-seater MiG-21US (NATO reporting name “MONGOL-B”) and one pilot ejected safely and was recovered by government forces, while the other one died while attempting a failed emergency landing.

H/T @obretix for the composite image

Since the first videos of L-39 Albatros, mistakenly identified by several media outlets as “Migs”, made their first appearance on Youtube on Jul. 24, the combat trainer equipped with an under fuselage gun pod and […]

Turkish Phantom shot down by Syria update: Damascus releases map with the route flown by the plane

On Jun. 23 Syrian news agency SANA has published the following statement issued by a Syrian military spokesman, which provides the version of Damascus about the mysterious downing of a Turkish F-4 Phantom off the […]