If you though that the Turkish RF-4E Phantom shot down by a Syrian anti-aircraft artillery battery on Jun. 22, 2012, was the first such episodes involving a Turkish jet, you were wrong.

The first (and largely unknown until now) downing occurred on Sept. 14, 1983 when two F-100F Super Sabre fighter jets  of 182 Filo “Atmaca” violated the Iraqi airspace. In response, a Mirage F-1EQ by Iraqi Air Force fired a Super 530F-1 missile and the Turkish fighter jet (s/n 56-3903) crashed in Zaho valley near the Turkish-Iraqi border. The plane’s pilots reportedly survived the crash and returned to Turkey. The incident, however, was kept almost secret, although some details surfaced during the years.

Finally, the third recorded incident occurred on Jun. 22, 2012, when a Turkish RF-4E (s/n 77-0314) of 173 Filo was downed by Syrian’s air defense artillery after violating Syrian airspace. 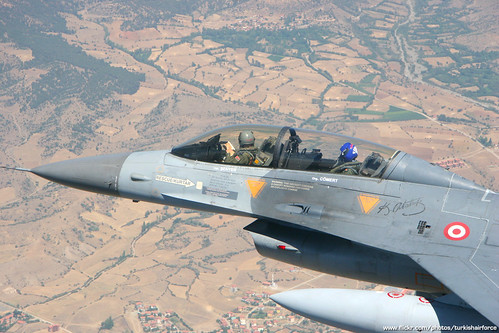