Published by AFRICOM’s Flickr photostream this interesting picture shows how an RQ-11B Raven mini-drone should be launched.

According to the caption, the demonstration was provided by Lance Cpl. Richard Hager, an intelligence analyst with Battalion Landing Team 1st Battalion, 2nd Marine Regiment, 24th Marine Expeditionary Unit during a demo flight for members of the Royal Moroccan Armed Forces in support of Exercise African Lion on Apr. 11, 2012. 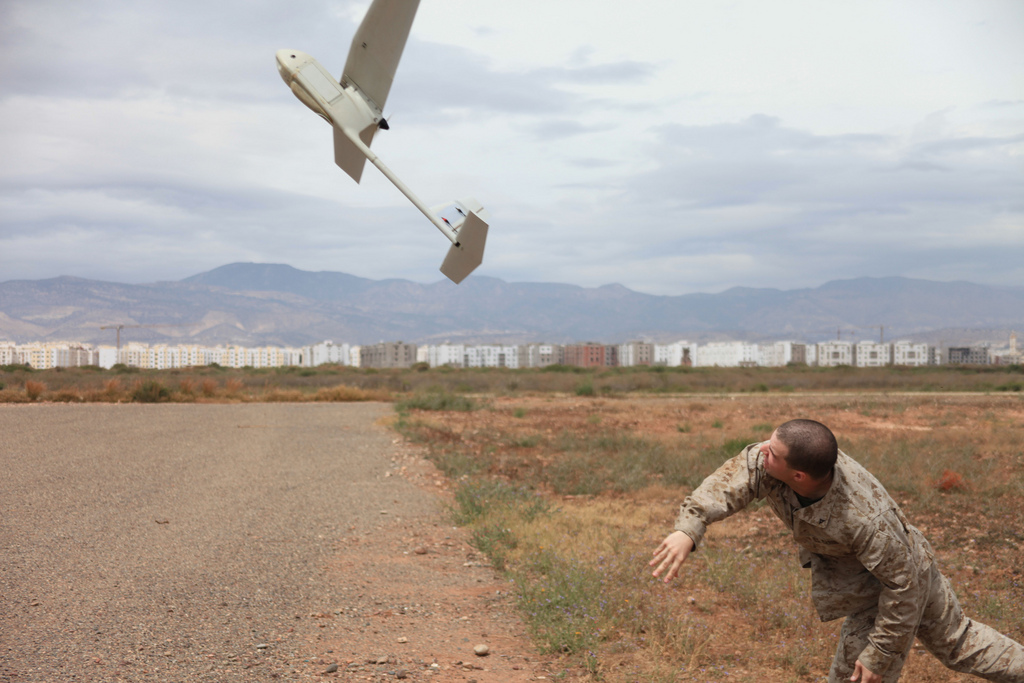 The RQ-11 robot was featured also in the action movie “Act of Valor“.

Mystery Drone exposed by satellite imagery at Lockheed Martin's Skunk Works update: it was already there in 2009…

Do you remember the mysterious UAV quitely sitting open-air at Lockheed Martin’s Advanced Development Program Facility at Palmdale airport, California? Unveiled by satellite imagery dated Dec. 4, 2011, the “new” drone has a signature that […]

New images of China’s Xianglong or Soaring Dragon unmanned aerial drone were released on the Chinese internet. Showing the drone from both sides and from the rear, the photos would be the newest of the […]