The U.S. congress has given permission to the $81 million finances to update the GBU-57A/B Massive Ordnance Penetrator bomb. The funding is thought to be needed to upgrade the fusing and the tail fins to give the weapon even greater ground penetration.

The MOP (Massive Ordnance Penetrator) itself is a 30,000lb weapon that can only be carried by the B-52 and B-2. It’s so big that only two can be carried at one time and in 2007 Northrop Grumman announced a refit contract so that each of the USAF’s 20 B-2’s could carry a couple of these “bunker buster” bombs.

The GBU-57 is GPS-guided bomb believed to be able to penetrate 200 feet down before exploding and began development after Gulf War 2 after it was found that earlier versions had poor ground penetration. The 20 foot long weapon is built by Boeing and the additional funds would also speed up the program. 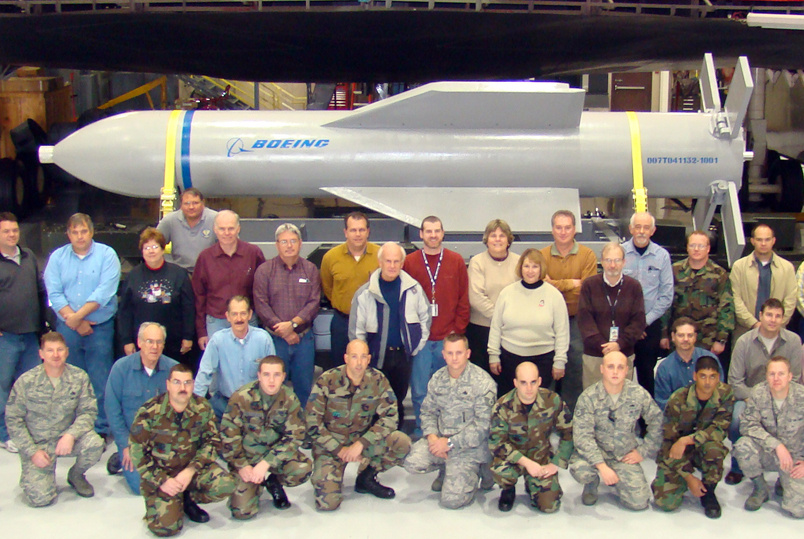 This comes a month after Iran announced that it is to begin Uranium enrichment at its Fordow facility, buried deep underground, and only a few days before Iranian President Mahmoud Ahmadinejad said that he has a major nuclear announcement to make.

It is safe to say that the enhanced version of the GBU-57 (MOP) would in the event of an attack on the Iranian nuclear factilities be taken into Iranian airspace inside the B-2 Spirit.

For this reason, along with making bombs more powerful, new tactics have been developed: dropping two MOPs in sequence and place the second bomb in the hole created by the first to get a double penetration depth. 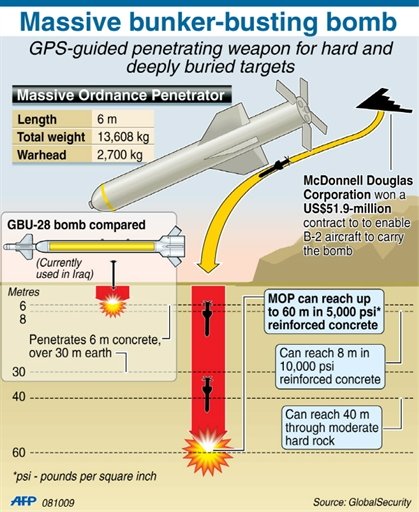 The Raptors of the latest Block can drop GBU-39 small diameter bombs on ISIS targets. The Raptors deployed to Al Dhafra airbase, UAE, are the most up-to-date F-22As flown by the U.S. Air Force. Assigned […]

Awesome, rare air-to-air photo of a B-2 Stealth bomber flying with a T-38 Talon

The T-38 Talon Twin-Jet Supersonic Trainer is a vital training tool used by B-2 Spirit stealth bomber pilots. The image above shows something you don’t see every day: a T-38 Talon and a B-2 Spirit […]