On Sunday Jan. 22, a C-5 Galaxy (#86-0023) using callsign “Rodd 10” performed a flyover for the AFC Championship game between New England Patriots and Baltimore Ravens. Used to fast jets flyovers, someone didn’t understand why an enormous Galaxy, flew at 1,000 feet over the Patriots’ stadium after the national anthem. 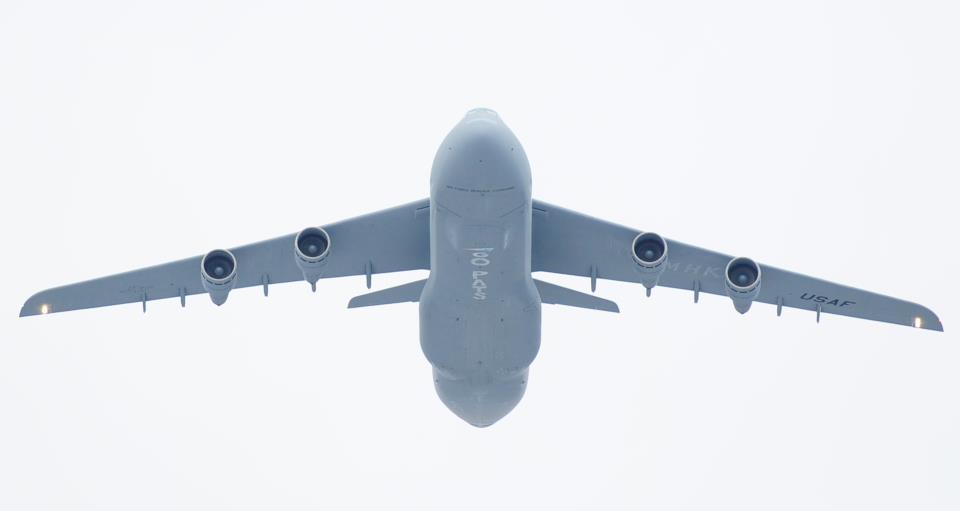 Here’s the explaination: the C-5 belonged to “The Patriot Wing”, the 439th AW (Airlift Wing) from Westover ARB, whose plane’s tails are adorned with the same Patriot’s logo as the NFL franchise. The aircraft, just returned from an airlift mission Afghanistan,  flew over the stadium at the end of a local training sortie. 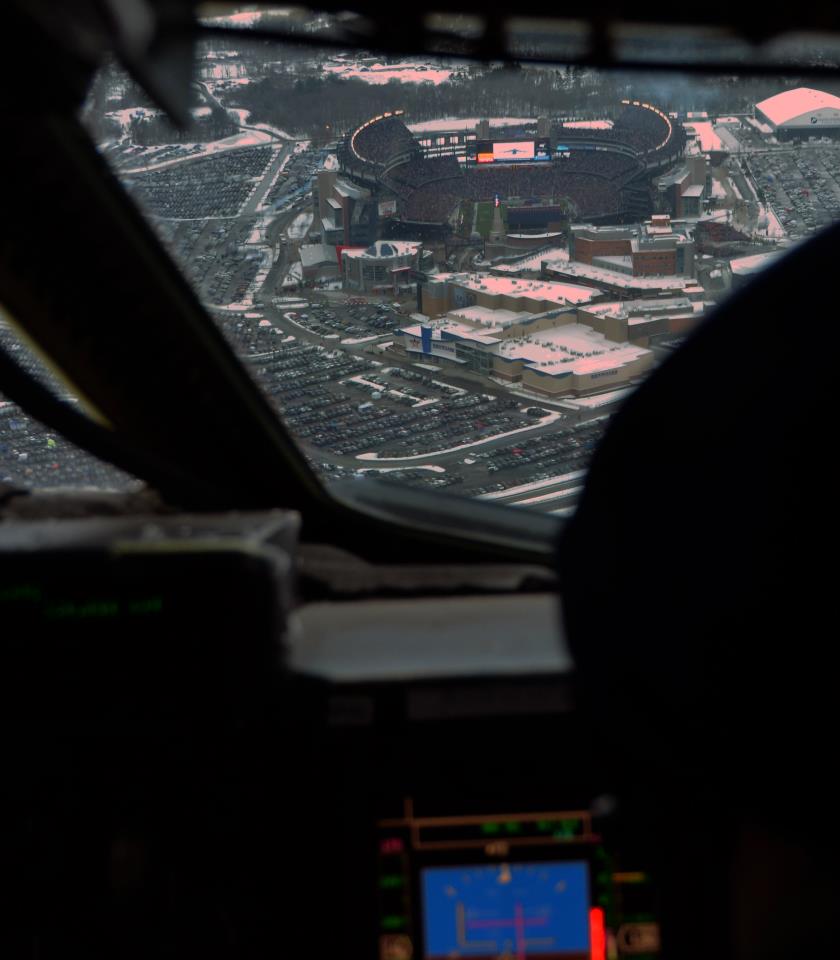 Noteworthy, the aircraft had a “Go Pats” text under the belly and “MHK” acronym below the left wing between the engine as the patch used on Patriots’ jerseys to memorialize Myra Hiatt Kraft, the wife of team owner Robert Kraft, who passed away in July 2011.