Helikopter Hysterie blog’s editor Axel M. Vollmer, who posted my Stealth Black Hawk digital mock up in May,  has recently taken the following pictures of a mysterious Stealth Helicopter sitting out in the open at Torrance Airport / Zamperini field, home of Robinson Helicopters, in California. 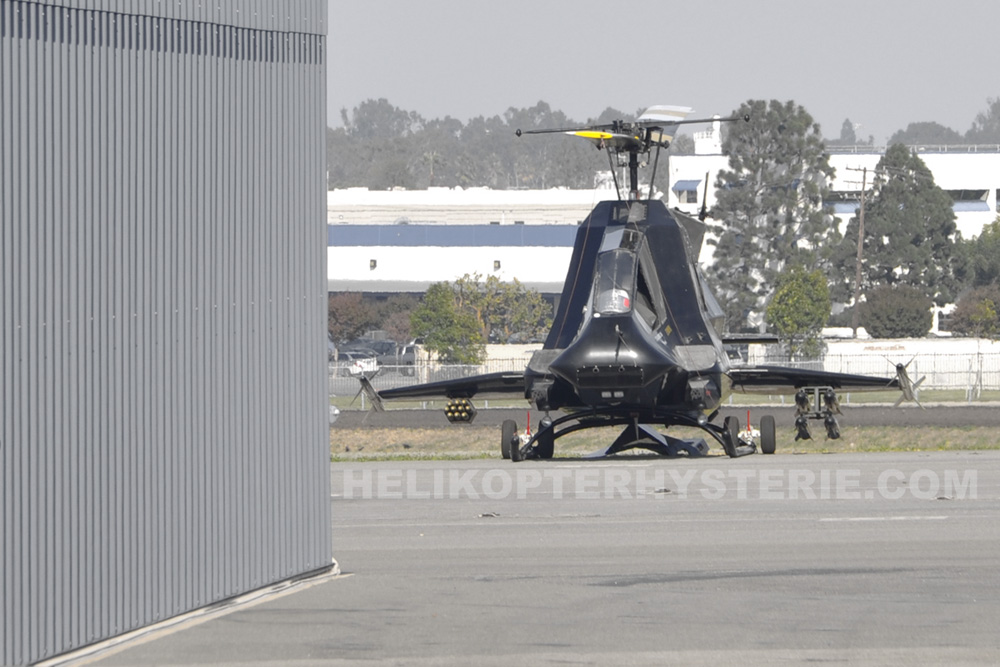 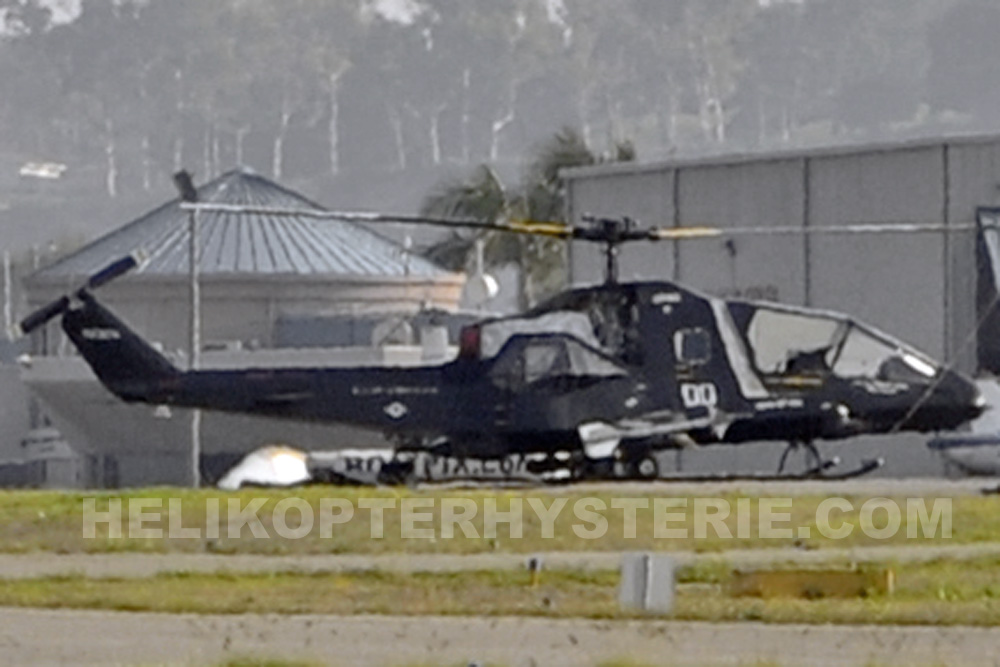 Although Alex wonders whether he has stumbled upon a next-gen US military helicopter or has just seen a new experimental chopper, he admits that the black helo parked at Torrance airport must be some kind of fake stealth used for a movie.

Obviously, I don’t think the above chopper has anything in common with the Stealth Black Hawk involved in the Osama Bin Laden raid either. It hasn’t anything you’d expect in a real stealthy chopper: rotor shape, type of blades, noise reduction covers, etc. (without considering that unrealistic AIM-9L Sidewinder carried on the right wing….). Furthermore, not even it would be sitting without armed guards in case of an emergency landing.

However I’d be curious to know if anybody know something more about this helicopter or is able to understand which basic model was so heavily modified and for what purpose (movie, documentary, TV drama series, ).

Update: thanks to Thorsten, a visitor of this site, I’ve discovered that the above aircraft is a derivative of the American Aircraft Penetrator, a proposed gunship conversion of the famous Bell UH-1 Huey, whose name is Stealth Star. According to the official website the Stealth Star is the result of a retrofit of an existing helicopter performed by AEROCRAFT Corp under AEROCRAFT Strategic Advantage Program (ASAP).

AEROCRAFT mission seems to be addressed to government agencies rather than private owners:

“Countries must now defend themselves against the growing threats of small-scale conflicts. These elusive threats, from terrorism to border incursion, drug wars and insurgency, have forced the defense to take the high ground. And the best weapons for this new battlefield is specialized, highly advanced helicopters, designed to penetrate the new combat arena and withstand small arms fire.

Many government agencies cannot compete effectively in this new combat arena because their Vietnam-vintage helicopters are too old. These helicopters share obsolescence, redundancy, and poor aerodynamics, ballistics vulnerability and often carry outmoded weaponry. Aluminum exteriors and blind spots make them vulnerable to small arms attack. The high heat signature from the helicopter’s turbo shaft is an easy target for heat seeking ground missiles. History has shown that 90% of helicopters were downed by small arms fire and 80% of these never saw their attacker.

The cost of purchasing new, advanced helicopter systems is astronomical. And the process can take years of negotiation. AEROCRAFT can help you eliminate these obstacles.

“Through ASAP, an existing helicopter can be reconfigured into a powerful Penetrator gunship within 18 months. This is a significantly shorter time frame than the three to five-year schedule required purchasing a new helicopter. And, depending on the options required, up to three Penetrator gun ships could be purchased for the cost of one new helicopter.”

Dealing with the tech embedded in this alleged stealth chopper:

A KEVLAR all-composite monococque exterior provides ten times the ballistic resiliency of aluminum. The high-visibility cockpit design improves peripheral sight and eliminates blind spots. A heat-suppressing device on the turbo shaft brings the heat signature below the threshold of heat-seeking missiles. The engine is isolated for increased survivability. Fifty caliber machine guns are stored inside. And, new sophisticated aerodynamics are unmatched by any other Western helicopter.

So, provided that you trust AEROCRAFT Corp. and their ability to modify an helicopter without affecting its airworthiness and flight safety, maybe you can turn your chopper into a real (…) gunship.

Take a rare ride on Marine One: what it’s like to travel aboard President’s chopper

When President of the U.S. travels aboard the VH-3D (or any other chopper operated by the USMC HMX-1 – Marine Helicopter Squadron One), the helicopter uses the radio callsign “Marine One” by which the aircraft […]