The following pictures, courtesy of Lazygranch.com (worth a visit for tons of material about airplanes, missiles, black projects, Area 51, UFOs, and so on) were shot during last weekend’s Fleet Week in San Francisco Bay. They are particularly interesting because they show the B-2 flying saucer-like stealth bomber from a particular angle you won’t see regularly: the perspective of the ground target that is going to be hit or, if you prefer, the one of the JDAM bomb just dropped).

B-2’s shape is so “flat” that its serial number (82-1069) and the two letter tail code are written on the landing gear’s doors, that are the only “vertical” surfaces when the aircraft is on the ground. As the following images show, such codes can be found on the belly of the aircraft along with the “Invisible Defenders” titles. Noteworthy, the “Spirit of Indiana” wears the stenciling on the undercarriage doors as well as some tiger stripes slightly different from those seen so far on the planes of the 393rd Bomb Squadron “Tigers” – 509th Bomb Wing – based at Whiteman AFB, Missouri (the only operational base for them in the continental United States). 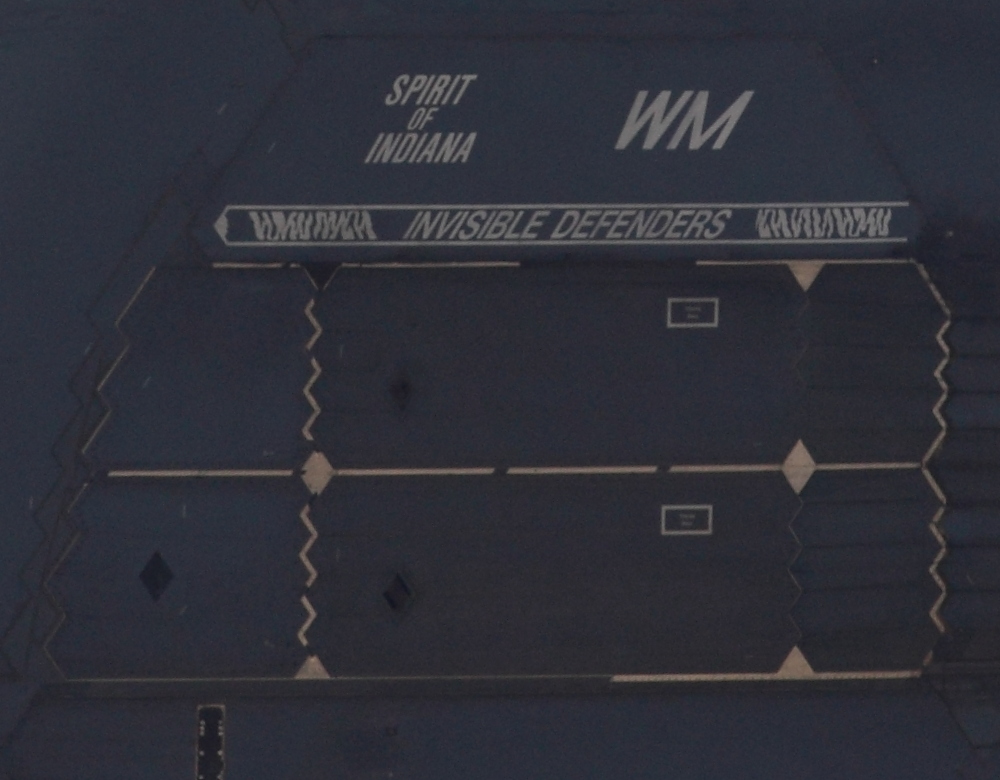 Lazygranch.com noticed also that, based on the instructions you are given when you manage to get a media pass for Edwards AFB, people is not allowed to photograph the rear end of the plane when it is on the ground. For this reason, the B-2s attending public events are usually parked with the rear away from the crowd. It’s hard to understand the reason for this denial, since there are many pictures of the rear of the plane on the internet. However, maybe they don’t want any more close ups of the exhaust, of the beaver tail pitch control (used to alleviate the ride if front sensors detected a vertical gust) or the Radar Warning Antenna, to be taken.

The U.S. congress has given permission to the $81 million finances to update the GBU-57A/B Massive Ordnance Penetrator bomb. The funding is thought to be needed to upgrade the fusing and the tail fins to give […]