As frequent travelers know many airlines keep their IFE (In Flight Entertainment) system switched off on domestic/short range routes because – using Mary Kirby’s (aka RunwayGirl) words – “Some carriers decide that the costs do not outweigh the gains, even after installs”. Basing on my personal experience, the Italian flag company was among those who didn’t give their travellers the pleasure of personal televisions on domestic and short range networks until Giovanni Maduli sent me the following picture he took on an Alitalia A320 flying from Cagliari to Rome with an operative IFE. The system provides each passenger with a moving map or a selection of channels broadcasting movies, sports, children’s shows and fashion: a pleasant surprise. 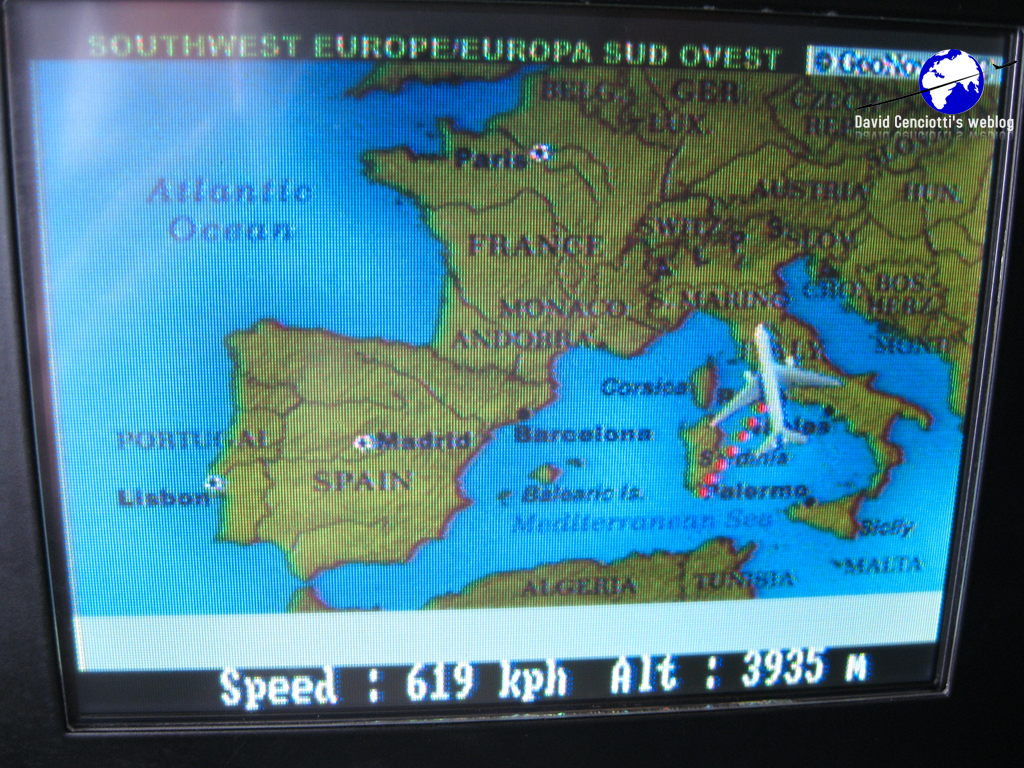 Some pictures of aircraft performing scheduled services from Rome – Fiumicino airport, depicted departing from runway 25 on Feb. 5, 2011. About David CenciottiWebsiteFacebookTwitterLinkedIn instagramDavid Cenciotti is a journalist based in Rome, Italy. He is […]