Between 2003 and 2004, Piercarlo Ciacchi, a former F-104 pilot currently flying with the Frecce Tricolori display team, produced a series of videos he took flying with the Starfighter from Grazzanise, where its squadron, the 18° Gruppo, was temporary deployed. The following one is dedicated to the world famous 9-99, the red special colour of the 9° Stormo; the first and only Starfighter in special colour scheme ever made by the wing based in Grazzanise. The video is titled “Un aereo speciale” (“A special plane”) and you can watch it all by clicking the below image: 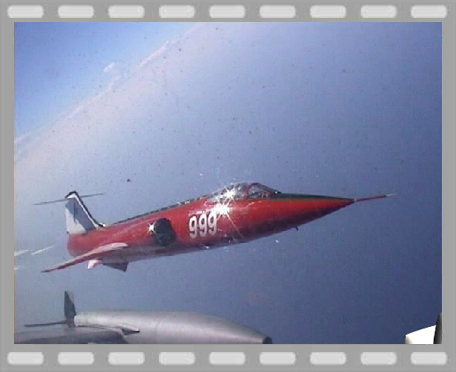 A Boeing 787 was intercepted by the Italian Air Force after experiencing loss of radio contact with the Air Traffic Control A Boeing 787 Dreamliner, flying between Delhi and Rome as Air India AIC123 flight […]

This is not a composite picture showing the same aircraft during a turn. It is a photo taken in 2004 at Grazzanise airbase and depicting the first section of the Frecce Tricolori performing the “break” over the […]