Some visitors of this site who closely analysed the pictures I took aboard USS Nimitz, asked me why the F/A-18 Hornets (both C, E and F variants) have the rudders deflected inwards during catapult launches.

That position of the rudders is common to all the Hornets, not only those departing from the flight deck of an aircraft carrier: the rudders are deflected to help the nose raising as the aircraft departs. Since the vertical fins are angled outwards, deflecting both rudders inwards gives a downward component of lift, which acts behind the centre of gravity, generating a pitch-up momentum that assists the elevators. 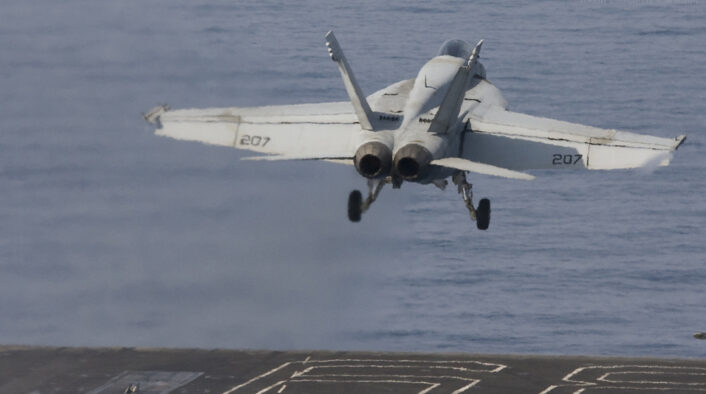 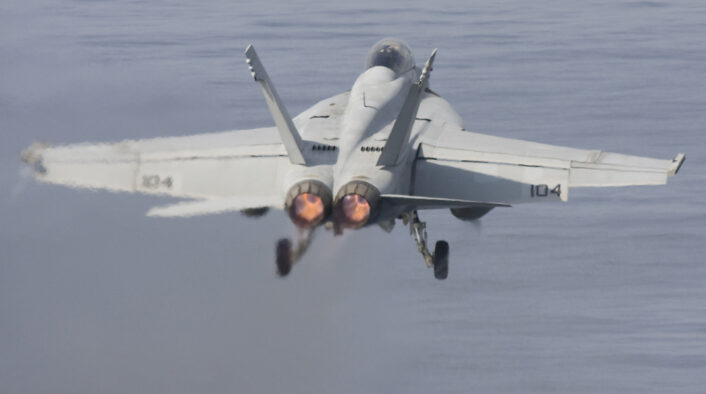 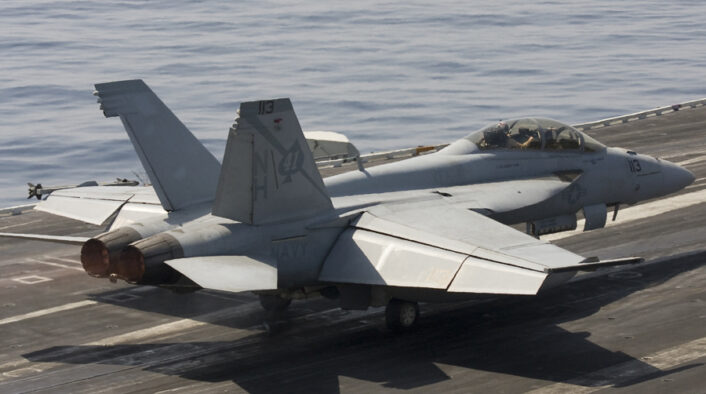