Last year I praised Delta Airlines for its enjoyable in-flight safety video that showedcased the beautiful Katherine Lee. The video not only was eye-cathing (some passengers do not pay enough attention to the safety videos broadcasted before departure) but had become famous and thus effective under a marketing and branding point of view (to read the article click here). Another interesting example for increasing the popularity of a brand (in this case, a military flying unit), comes from the 211th Sqn of the Czech Air Force.
The 211 Sqn, based in Čáslav, is one of the most important unit in the CZAF as it is equipped with the JAS-39C/D Gripens that were taken on charge in 2005 and is responsible for the Air Defense of the Czech Republic airspace. Since May 1, 2009, the 211 Sqn is also conducting NATO Baltic Air-policing missions from Lithuanian Air Force Aviation Base (Siauliai) that represents the first tactical operation abroad of a Czech contingent since WWII.
This year the Sqn had a clever idea and created a 2009 calendar that mixed up the Gripen with beautiful girls with the purpose to make an attractive product able to explain the everyday’s activities at their base. The Sqn calendar represents an interesting marketing action aimed to promote aviation and “advertise” an aviation-related brand (the CZAF or the 211th Sqn for example) also among non-aviation enthusiasts using a different type of product.
Milan Roudny of the 211th Sqn of the CZAF, who had the idea of the calendar, explains:

“Presentation of the 211th tactical squadron? That was a question that many members of our squadron had in their minds for a long time. We kept discussing the ways to present our squadron in an interesting and professional way in spite of the low PR budget. Finally, we decided to create something at our own expense. I got an idea to create a squadron calendar that would illustrate and explain our everyday’s job at the airport to the general public. To make it more attractive, we decided to take pictures of beatiful girls as they were performing jobs of the ground crew and pilots. We spent approximately one month with the arrangements for the shooting, developing attention-grabbing topics and making selection out of beautiful models. Since I and my colleagues have an experience in photography, we invited four pretty girls to the airbase where we spent all day taking pictures with them. We managed to put together a long series of high-quality photographs. The very next day, picked the most beatiful snap shots and took them to a graphical studio to have them edited and printed. As it was our first attempt to create promotinal materials of such type, we were impatiently waiting for the response of the general public to the calendar. We published an article on our web site (http://www.211squadron.cz soon available in English. NdA) and to our surprise, we have received a lot of positive feedback. Thus, we decided to make a new calendar for the coming year. Hopefully it will be the same quality or even better“.

Following you can see some of the pages of the 211th Sqn 2009 calendar. The entire calendar, courtesy of 211th Sqn CZAF, can be downloaded in pdf format here: 211 Squadron 2009 Calendar. 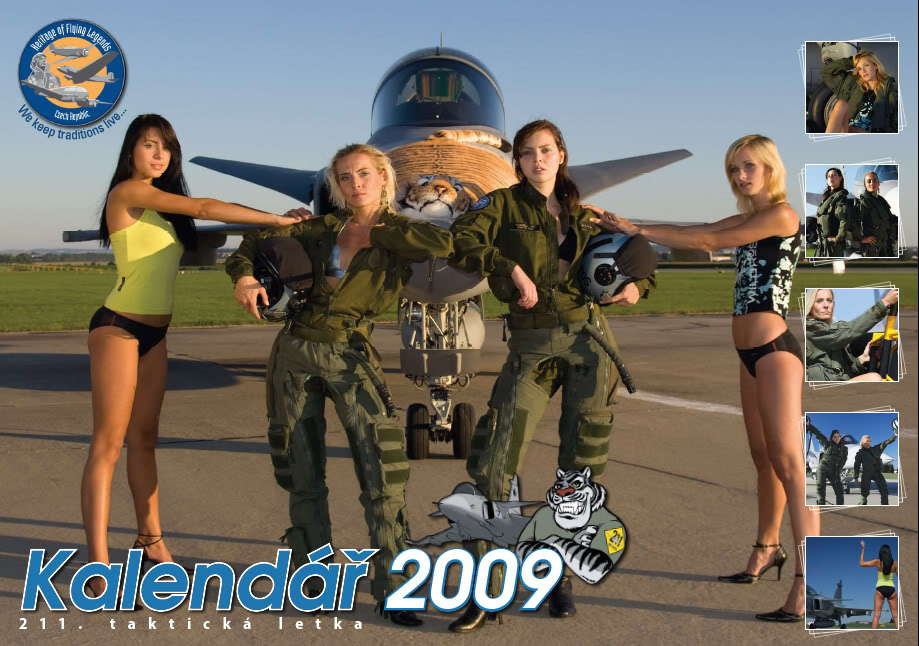 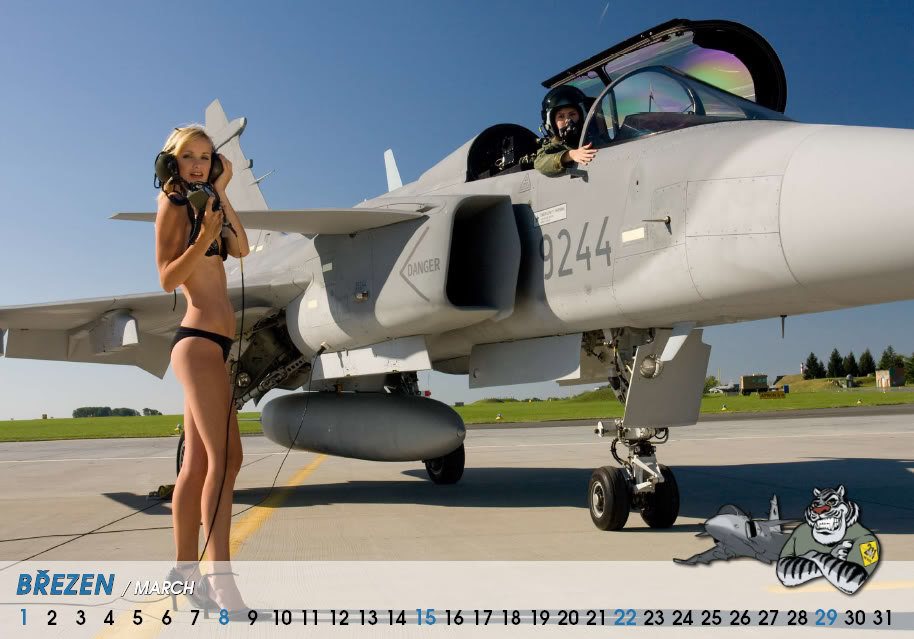 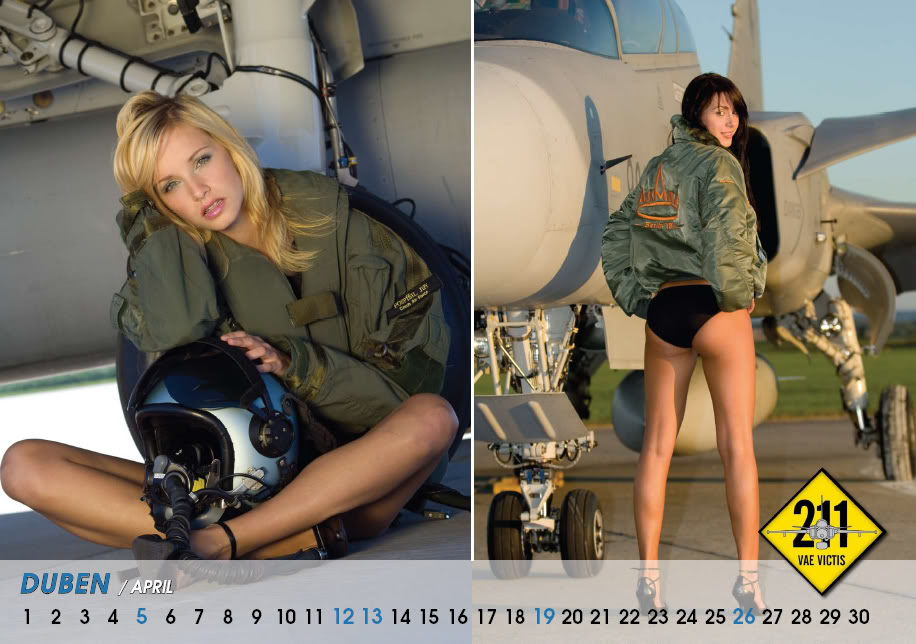 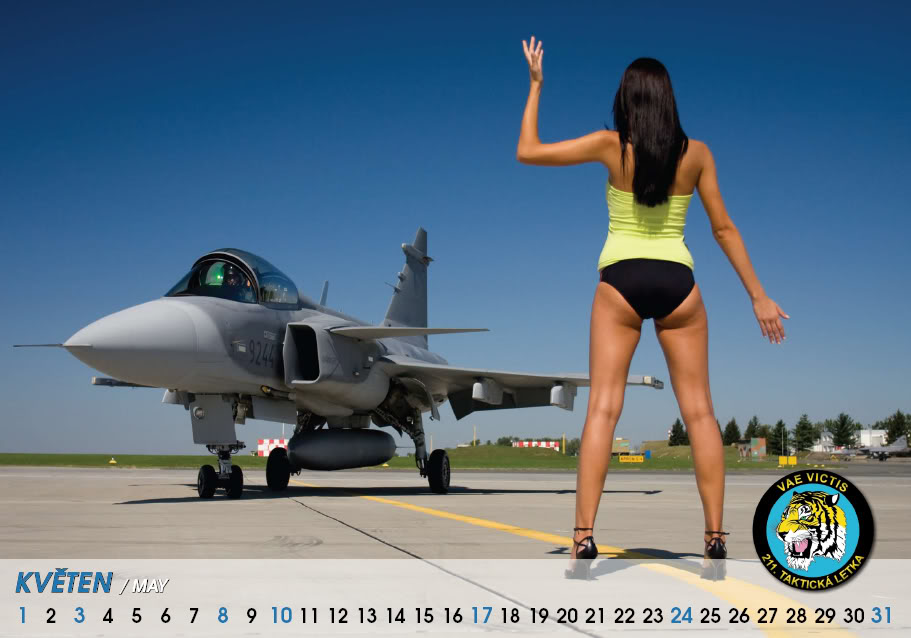 The weblog’s 2010 calendar is available for download (and print up to A3 size). Two versions available: one for Italian readers (with Italian festivities) the other one for foreign readers. Click on the following links […]