Analysing the recent US1549 ditching in the Hudson River (http://cencio4.wordpress.com/tag/awe1549/), I explained that the success in the difficult splash down was the result of a perfect maneuver and luck. Even if I still believe that luck is important to increase survivability in case of emergency, when talking about aviation safety, I believe that it sometimes doesn’t come alone and it is strictly tied to the crew’s airmanship. Capt. Sullenberger perfomed a difficult maneuver he had never attempted before. He was lucky, as the rest of the crew and the passengers were, but the “happy ending” could have been tragic and luck would most probably be enough if “Sully” had not made the right decisions and had not followed the correct procedure. Pilot’s experience, skill and cold blood, are paramount to increase the possibilities of achieving a succesfull crash landing. In order to emphasise this point I will remind you another crash landing, the one of the Tuninter 1153. On Aug 6, 2005, TUI 1153 flight, an ATR-72-200 with registration TS-LBB, enroute from Bari-Palese airport, Italy, to Djerba-Zarzis Airport in Djerba, Tunisia, ran out of fuel and ditched in the Tyrrenhian sea 26 chilometers to the North East of Palermo, Sicily. 16 POB (2 crew members and 14 passengers) died in the accident while 23 survived the crash. The root cause of the crash was an ATR-42 fuel gauge erroneously installed on the ATR-72. Both gauges have the same form factor but they are different as the Fuel Quantity is calculated by processing the signals coming from capacitance probes in the tanks with a specific algortithm that differs from aircraft to aircraft, depending on the shape and size of the tanks. When TUI 1153 departed from Bari, the FQI indicated 2.700 kilograms, while the actual amount of fuel was only 570 kgs. At 15.17′47″LT, 4 minutes before the first engine failed, the crew did not notice the low pressure indication. At 23.000 feet, at 15.21, the aircraft lost the first engine, to be followed by the second at 15.23. The pilot declared an emergency at 15.24 informing Rome Radar that they were diverting to Palermo Punta Raisi airport. The aircraft did not make to Palermo, glided for 14 minutes before ditching at around 15.40. Six Tuninter employee at the time of the disaster were found guilty by the court of Palermo. Among them, Captain and Fist Officer who survived the crash (the only 2 crew member to escape the aircraft of the 4 on board).
Even if the problem was with the gauge, according to the investigation the pilot made a series of mistakes that for sure contributed to the crash and did not help to solve the emergency:

before experiencing the emergency:
– he did not check that the installed FQI was correct (both him and the FO had requested a replacement the day before for a failure, replacement that was performed in Tunis) and working properly

in-flight:
– he ignored the acoustic warning 4 minutes before the first engine quit
– after losing the first and later both engines he started a steep descend instead of gliding smoothly
– there was too much confusion in the cockpit and 10 minutes after the aircraft had lost both engines, the crew had not started the appropriate check list yet
– ditching was not performed as foreseen: the aircraft has an angle of attack comprised between -0,1° and 0,8 even if AOA, according to the manual, had to be of 9°. The Vertical Speed is too high: 13 feet per second instead of the foreseen 5 fps. The approach to the surface of the water was performed with tail wind and not parallel to the waves. In particular, the uncorrect aircraft attitude was the root cause of the violent impact with the water and the subsequent quick deceleration and disintegration of the airframe.

Nobody can say if a ditching performed “as prescribed” would have changed the destiny of TUI 1153. For sure, despite the gauge mistakenly installed on the aircraft, the investigation focused to a large amount of cockpit crew’s errors, which, most probably, cost some human lives. In your opinion, did this ditching fail because of bad luck? In my opinion, it was not a matter of luck (only). Most probably the particular high-wing of the ATR72 (the same of the ATR42) did not help since the floating line was above the cabin (as the following picture of an Alitalia ATR42 shows) 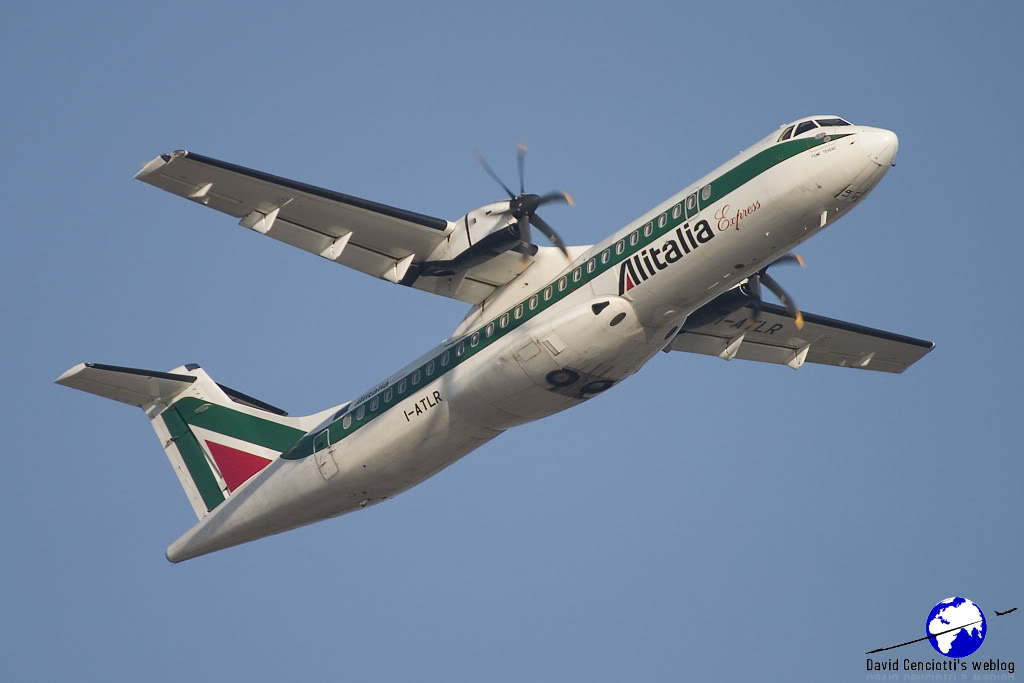 but the captain had some luck (he was flying at high altitude, he could point the ATR72 towards some boats, he had plenty of time to perform the check list and appropriate procedures, he ditched in the warm water of the Tyrrhenian Sea in August) and he simply wasted it.

The following pictures were taken by the Italian Coast Guard a few minutes after the crash landing. According to the autopsies the majority of the dead passenger didn’t survive the crash, but some drowned). 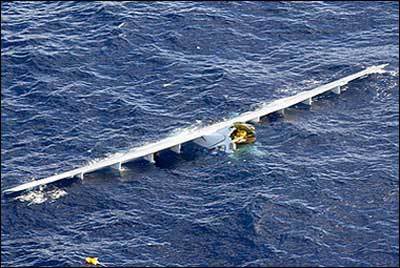 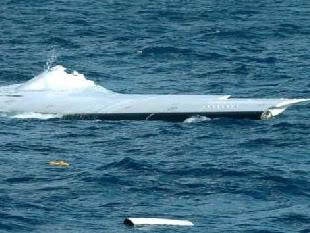 Piana delle Orme, located near Borgo Faiti some 90 kilometers to the South of Rome, is a historical park where visitors can find a heterogeneous and interesting collection that includes aircraft, tanks, locomotives, carts, models, […]