There’s a lot of interest about the fate of the MM6507 that was (apparently) being restored at Grazzanise (read also these posts http://cencio4.wordpress.com/2007/11/28/mm6507-update/ and http://cencio4.wordpress.com/2007/11/12/new-f-104-restoration-project-discovered/).
Someone initially pointed to the F-104 pole mounted in Istrana with code 51-21 as the MM6507 seen at Grazzanise, however, when I visited Grazzanise for the last time on Apr 26, I saw the aircraft among the others in the famous scrapyard next to the GEA hangar. The preserved grey 51-21 that was erected in the centre of Istrana (town), was identified by the IFS (International F-104 Society) as MM6552.
Here are a few pictures I took in Grazzanise on Apr 26. Among the others (on the right) you can notice the camouflaged tail of the MM6507 with the characteristic 22 Gruppo/51 Stormo bagdes. 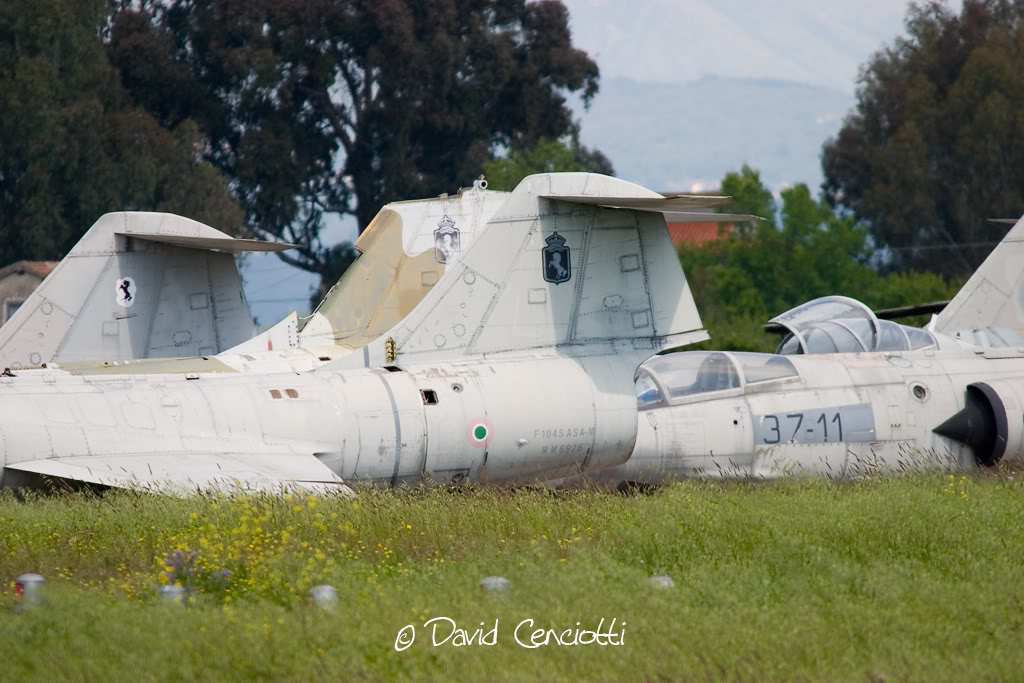 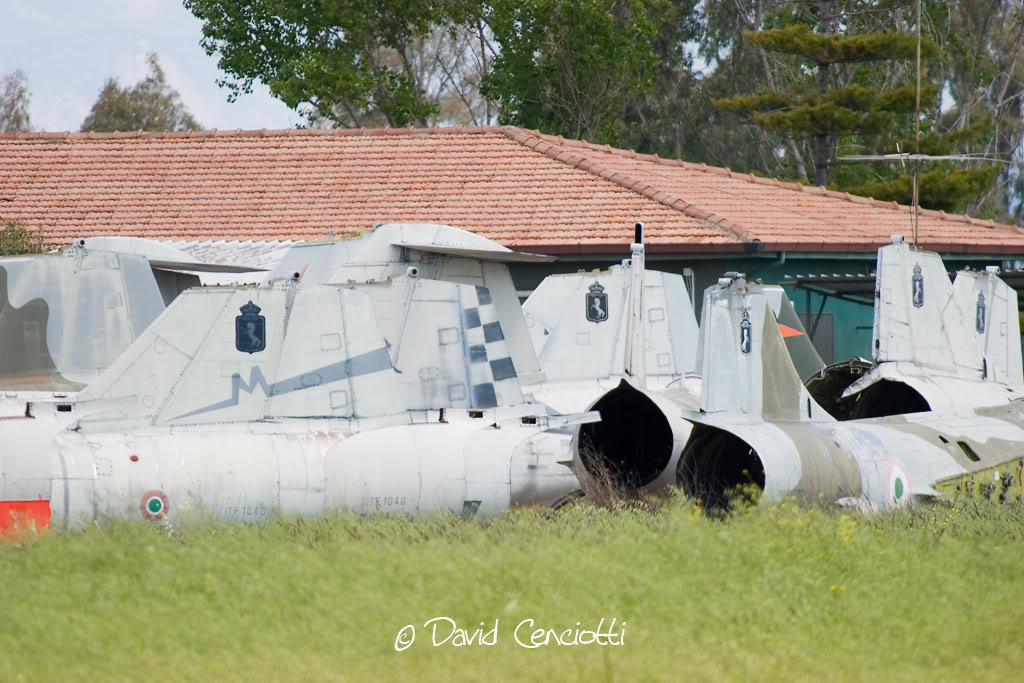 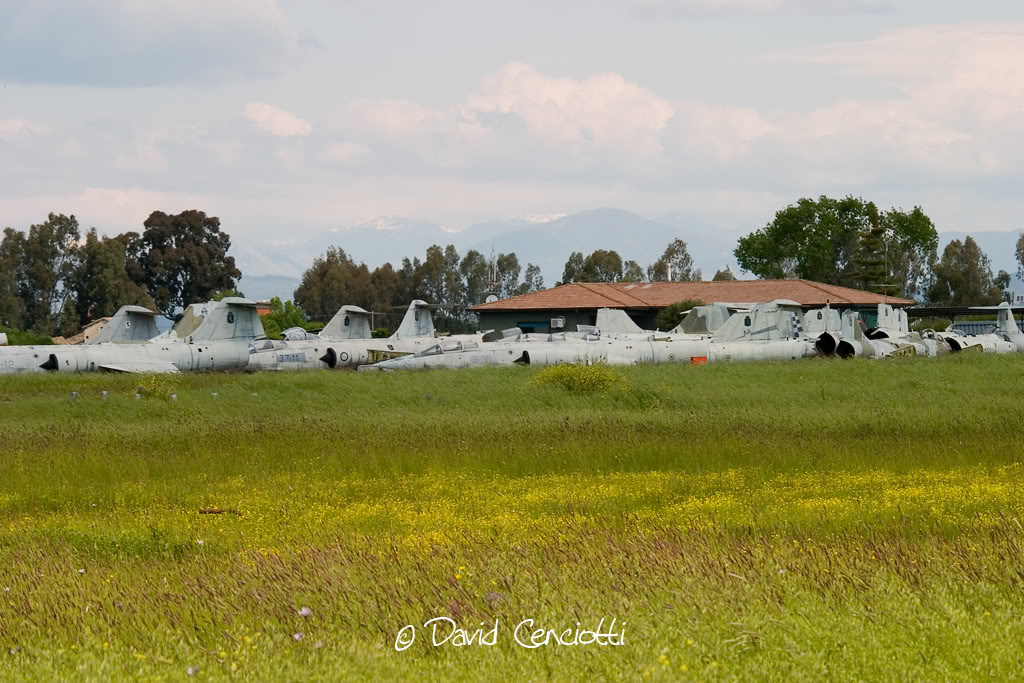 The 10 Italian AMXs that had departed from Istrana on Aug. 1 to attend both the Green and Red Flag in Nellis, returned to their homebase (after a fuel stop in Lajes) on Sep. 8. […]

The Italian Air Force F-35A Lightning II have successfully achieved the IOC (Initial Operational Capability) in the air-to-air role. The first Italian F-35A Lightning II aircraft assigned to the 13° Gruppo (Squadron) of the 32° […]