Here you will find my latest theories dealing with the actual crash location of the Oceanic Airlines 815 whose survivors are the characters of the American serial drama series “Lost”. This page will be updated as soon as the story progresses and new details surface.

Departed from Sydney on Sept. 22 2004 at 14:55, from gate 23, and flying to Los Angeles, where it was expected to arrive at 10:42L, the B-777 of Oceanic 815 experienced a radio failure 6 hours after take-off. The pilot decided to land to Nadi airport in the Fiji island (even if the nearest landing field was the Faleolo International Airport in Samoa), but 2 hours later, the plane, flying off-course by approximately 1000 miles, encountered severe CAT (Clear Air Turbolence) and broke-up.

Read here my theory on the Oceanic 815 crash location based on the information provided during Seasons 1, 2 and 3: https://theaviationist.com/works/oceanic-815-crash-location/

As correctly pointed out by one of the visitors of the site working in the ATC, since Oceanic 815 was a scheduled commercial flight flown in IFR, in case of radio, the pilots should have followed the procedure for NORDO (No Radio): continue the flight according to the FPL to LAX, wait the Estimated Time of Arrival (ETA) on the Initial Approach Fix of the runway in use and land withing 30 minutes from the ETA.
Anyway, the pilot didn’t follow the correct procedure and headed towards the Fiji Island, even if Nadi is it not the nearest landing field from the turning point: Samoa aside, Tahiti was just 1262 miles, Honolulu was 1360 miles away, but the aircraft proceeded inbound Nadi that is 1553 miles from the presumed turning point. Here’s the map centered in the turning point showing the position of the Fiji, Hawaii and French Polinesia: 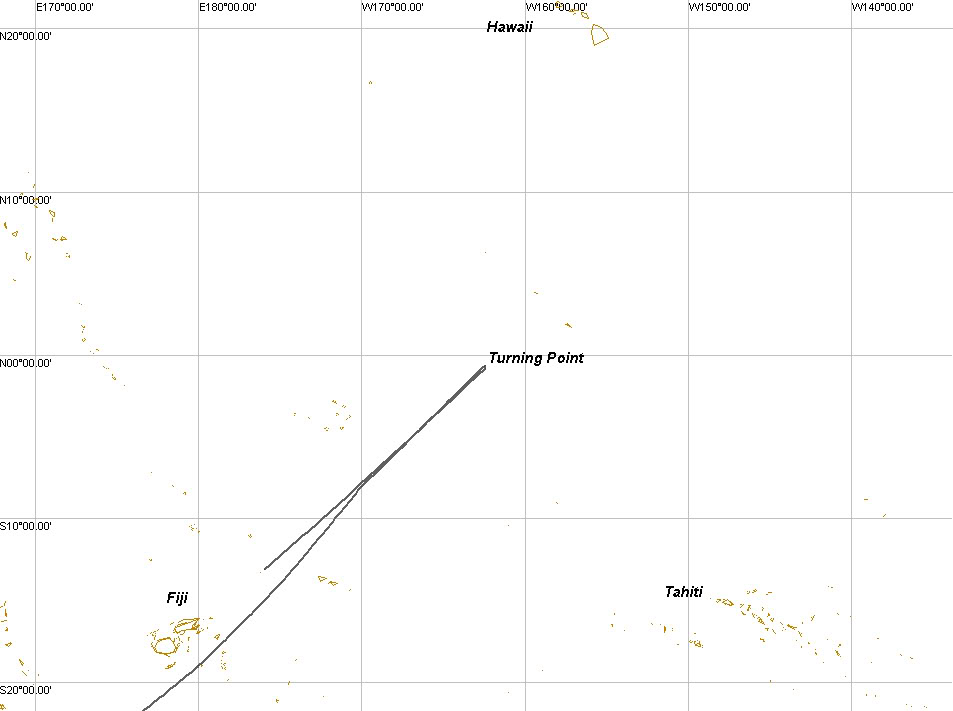 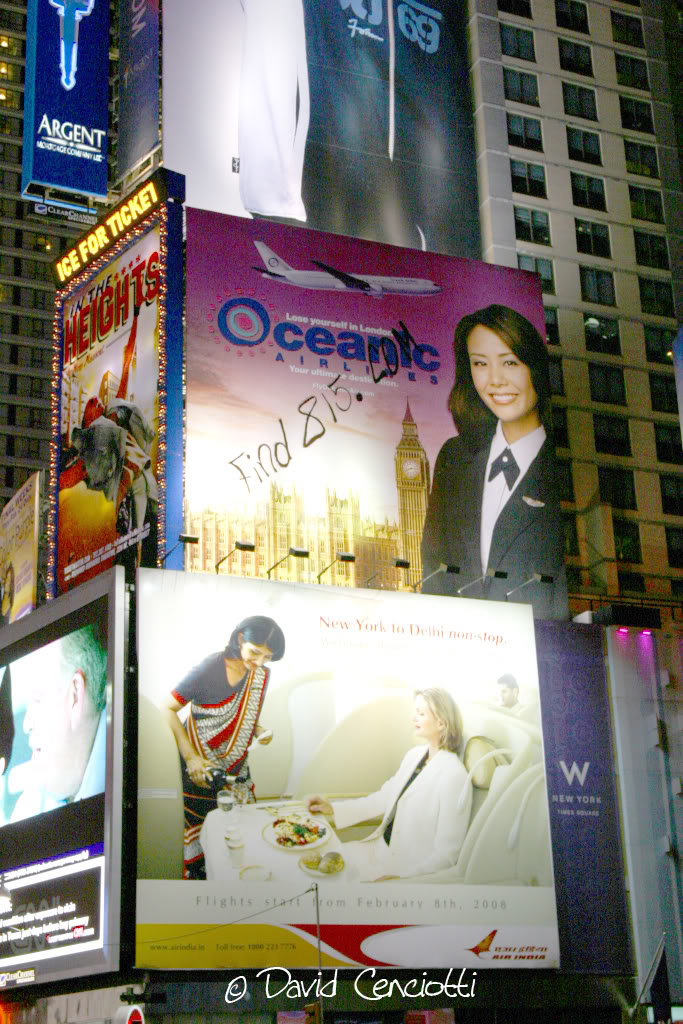 As the story progresses, more information dealing with the Oceanic 815 surface. One of the most weird thing of the Season 4 was that the wreckage of the B.777 was found in the Sunda Trench, located in the NE Indian Ocean near Indonesia. This location can’t be the true crash location of the flight, since the aircraft was flying above the Pacific Ocean and could not reach the Sunda Trench according to my study published here https://theaviationist.com/works/oceanic-815-crash-location/
However, in the 4×07 episode, it is explained that the aircraft found in the Trench (one of the deepest of the World) is actually a fake one, thus confirming that the real Oceanic flight crashed elsewhere.

The Lostpedia page “Flight path of Oceanic 815” http://www.lostpedia.com/wiki/Flight_path_of_Oceanic_815 has been updated with the information provided by my study on actual Oceanic 815 crash location based on real flight plans filed by commercial flights flying from Sydney to Los Angeles.