The first Eurofighter “Typhoon” wearing the markings of the 4th Stormo (Wing) made its first public appearance at Grosseto on December 11th 2003. Still operating with the Alenia flight team at the Turin-Caselle facility, the aircraft serialled MM X614 IPA2, wore the famous “Prancing Horse” badge of the 4th Stormo to celebrate the exciting event organized at Grosseto: the duel that saw the Eurofighter, piloted by the Italian astronaut Maurizio Cheli, racing against the Ferrari F2003-GA piloted by Michael Schumacher. Indeed, the 4th Gruppo is the Wing whose 9th Gruppo (Squadron) and 20th OCU (Operational Conversion Unit) are going to be the first within the Aeronautica Militare Italiana (Italian Air Force, ItAF) to start the conversion from the F-104. Both the 4th Stormo (and also the 9th Stormo) and the Ferrari share the same worldwide known “Prancing Horse” symbol inherited from the Italian World War One ace Francesco Baracca.

The historical race was based on three “rounds”, on the short medium and long distances. The first duel took place over a 600 metres distance, favouring the swift acceleration of the Ferrari that broke the tape first, touching 294 km/h, in 9.4” versus 9.6” of the Eurofighter that, at that time, was already rotating.

Thanks to its short take-off run, the aircraft crossed the finishing post already climbing and consequently the time-study was unable to provide the actual speed reached by the fighter.

The second duel was over the long 1,200 metres distance, in which the Eurofighter, accelerating in the air in a clean configuration, won in 14.2” versus 16.7”.

The F2003-GA reached a ground speed of 308 km/h. The third and most uncertain challenge, on the medium range, was fought out over a 900 metres race. The Eurofighter won again, reaching the finishing line in 13’’ versus 13.2’’ of the Michael Schumacher’ single-seat that, on the wet surface, reached the speed of 305 Km/h.

Results aside, the aim of the day was to demonstrate to the public how Italy is today capable of producing winning technology in both aeronautical and four wheels worlds. Filippo Berselli, Italian Under-Secretary of the Defence, commented: “this is a day for Italian industry and for Italy. The new European fighter jet is an extraordinary machine, created with the intelligence and imagination of Italian industry, who, thanks also to Ferrari, have had a superb showcase in today”.

In the intentions of the ItAF, 5 Gruppi will be equipped with 106 single seats “Typhoon” while an OCU will be established on the type at Grosseto by the second half of 2004 and will operate with 15 twin seats. The first single seats on delivery will be taken on charge by the 9th Gruppo to be employed in the air to air role while the twin seats will be taken by the 20th OCU.

The air force and Alenia Aeronautica are working together to set up this OCU in Grosseto and Many instructors pilots from the 20th have already begun the conversion to the Eurofighter at Caselle at the beginning of the 2003. At the beginning, three out of four pilots attending the first conversion courses, will be 20th Gruppo Instructor Pilots. Unlike the RAF, that has already decided to set up such a unit at BAE Systems’ Warton, facility, the ItAF considered, then rejected, the idea of establishing an initial squadron at Alenia’s Turin-Caselle airfield. 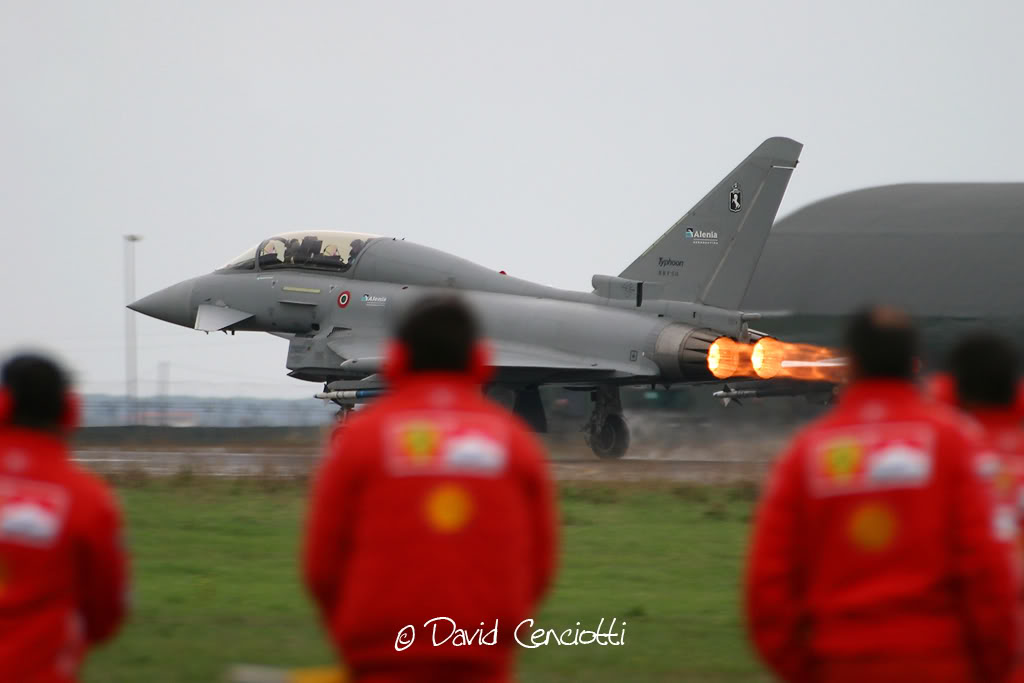 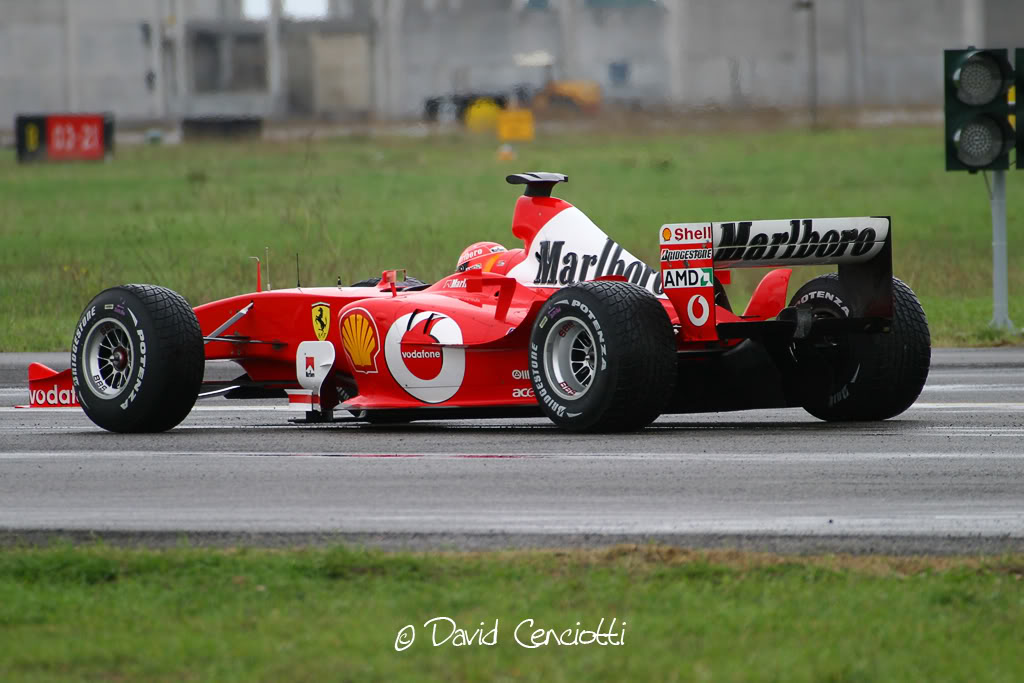 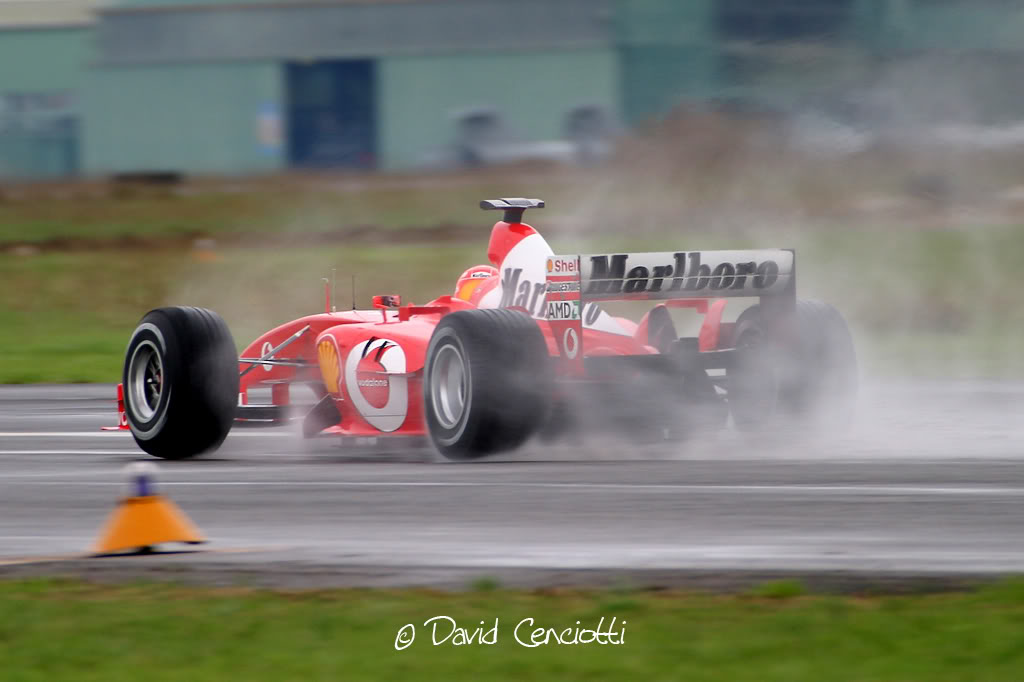