The following is an abstract of an article on the Italian contribution to the INTERFET mission that was published on the April 2000 issue of Air Forces Monthly under the title “Saving East Timor – the Italian assistance”:

Everyday activity on the other side of the globe, begins at 7:30 AM with the departure of the INTEFET shuttle flights to Timor. The G-222, positioned in one of the two parking stands allocated to the ItAF detach., take off with a separation of 15 minutes from the following shuttle flight in a so called “slot time”. Daily activity is performed by a single G-222 per time thus giving the crews and airframes some time to rest; both aircraft fly seldom together and special clearances are to be coordinated for formation flights. Personnel and materials from various nations are carried to 3 airports out of 4 in the Timorese Island. Italy is the only nation to have scheduled flights to 3 airstrips. Flying with hand-held GPS, the India November Tango (callsign of INTERFET aircraft) flights reach the capital town Dili, in the North of Timor. Their internal fuel tanks are filled to the maximum capacity because no refuel is foreseen on the ground at Timor. Seen from the cockpit, E Timor seems only a great mountain, Mt Mundo Perdido (3,000mt) in its middle, surrounded by thick clouds. An eye is always kept on the radar that is very useful to avoid entering IMC in the big Cumuli Nimbus that are sometimes large as an Italian region.Komoro-Dili airstrip, 2 hours flight-time from Australia, has a 1,800mt asphalt runway and it is surrounded by sea. Some helicopters from the World Food Program and United Nations aircraft are based there. The second airstrip reached flying Est-bound for 30 minutes is Baucau, also lying on the northern coast. Baucau is located on a plateau. It is a weird airfield built by Indonesia; completely isolated, with no fences surrounding it, it is not easy to understand why somebody should have projected a so wide base in a desert area. It seems that it could be used as an ideal forward operating base for an invasion of Australia. Today is the headquarters of the Thailand base. When the aircraft approaches the airstrip, armed soldiers move in “key” positions to protect it. In fact, Baucau is one of the “hot spot” in E Timor. Some of the worst fights took place here. The runway is a bit longer than the Komoro airport one, but it is so often “crossed” by buffalo and cows (with consequent delays in take off procedures) that the ItAF PIO Lt Babini, nicknamed it “Baucow”. The third lag of flight makes the G-222 reaching Suai airstrip after a second landing at Dili. Personnel on ATC facilities at both Baucau and capital city are Australian. Suai is the most Eastern airport, 25 minutes of flight from Dili and it is the nearest landing strip to W. Timor and consequently the one holding the highest threatcon level. Its 905mt runway is so short that no other aircraft of the ICAW are allowed to land in the airstrip that is completely surrounded by jungle. Unlike other Timorese airports, where ATC services are provided by Australian controllers, there are no ATC facilities available at Suai and armed helicopters frequently patrol the area. It is the base of the Malaysian and “Kiwi’s” (NZ) contingents. As all landing strip have been reached, “I-N-T” flights fly from Suai directly to Darwin, that is reached in less than two hours, and land there approximately at 3:30-4:00 PM. Flight activities are not performed later in the afternoon by G-222 because of weather conditions, always worsening. Torrential rains and thunderstorms are common features for Darwin autumnal nights. (…)

Below, satellite images of Baucau and Darwin airport. 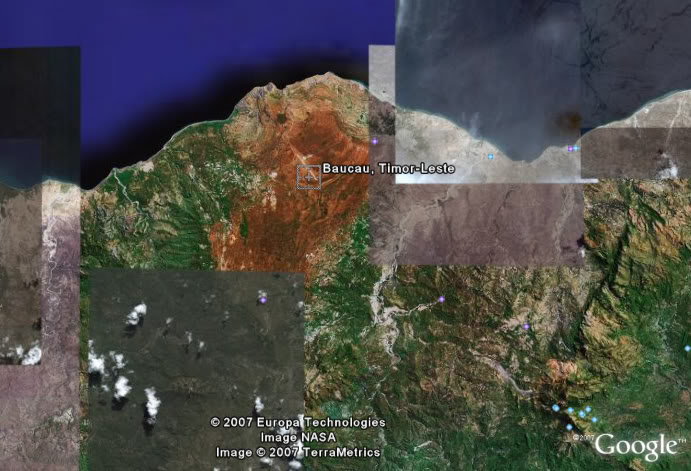 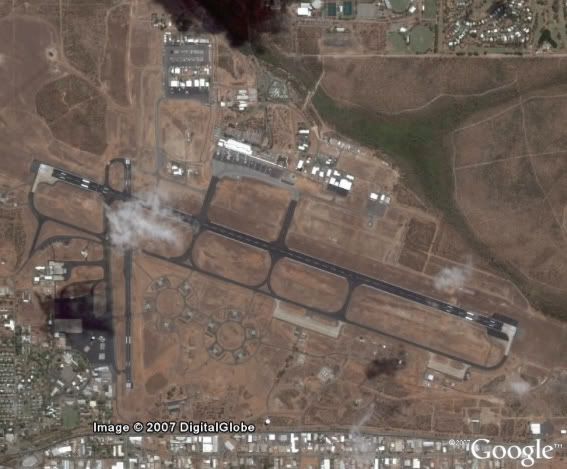 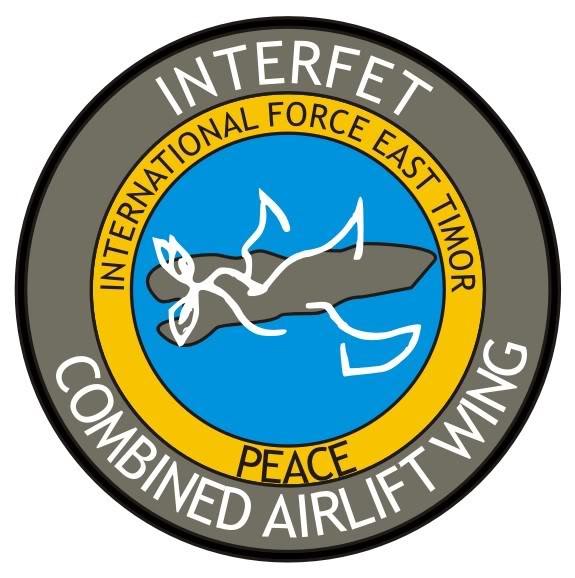 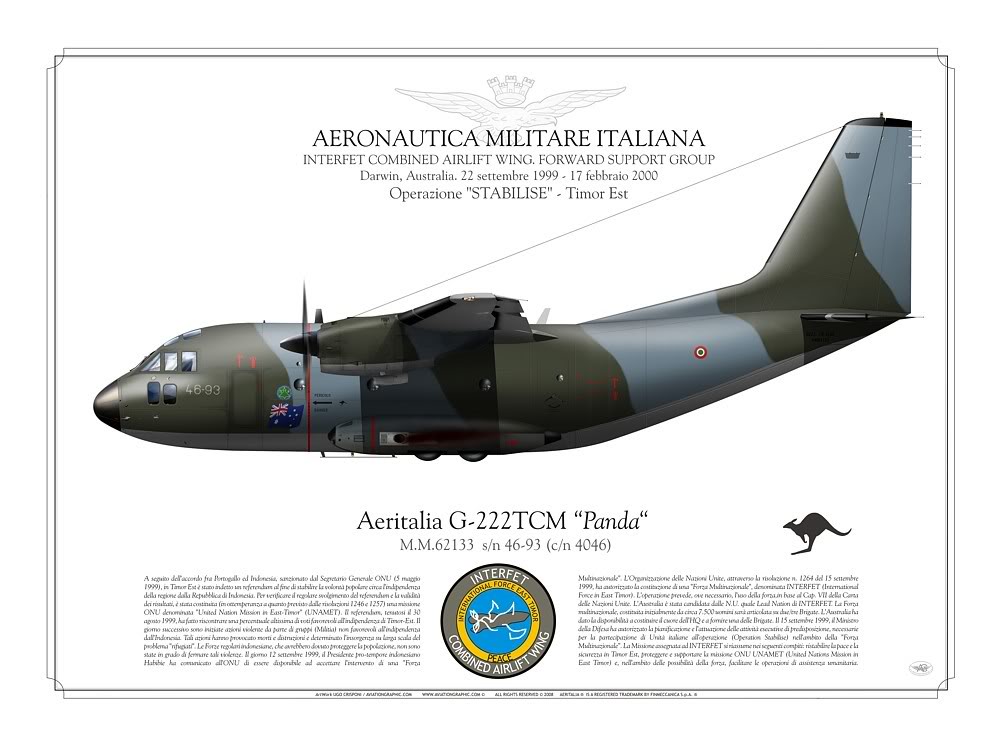