After being off line for several days due to a partial restyling, the Italian Air Force website was on-line with the new layout on Nov. 19, 2009. One of the pictures used to create the new theme was taken by me and depicts the F-104 9-99. I took that picture (that was used also as a digital postcard in the previous version of the Aeronautica Militare website: Italian Air Force digital postcards) shortly after take off from Grazzanise, from an MB-339 of the 609^ Squadriglia Collegamenti. 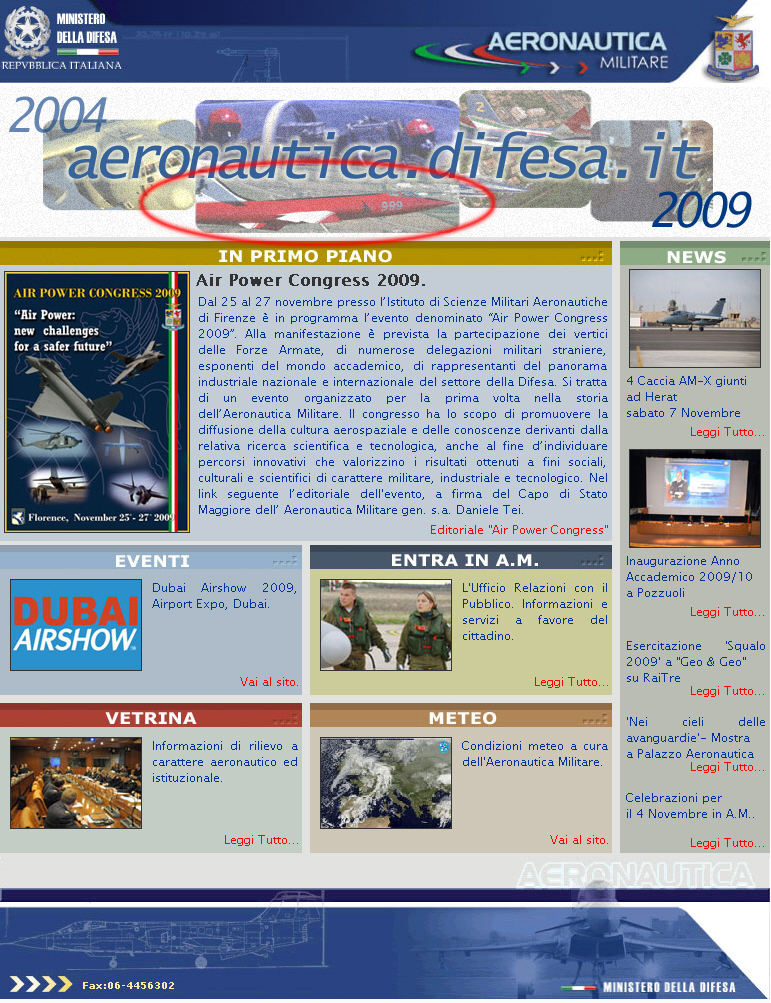