Organized by the local Aeroblub, the event was similar to the famous Red Bull Air Race: competitors

had to navigate with their hand glider through a slalom course performing tight turns around pylons in the fastest time. Here you can find some pictures of the race. Irene Pantaleoni, a pilot belonging to the team promoting and organizing the event, asked me to provide a picture taken during one of the refueling mission I attended to be used as a fuel voucher for the Air Race partecipants. I found an interesting picture taken on Apr. 27, 2004, during a sortie on board a B.707 of the 8° Gruppo (c/s Agip 25) involved in the Ex. “Spring Flag”. She modified the picture and created the following nice coupon: 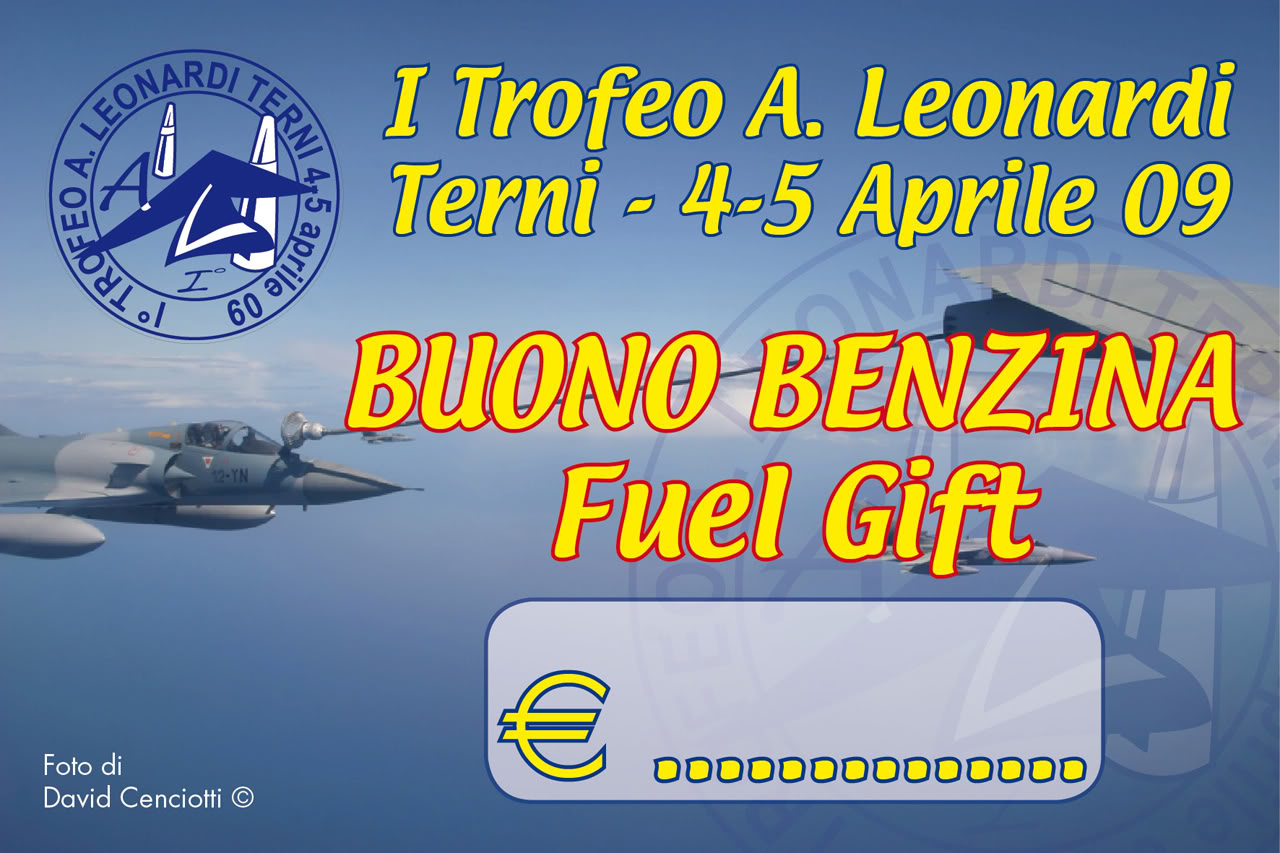