In August 2011, a video clip from Kalam TV brought to light the capture of a mysterious American bird-like drone crashed over southwestern Pakistan (image below). 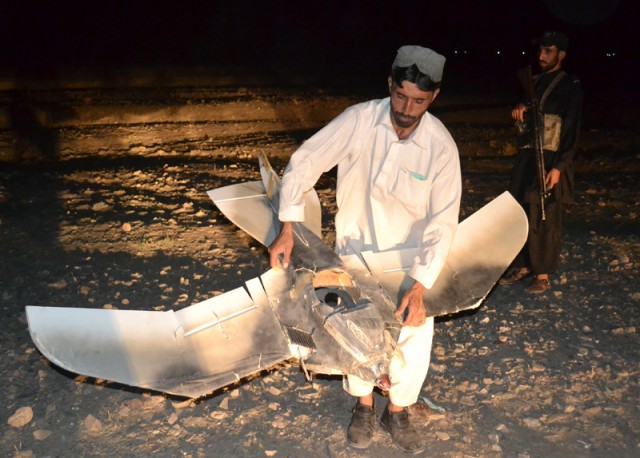 Although initially believed to be a sort of home made job, a more in-depth analysis of the images taken at the crash site, showed that the unusual, never seen before robot, was quite sophisticated: the drone had flapping wings, ailerons and a belly camera to spy on insurgents along the border between Afghanistan and Pakistan.

What nobody knew at that time was that the (American) mystery bird drone was far from being new, as it had already been used in Iraq.

In fact, a reader of this site sent me an email to explain that the same weird UAV downed in Pakistan had been captured by the Iraqi Hezbollah near al-Bashra, in Iraq, on May 23, 2009 (original video source of the following screenshots can be found here).

Unlike the Pakistan example, the one crashed in Iraq and filmed by Hezbollah, seems to be in better conditions, with its underfuselage camera and moving parts, fairly intact.

When the few images of the bird drone spread online someone speculated it could just have been a DIY rc model made by soldiers with their equipment or a low-cost UAV assembled by China or India to satisfy their insatiable need to spy.

The fact that it was probably already flying in Iraq two years before crashing in Pakistan, proves that the bird-like UAV is not a toy but a small combat proven spy drone.

U.S. is about to deploy F-22 Raptor stealth jets to Europe in a show of force against Russia

F-22 Raptors to be deployed to Europe “very soon.” The Air Force is about to deploy the F-22 Raptor 5th generation multi-role stealth fighter to the European theater, as a potential deterrent to Russian aggression, […]

Mystery drone emerges from the sea in the Gulf of Oman. American, Israeli or …. Iranian?

The following image shows a drone reportedly recovered by the Army of the Guardians of the Islamic Revolution from the sea in the Gulf of Oman, near the port of Jask, Iran. The mysterious UAV […]