Recently I had the opportunity to visit Damascus, in Syria, one of the most wonderful and interesting towns of the Middle East. Damascus is an ancient town (for some historical sources, it is the oldest of the World), absolutely safe for a foreign visitor (in spite of the supposed support to the international terrorists and the consequent US embargo), full welcoming people, sights, museums and places that are worth a visit. Among them, at least for aviation and military enthusiasts, the Tishereen War Panorama. Built to celebrate the Yom Kippur War that took place in the October 1973 (“Tishreen” means “October” in Arabic), during which Syria fought along Egypt against Israel to conquer the Sinai peninsula and the Golan Heights lost in the Six Days War in 1967, the Museum is located some 2 chilometers to the North East of the Old City of Damascus, along one of the most crowded local highways. Even if some tourist guides report that the Museum is open from 09.00 to 21.00, the “Panorama” (as it is widely known in Damascus) doesn’t open before 10.00 in the morning (actually, opening time should be from 10.00 to 12.00 and from 16.00 to 18.00 but I suggest to double check before planning a visit when arriving in Syria). What must be taken into account is that, opening hours aside, it could be not so easy to find a means of transportation to the Museum and a taxi driver willing to bring some tourist there and to leave them on the right side of the street. 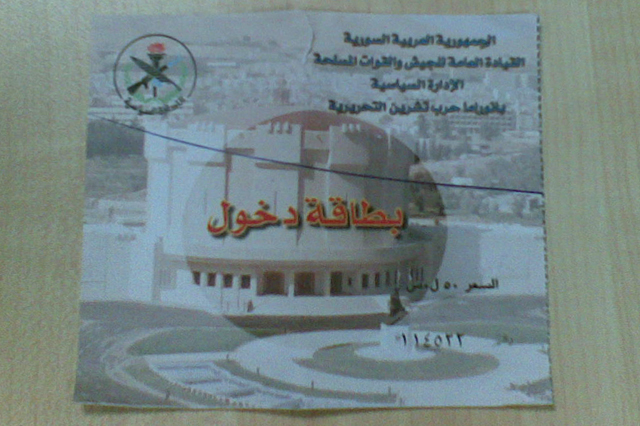 Tickets for tourists cost 10 USD and they provide access to the memorial. In fact, the Museum is made of a large cylindric-shaped building (that looks like a medieval “citadel”) surrounded by flowerbeds and by two areas, on the opposite sides of the main building where the most interesting part of the collection is displayed. The main building contains images, paintings and a room with a turning seating area that turns slowly to let you observe the entire panorama (hence the name of the museum) of the battle of Quneitra, the city in the Golan Heights conquered by the Israelis in “Six days war” that the Syrians were taking back. On the its right side (watching the “citadel”), Syrian equipment (aircraft, tanks, cannons) is exposed; on the left there’s an area dedicated to the Israeli “hardware” captured during the 1973 war and in 1982 war in Lebanon. In the middle, there’s a big statue of the former president Hafez al-Assad with a raised arm in the act of ordering an attack. Among the Syrian equipment the most interesting examples are the Mig-21 and the Mi-8 of the Quwwat al-Jawwiya al Arabiya as-Souriya (Syrian Arab Air Force). The fighter has no markings but the serial number “676” (in Arabic) on the left side of the tail and carries two AA-2 Atoll missiles and two UB16 pods for 16 57mm rockets. The Mi-8, coded “78” carries 4 UB16 pods. Unfortunately, both seem to have been repainted in the last years and wear colour schemes and roundels that are quite different from the original ones. Both aircraft are exposed next to the spacecraft used in 1967 by the only Syrian cosmonaut and are surrounded by all kinds of weapons systems: SA-3 and SA-6 SAMs (Surface to Air Missiles), lightly armored, radar guided anti-aircraft weapon system ZSU-23-4 “Shilka”, T-54, T-55 and T-62 tanks, BMP-1 amphibious tracked infantry fighting vehicle and various kinds of cannons and trucks. The Israeli side hosts the remains of a F-4 Phantom downed in Lebanon (unfortunately, there’s no way to identify it since no serial is readable), a SUU-30B/B dispencer, an underwing tank used by both F-4s and F-15s (since it is in almost perfect conditions it was possibly jettisoned by an F-4 during a low level attack) and the wreckage of a unknown aircraft (most probably a Mystére IV or a Vautour II). Noteworthy there are many tanks and trucks that were captured in Lebanon. Among them, an M-48 , a Centurion, an AMX VCI, and an M.113 Armoured Personnel Carrier. 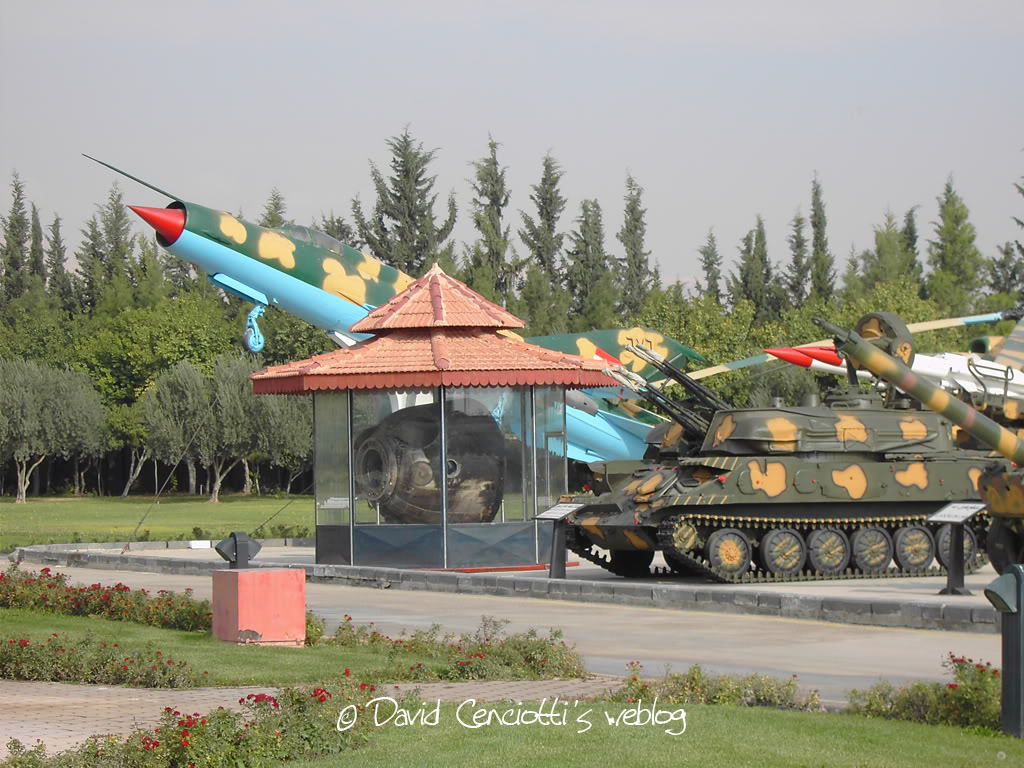 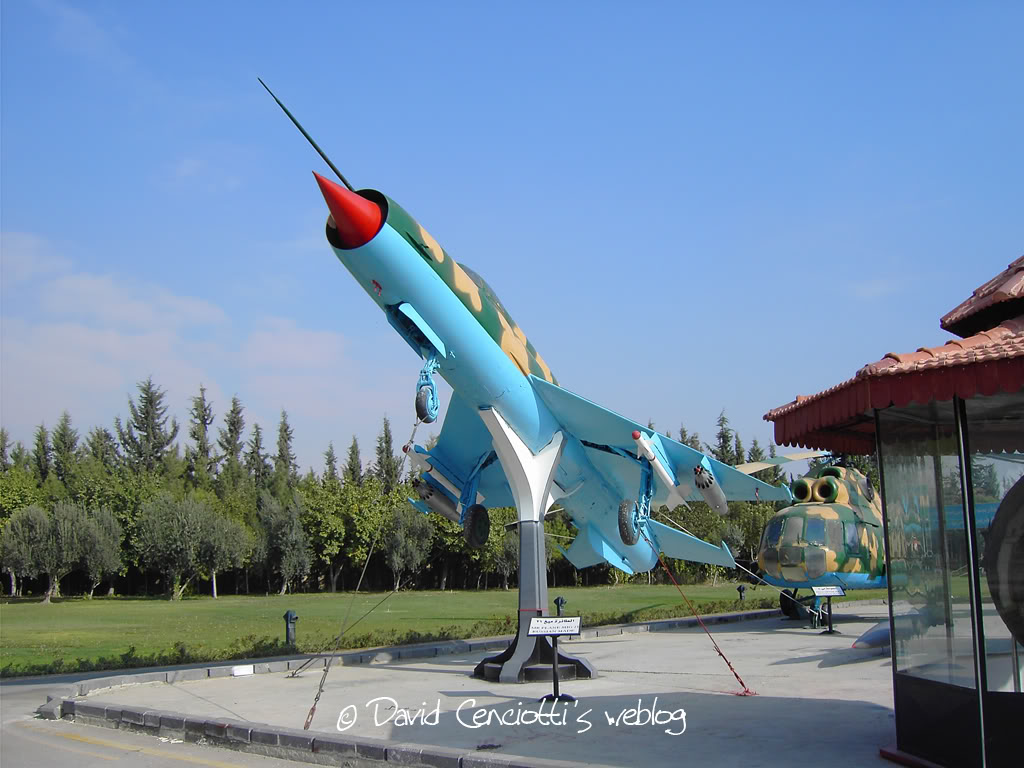 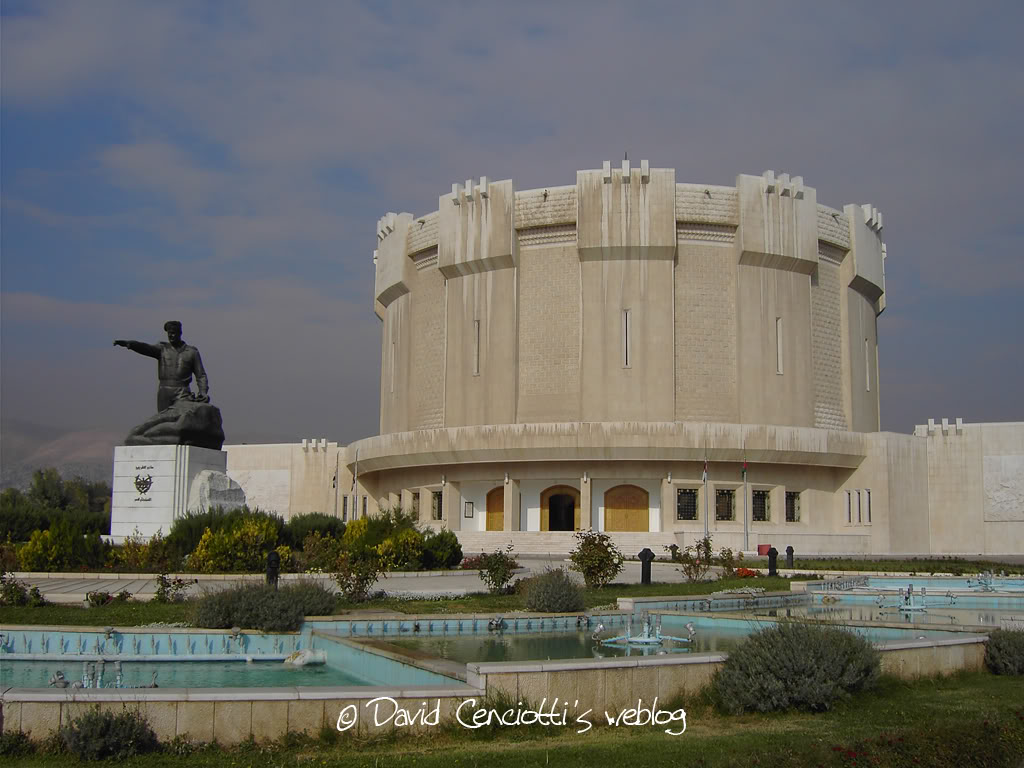 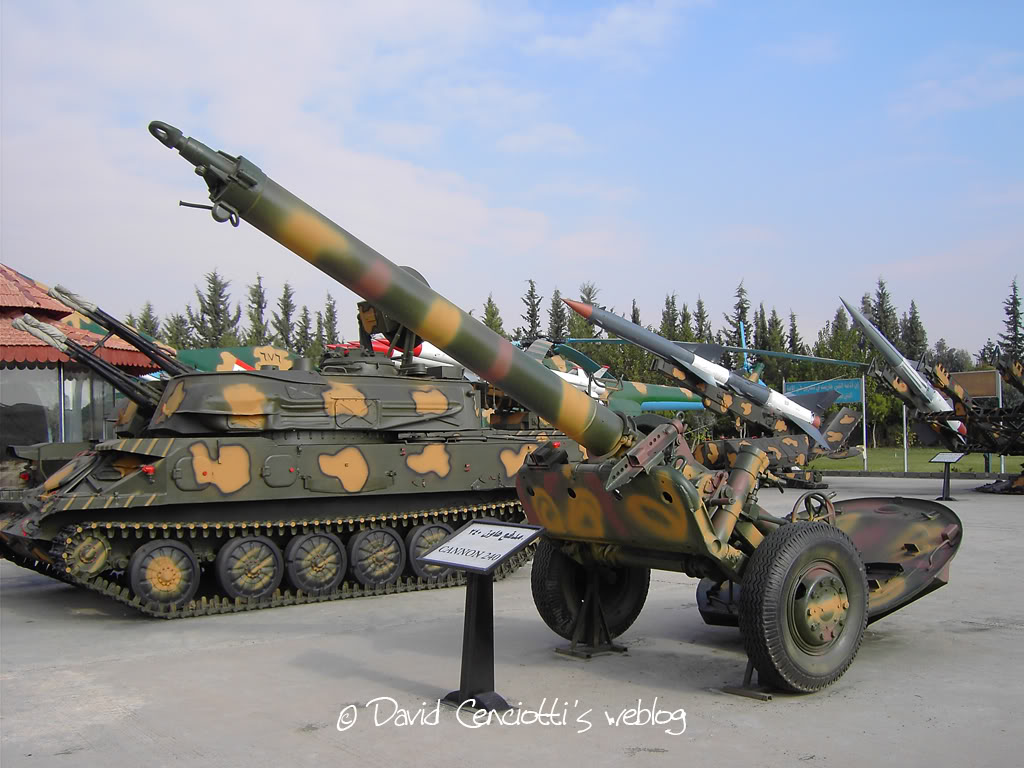 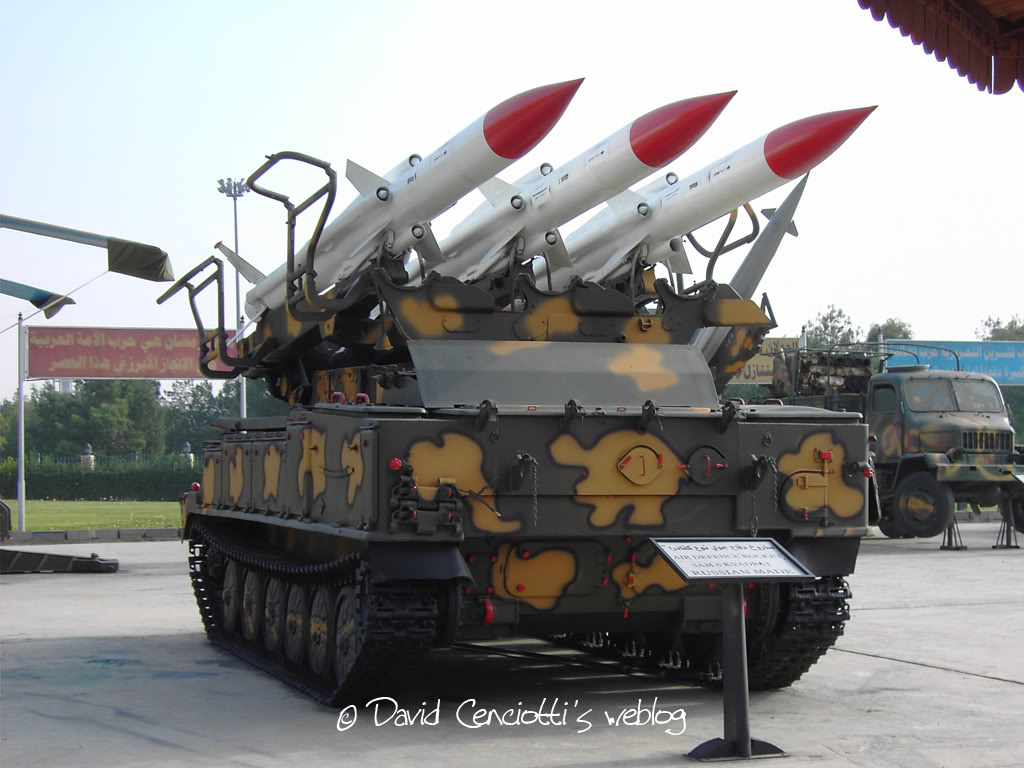 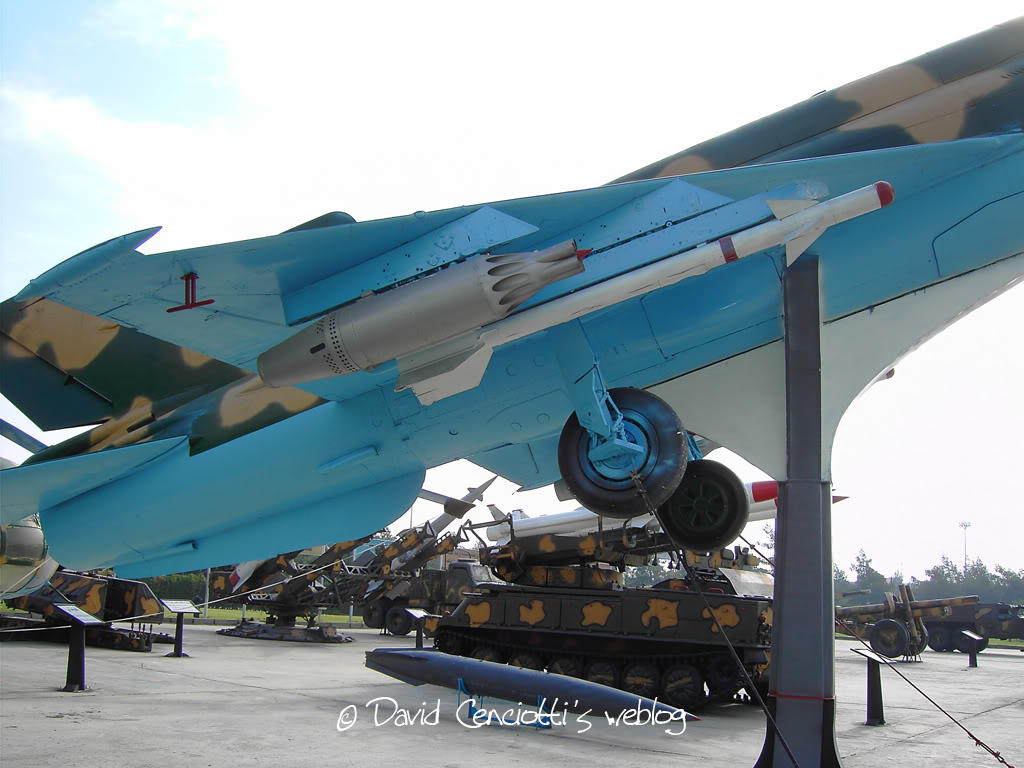 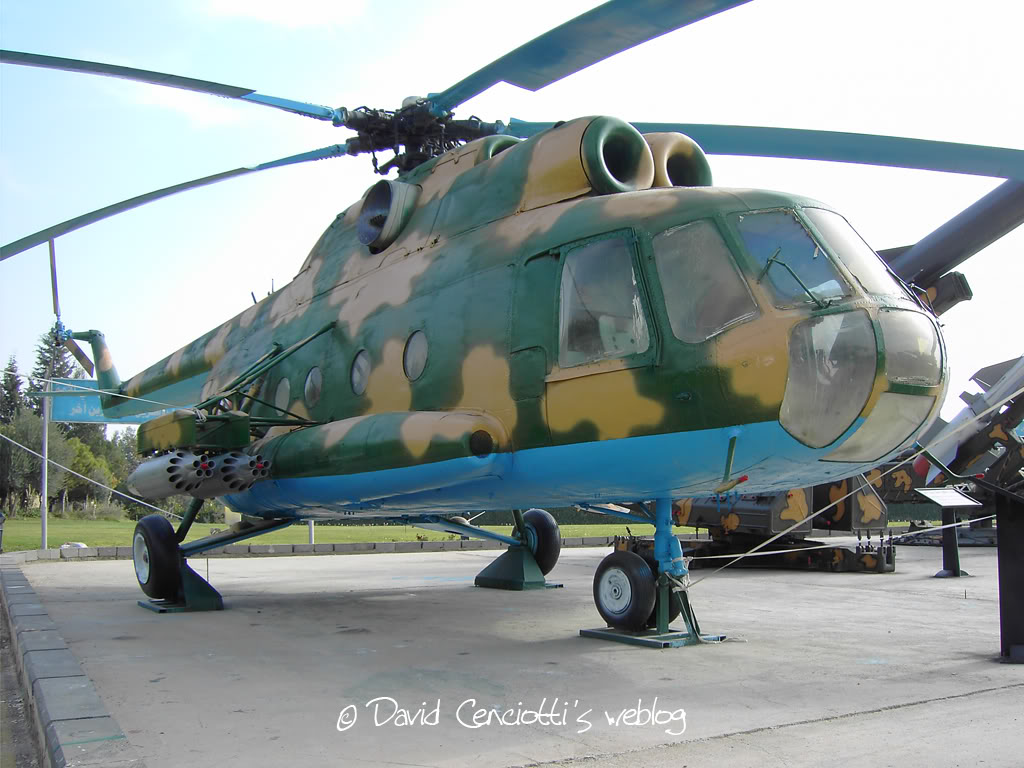 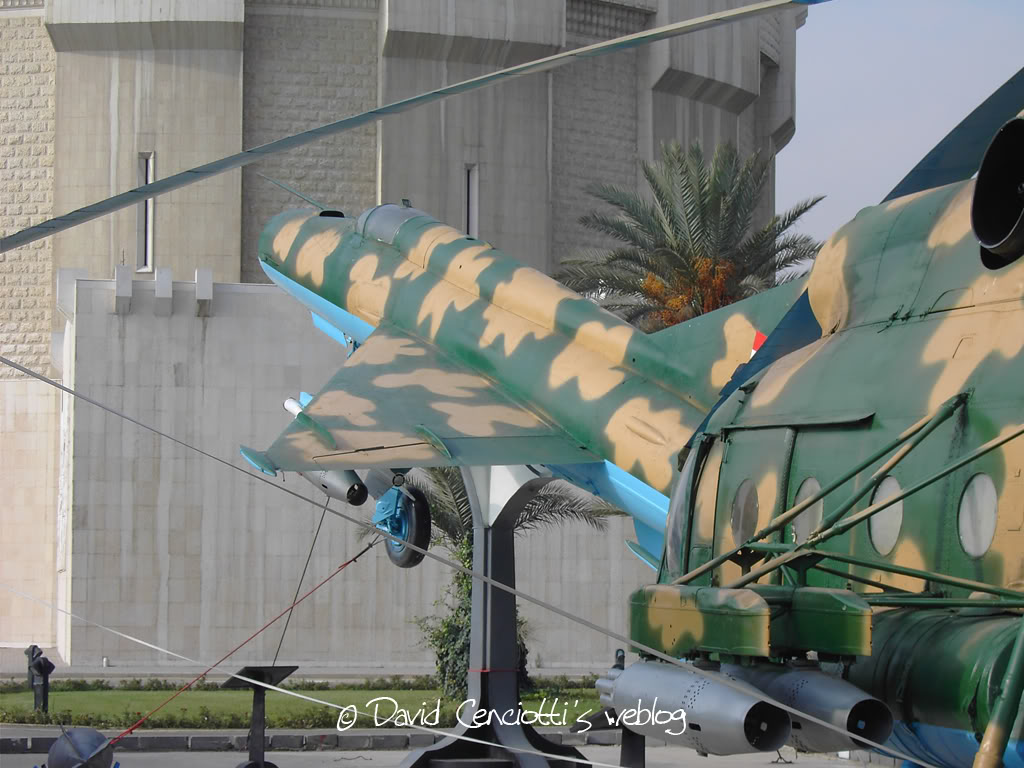 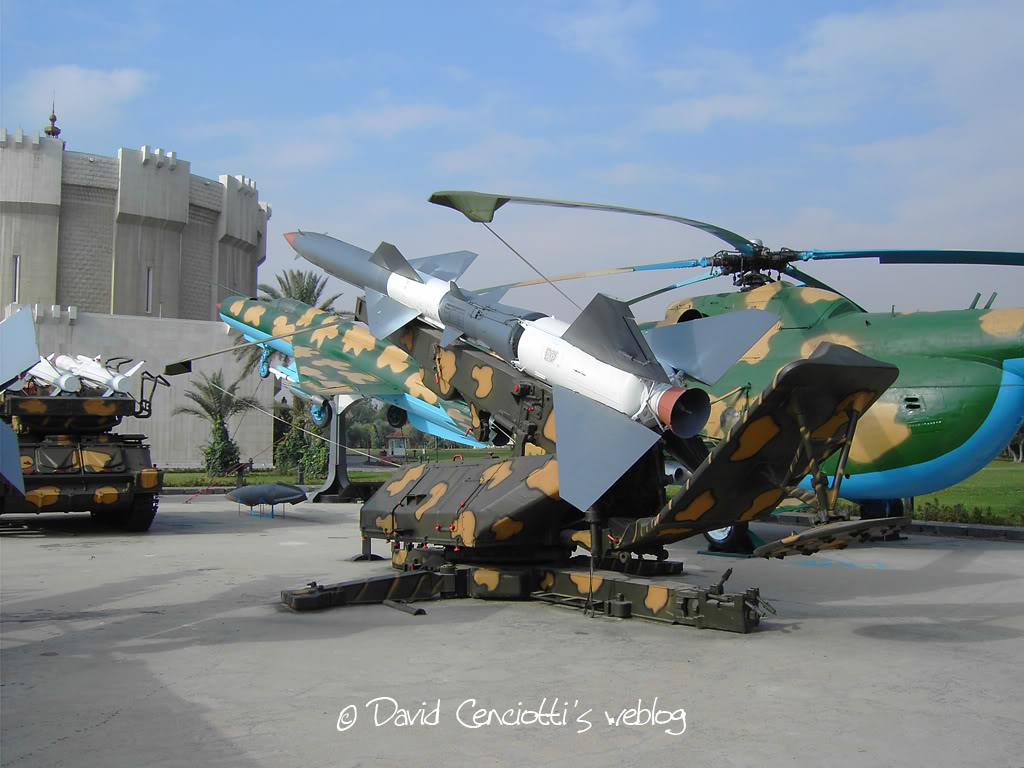 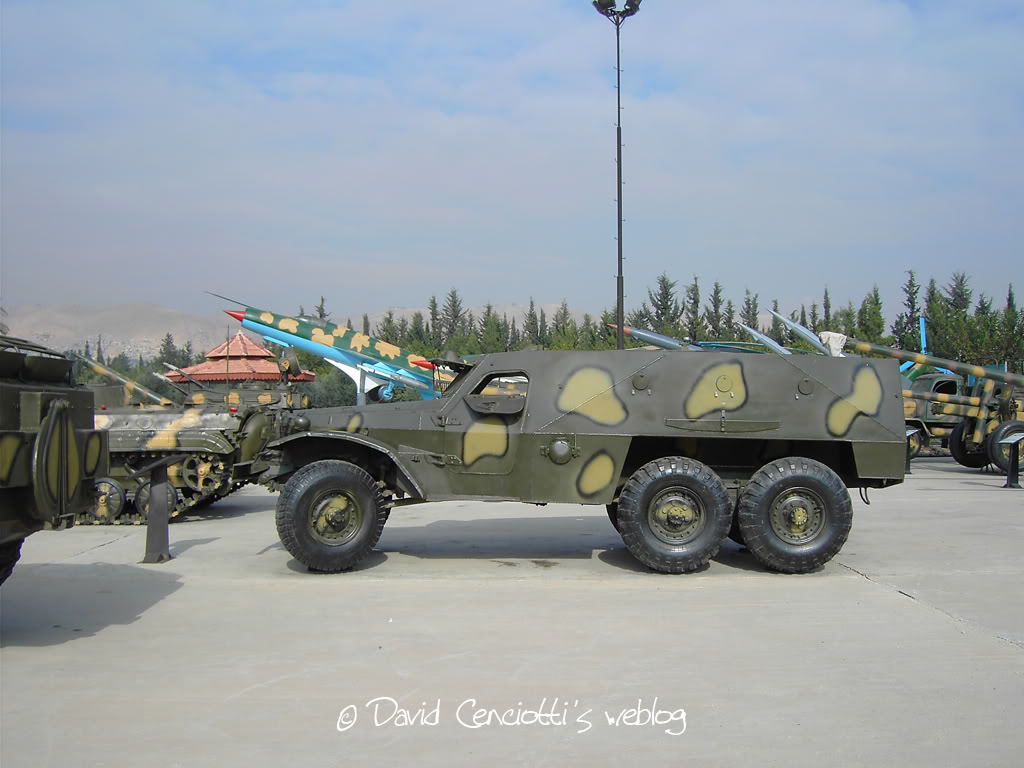 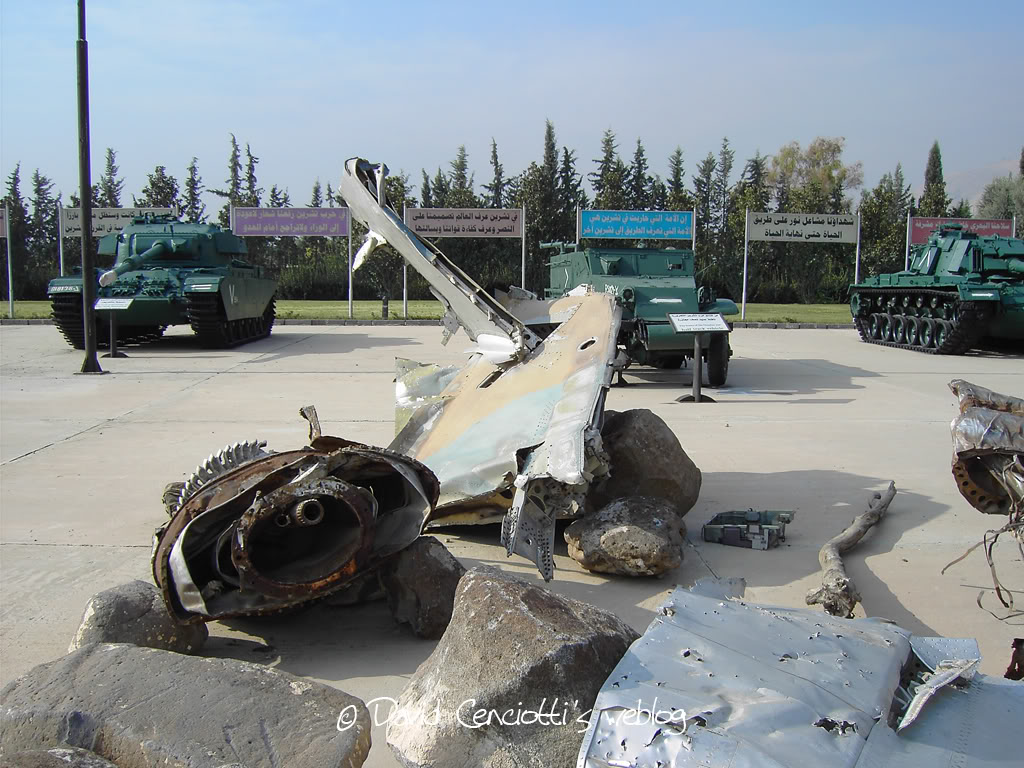 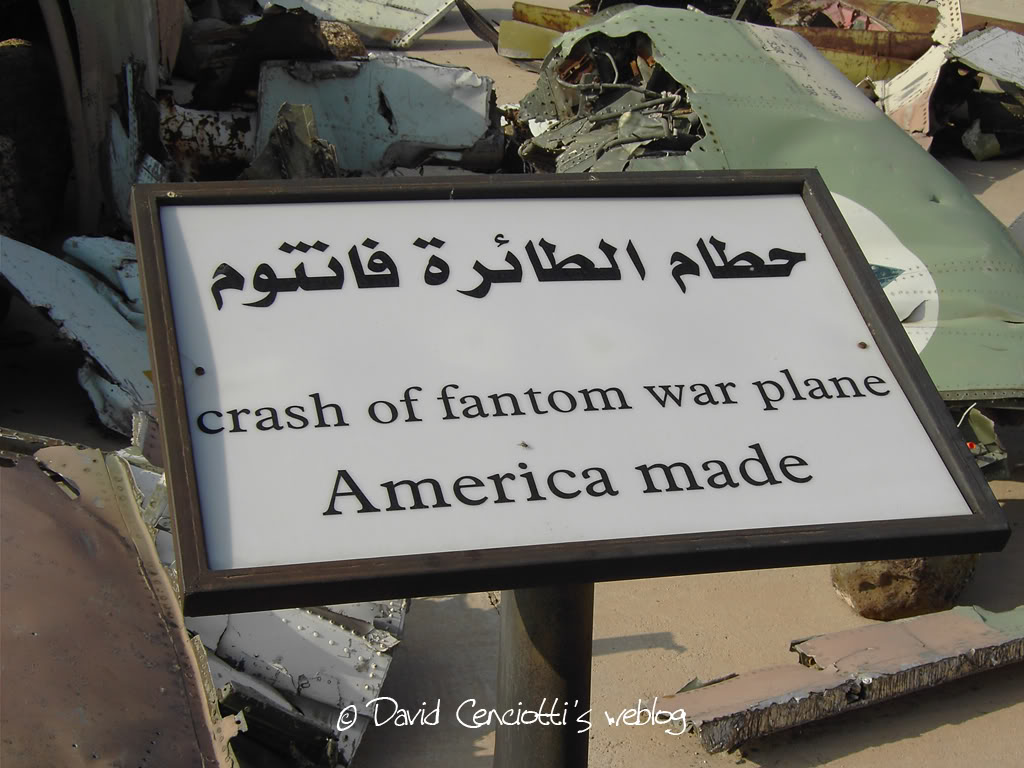 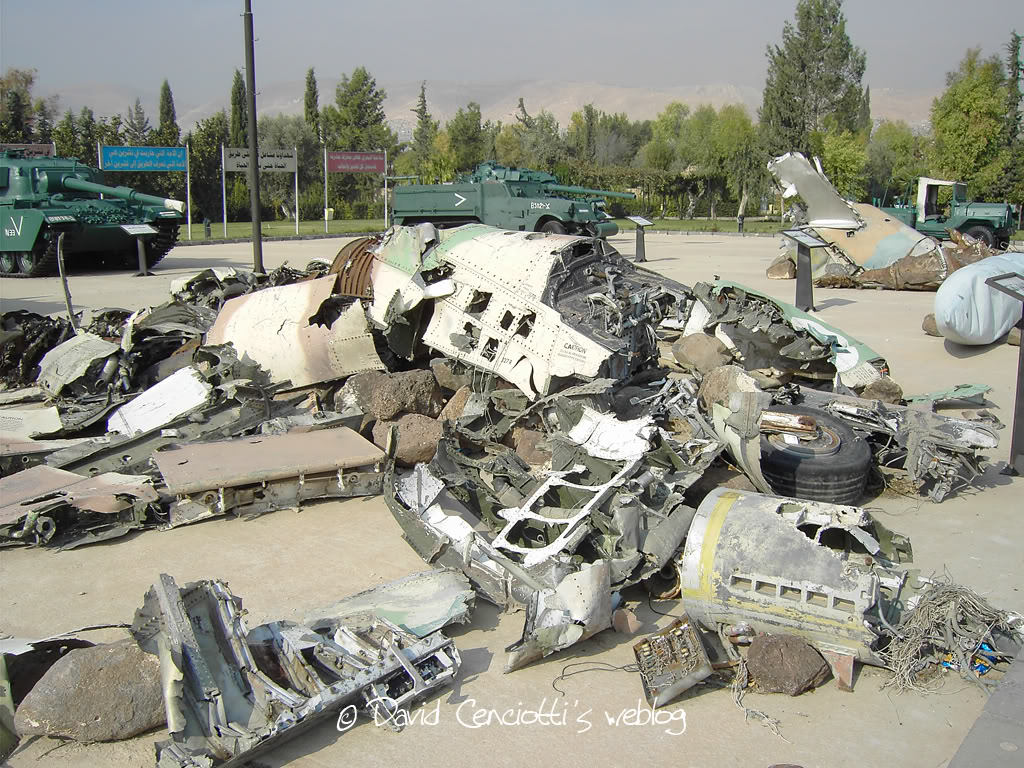 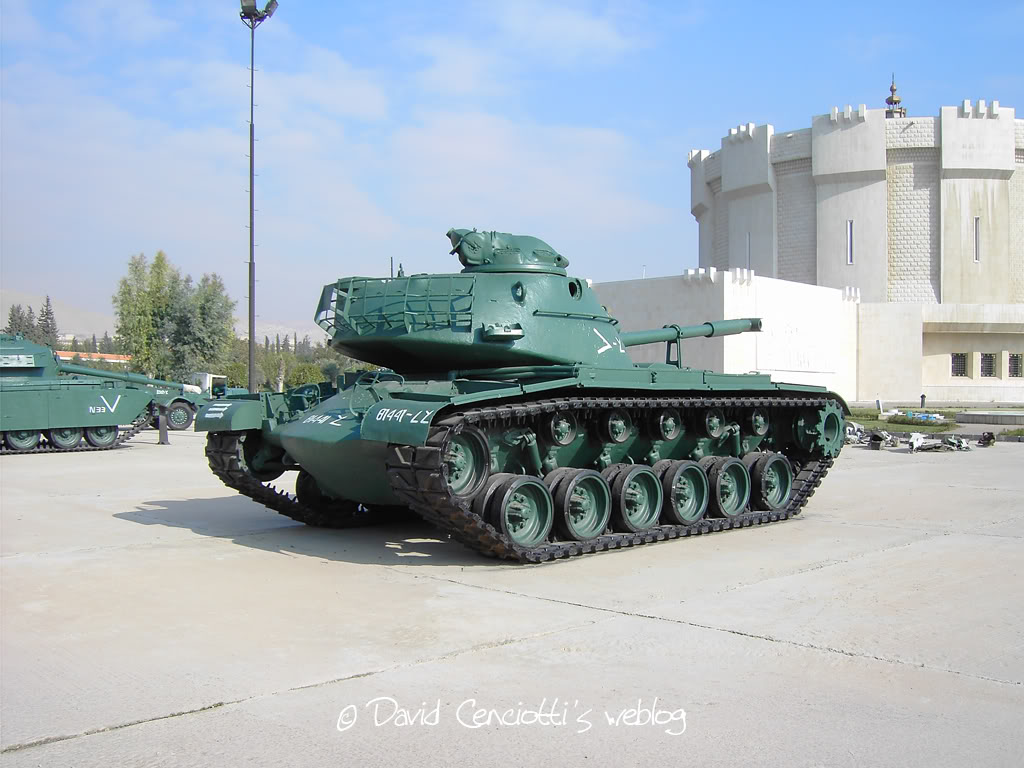 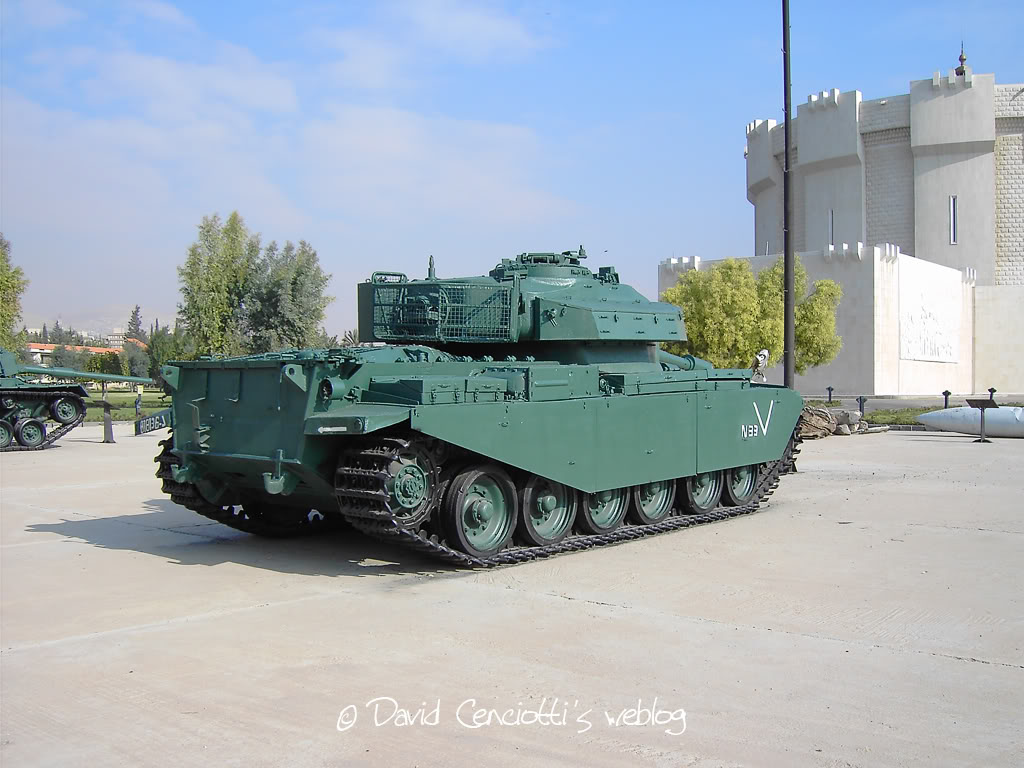 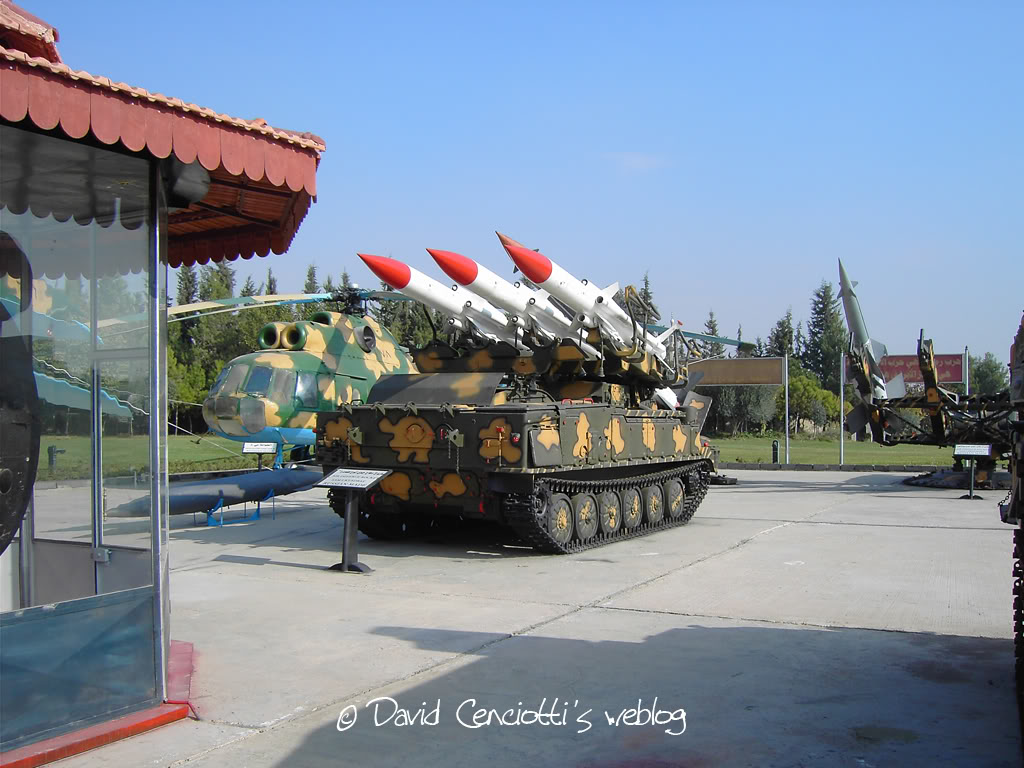 The Israeli Defence Force website reported that the Israeli Air Force (IAF) has performed a series of exercises designed to simulate aerial attacks on Israeli territory. Although the news was released on Sept. 11, the […]

Once again brought to my attention by the ACIG.org forum, this video shows a Syrian Arab Air Force L-39 crashing into the ground at the end of a right hand turn at low altitude on […]