F-16s, KC-135Rs, A400Ms: known and unknown details about the night of the Turkey military coup.

Here below is the account of what happened on Jul. 15, when a military takeover was attempted in Turkey. It is based on the information gathered by Turkish defense journalist Arda Mevlutoglu, by analysis of the Mode-S logs and reports that have been published by several media outlets in the aftermath of the coup.

Shortly after 22.00 local time on July 15th, air traffic control (ATC) operator in Akinci 4th Main Jet Base (MJB), an airbase located to the northwest of Ankara, contacted his counterpart at Esenboga Airport ATC. Akinci airbase is the homebase of 141, 142 and 143 Filo (Squadrons) of the Turkish Air Force (TuAF) equipped with F-16Cs.

4MJB operator informed that two local-based F-16s were going to take off, fly at 21-22,000 feet and coordination with Esenboga ATC could not be possible.

After take off, Aslan 1 contacted Esenboga and requested permission to climb to the designated altitude, which was granted. When asked about the intention, the pilot replied “special mission, going to fly over Ankara city.”

Shortly after this communication, telephone calls from the city began reaching Esenboga, telling jets flying at very high-speed at low altitude. The time is around 22.20 – 22.25, as videos of F-16s flying over Ankara at rooftop level were filmed.

Puzzled by the reports, Esenboga ATC called 4MJB ATC for an explanation. The reply was: “They took off with IFF transponders switched off.” 4MJB also informed Esenboga that a new pair of F-16s with callsign “Sahin” (“Hawk”) also took off at very low altitude.

Shortly after that, Esenboga ATC detected a KC-135R callsign “Asena 02” from Incirlik 10th Main Tanker Base (MTB). The presence of this KC-135R, from 101 Filo (whose radio callsign is “Asena”), is confirmed by Mode-S logs collected by a feeder in Ankara.

At this point Esenboga ATC had no contact with the mentioned F-16s and KC-135R. The Turkish Vipers began air-to-air refuelling from “Asena 02” periodically. Noteworthy, as many as 4 KC-135R reportedly flew from Incirlik (Asena 01 to 04 – the first appearing on the Mode-S logs).

It was reported that coup supporting aircraft and helicopters opened fire at:

It was reported also that F-16s from both sides entered dogfight over Ankara and Istanbul, however no aircraft has been shot down according to the reports obtained thus far. Interestingly, one of the coup plotters aboard a “rebel” F-16 was the pilot who shot down the Russian Su-24 Fencer that had violated the Turkish airspace back in November 2015.

F-16s from Dalaman, Erzurum and Balikesir took off to intercept coup F-16s that according to the reports were as many as 6. 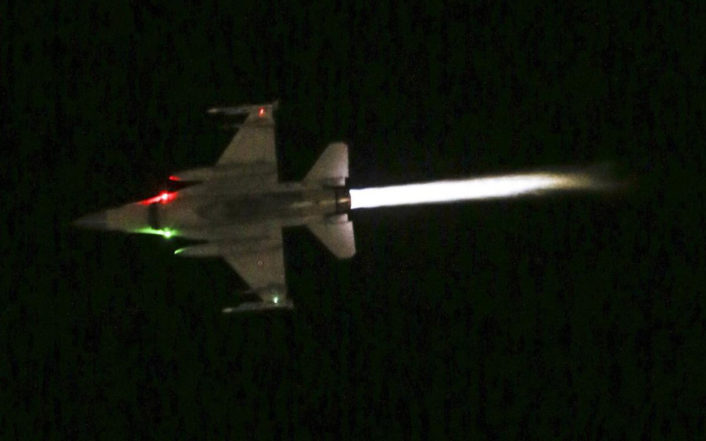 Merzifon 5MJB, which is one of the closest MJB’s to Ankara was at renovation and closed. All its fighters were temporarily based in Erzurum.

Meanwhile, “Asena 02” left Ankara and climbed to max operational altitude, circling over Kastamonu. Asena 03 took over its role of supporting coup F-16s. A couple of arriving F-16s were directed to Asena 02 to shoot it down, but did not do so probably due to the fact that it was flying over residential areas.

At least one AH-1 Cobra, probably an AH-1W type opened fire with its 20mm gun to protesting crowd and TBMM. This helicopter or another one repotedly opened fire at TurkSAT (State satellite operator) headquarters at Golbasi. This helicopter was reportedly shot down by a loyalist F-16.

A S-70A opened fire at the front gates of MIT campus. Reportedly tried to insert commandos to take over the facility and kidnap Hakan Fidan, head of the service. This helicopter is reportedly shot down (not confirmed).

One or two Air Force AS532 CSAR helicopters raided a wedding ceremony of a high rank general in Istanbul which was attended by many generals. CSAR commandos kidnapped them.

8 cargo aircraft (C-160 and A400M included – one using callsign “Esem 26” was in the air when the takeover unfolded) took off from Kayseri and landed at Malatya 7MJB. They were full of weapons to be used by coup.

Coup F-16s searched for President Recep Tayyip Erdogan’s plane, TC-ATA around Istanbul to shoot it down. According to some media reports rebel TuAF F-16s had the plane in their sights: it’s unclear whether they had a real lock-on, rather that they probably were searching the sky for the Gulfstream IV.

Furthermore, TC-ATA used a callsign THY 8456 to disguise as a Turkish Airlines airplane (Turkish’s callsign is THY) and the risk of shooting down another plane, and losing credibility too, could be a factor affecting the coup’s F-16s to shot down his plane and kill Erdogan.

TC-ATA was flying from Dalaman to Istanbul Ataturk, which was raided by coup supporters. ATC was taken over, all lights off. Shortly before TC-ATA’s landing, it was taken from rebels.

Details of Erdogan’s flight can be found here.

Early morning of 16 July, fighters (probably F-4E 2020) from Eskisehir 2MJB bombed the main runway of 4MJB whilst at least one Turkish Air Force F-16C Block 50 was circling to the west of Ankara most probably in Combat Air Patrol. In the afternoon on the same day an E-7 AEW of 131 Filo and an F-16 of 142 Filo were flying in Ankara area, likely ready to intercept any helicopter or small plane trying to flee towards Greece.

Update: please note that unlike what has been mistakenly reported by some media outlets, no U.S. KC-135 took part in the operation according to the information we have collected. All the tankers whose presence has been confirmed are Turkish Air Force tankers from 101 Filo, as explained in the article.

H/T to Arda Mevlutoglu for widely contributing to this post. Additional info from @CivMilAir and @Avischarf 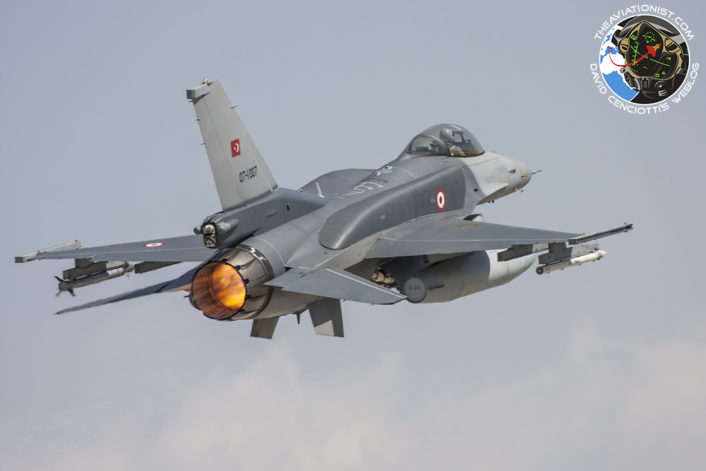 Rocco Zaccardi, an F-104 enthusiast living in NY, wrote me a few months ago to tell me that he had written a screenplay where the F-104 plays a ‘leading’ role in the story. As he […]