What a cool Special Colored F-15!

To celebrate the 75th Anniversary of the Oregon Air National Guard, the 173rd Fighter Wing, based at Kingsley Field in Klamath Falls, Oregon, has given an F-15 Eagle a special color scheme.

The images in this post, show the brand new “special color” as it towed out of the hangar where the Wing’s maintenance crews prepared this amazing piece of art! 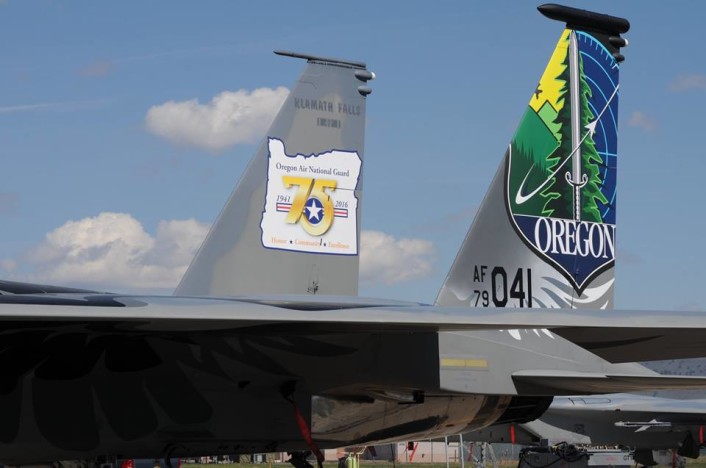 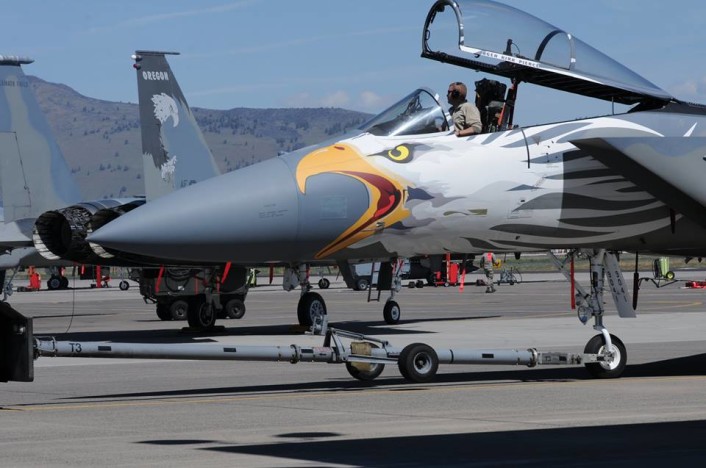 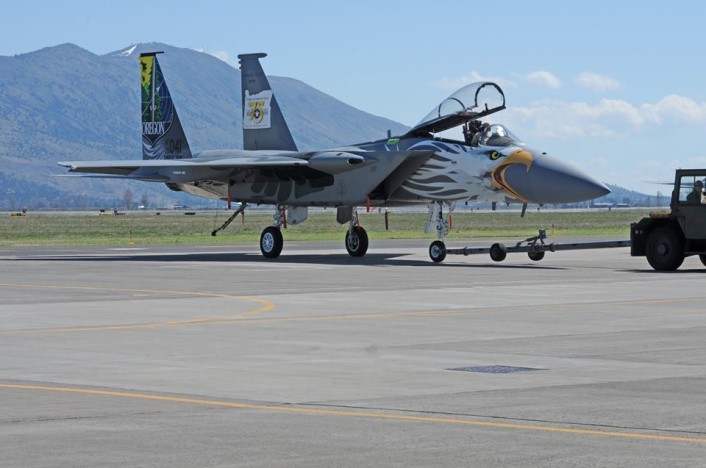 No, it wasn’t an F-35. So, What Did Crash Near Nellis? Here Are Some Theories.

The Story Of The MiG-31 “Firefox”: All You Need To Know About The Most Awesome (Fictional) Advanced High-Speed Interceptor Ever

If you thought you knew everything about the MiG-31, you were wrong! Based upon a 1977 novel of the same name by Craig Thomas, “Firefox” is a techno-thriller action film produced, directed by and starring […]

U.S. Air Force B-1B Lancers from Ellsworth AFB landed at Andersen AFB in Guam amid growing tensions in the Indo-Pacific region. Four B-1B Lancer bombers (aka “BONEs” from B-Ones) have deployed to Guam, the U.S. […]