Developed in the late 1960s to protect US Navy Carrier Battle Groups (CVBG) from the raids conducted by the Soviet bombers armed with long-range cruise missiles, the F-14 was the best fleet defender thanks to its weapons system, the AWG-9 radar.

This radar featured a large antenna, giving to the radar the possibility to scan huge part of airspace and the ability to track up twenty four targets. Furthermore, the AWG-9 could support six AIM-54 missiles attacking six different targets simultaneously at unmatched distance of one-hundred mile range and each Phoenix included a small onboard radar to guide itself during the last part of the run against the target.

No contemporary aircraft, friend or foe, can match Tomcat since all these features gave to the F-14 unprecedented and unparalleled mission capabilities.

But to have an edge above its adversaries by using this complex weapon system, the pilot was not sufficient on board the F-14: in fact it requires another skilled crew member in the back seat, called Radar Intercept Officer (RIO).

The RIO had the responsibility to chose among four search radar modes, he selected the scan pattern of the radar from a dozen choices and assured the radar antenna search the correct portion of the sky. Once the targets are detected, the RIO advised the pilot where to fly to optimize radar performance and set up for the attack. He could also launch long range missiles pushing the red button in the rear cockpit.

In other words a trained RIO would have been essential against a Soviet bomber raid. But the F-14 RIO was also responsible for communication and navigation and he assisted the pilot for the checklists. But also during a dogfight the RIO can make the difference giving its contribution reporting airspeed or fuel state and reporting to the pilot even more important information like the position of the bogey during the air to air combat.

“Even though you’re doing the flying, I’m right here with you in the fight”, with these words a real Tomcat RIO, Dave “Bio” Baranek, in his book Topgun Days: Dogfighting, Cheating Death and Hollywood Glory as One of America’s Best Fighter Jocks, describes the crew coordination, the term which became an essential skill for every Tomcat crew. 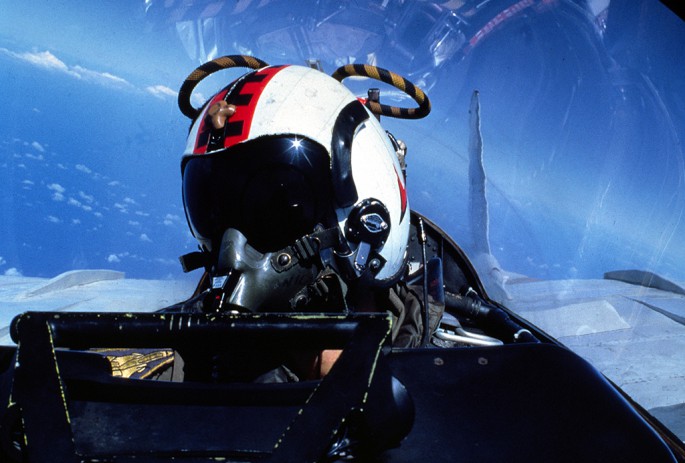 According to Topgun Days, a large fighter like the F-14, thanks to its design could win an engagement also against a smaller and more maneuverable fighter: a result that can be achieved only with an aggressive and trained crew.

To help the reader to understand the challenge of flying the F-14 Tomcat, Bio provides inside his book not only the full story of his career as Naval Flight Officer (NFO), but also some short intelligence briefings where you can even find several details about the history of the legendary Fighter Weapons School, the official name for the unit known as Topgun.

But the book is not only a detailed source of F-14 technical information since, as the title implies, Topgun Days also covers some never revealed before features about the realization of the most famous aviation movie, Top Gun.

So we discover that the first intercept of the MiG-28 (the movie fictional name of the F-5) was filmed over the Pacific from a Learjet 25 belonged to the air-racing legend Clay Lacy on board of which there was film’s director, Tony Scott.

After two head-on passes between the F-14s and MiG-28s, during which the two formations had been much closer than the normal 500-foot of separation generally required for safety purposes during training flights, the adrenaline that filled pilots was enough to make unforgettable that kind of experience.

But Tony Scott commented on the radio “Can we do it one more time, only a bit closer?”

Film’s director request was due to the fact that during the crucial passes between the black-painted bandits and the American Tomcats there was too much space between the aircraft and the two sections could not be fitted in the same frame.

For pilots this meant that they had to fly an even closer pass.

So, after the Tomcats made their turn, the lead Tomcat’s RIO called the distance every two miles, every twelve seconds and after this third thrilling faceoff at 700 MPH, Tony Scott eventually came up on the radio saying “That’s great gents! Super!”

Baranek’s book also includes more secrets about the making of the movie, because “Bio” took part to Top Gun flying in the rear cockpit of the only F-5 in a two seat configuration among those used in the movie and this is perhaps the best feature of Topgun Days: the perspective whose flew with the best trained American fighter pilots. 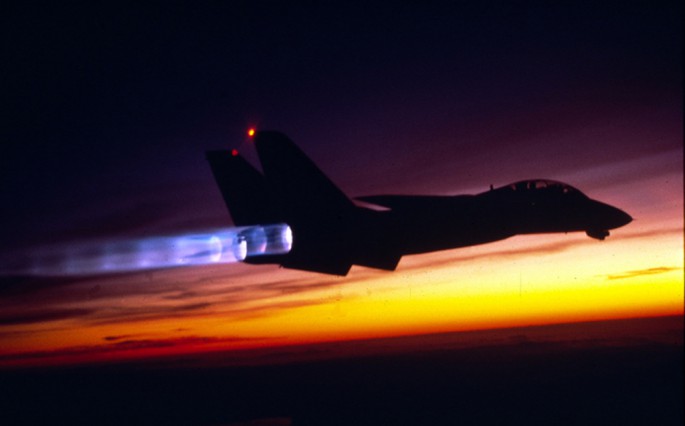 The Navy is focused on getting the first operational F-35C squadron ready for deployment in 2021. The US Navy deactivated one of its two F-35C Fleet Replacement Squadrons on May 23, 2019 in an effort […]

Ramos is The Premiere Aerial Photographer of U.S. Navy Aviation, Look at His Stunning Shots. Aviation fans everywhere are disappointed at the delay of the upcoming “Top Gun: Maverick” release until December 23, 2020. The […]

Boeing’s Autonomous MQ-25 T1 test asset flew with an ARS (Aerial Refueling Store) for the the first time. Boeing and the U.S. Navy have achieved a significant milestone in the development of the carrier-based unmanned […]