Journalist Andrew Potter based near the British air base at Akrotiri, Cyprus, reported (via Twitter) that two U-2 spyplanes arrived there in the afternoon of Aug. 29.

One U-2 had left RAF Fairford early in the morning and was plotted until it entered the French airspace: although its final destination is unknown, is safe to assume it went to Akrotiri.

Potter mentioned that the first U-2 to arrive made two attempts to land where as the second had no issues.

There are no reports of a second U-2 leaving Fairford before or after the reported departure, it must have come from elsewhere, possibly from a U.S. base in the Middle East, as Al Dhafra, in the UAE.

A further three U-2 examples are currently housed at RAF Fairford (UK); whether they stay there or move on to Akrotiri remains to be seen.

The arrival of the first two Dragon Lady aircraft amid growing tensions for the imminent U.S. attack and consequent build-up is a sort of mystery.

Media outlets reporting from Akrotiri highlighted the plane was to be stationed there for the imminent U.S. attack on Damascus’s Chemical Weapons.

Although this is not the first time the type has operated from the base (in the past for example they were used to monitor the Israeli Egyptian ceasefire in the 1970s) and several make routine stop, there would be no need to have them so close to Syria. On the other side, having these important ISR (Intelligence Surveillance Reconnaissance) planes 200 km from the Syrian coastline would expose them to an eventual retaliatory attack. 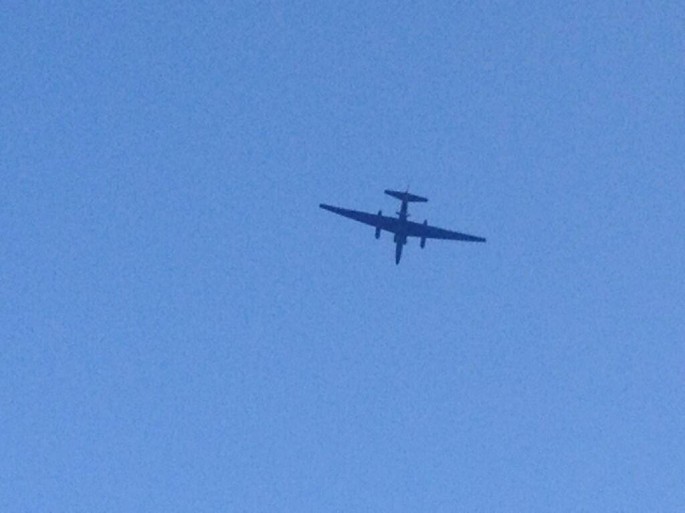 As for RAF assets at the base it is thought there are two Tristars, a A-330 Voyager, an E-3 Sentry, the six Typhoons mentioned earlier and a BAE 146 that ferried out further crews and there must be C-130s also moving equipment.

Details as per the U.S hardware at the base is a little more scarce, although the two U-2’s have been confirmed and photographed.